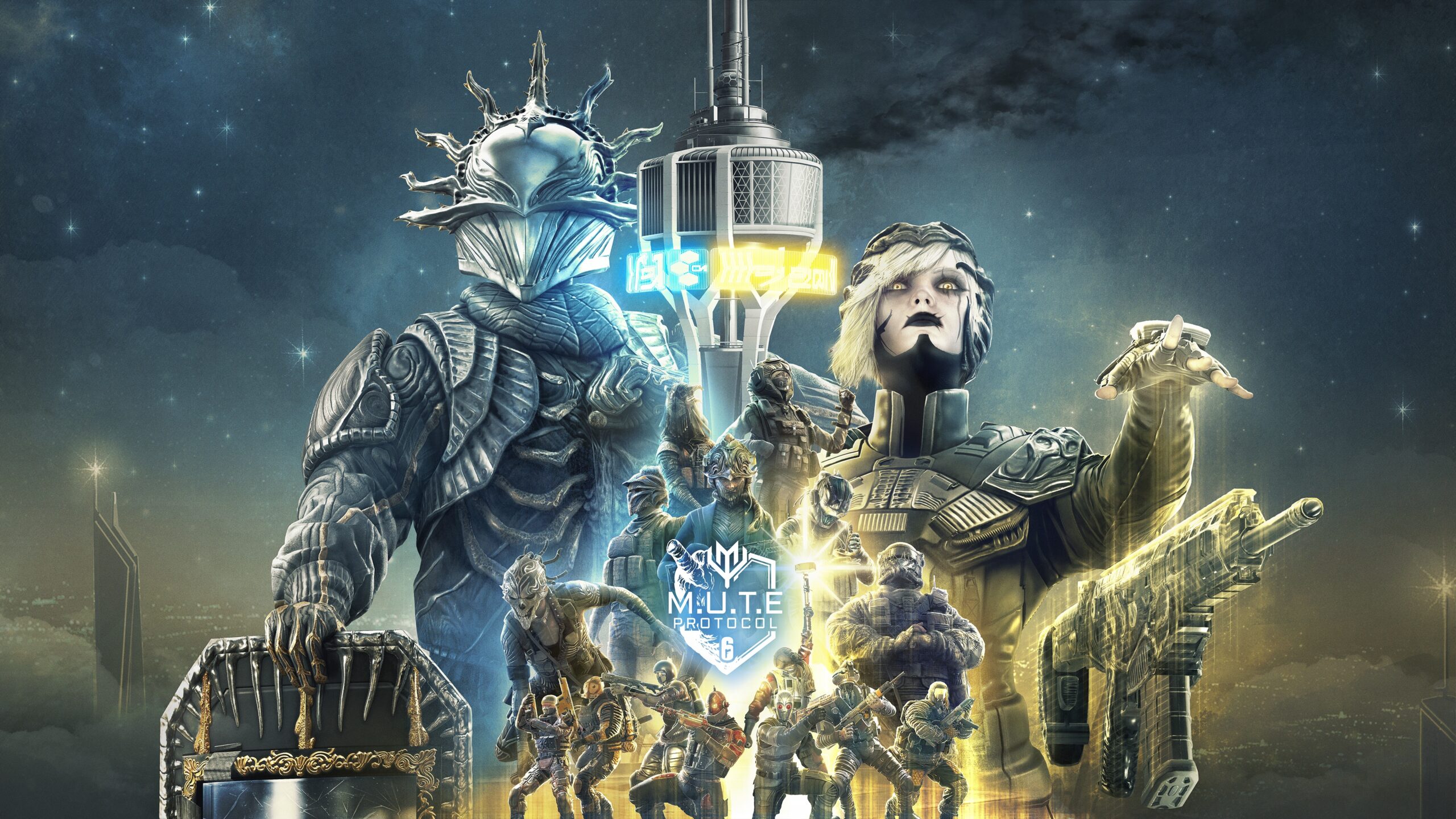 Ubisoft announced that the limited-time event M.U.T.E. Protocol: Flesh and Metal will be active starting later today on Rainbow Six Siege and up until August 23rd.

The brand new game mode is called Arms Race and will play very differently from the regular Siege. Every Operator has the same loadout and abilities. If players eliminate an opposing player, they upgrade to a new weapon tier. Eliminated players quickly respawn, regress one weapon tier back, and return to the battlefield. The main objective is to reach the highest weapon tier: The Golden Hammer. Using this Golden Hammer, players win a round by smashing the Brain’s shields on the map, as it is the only weapon that can properly shut the shields down and win a round. Additionally, powerups are scattered across the map, and all players are equipped with a Power Dash that can barge through walls.

Unlike normal Rainbow Six Siege gameplay, M.U.T.E. Protocol: Flesh and Metal’s Arms Race is symmetrical, so there are no predefined attackers or defenders. That said, one faction always starts with the Smoke’s FMG-9 weapon, while the other is equipped with Mute’s MP5K weapon. Matches are played at the best of three.

The M.U.T.E. Protocol: Flesh and Metal event also comes with a new collection that contains uniforms, headgear, and weapon skins for all Operators available to play during the limited-time event. Additionally, Ubisoft is bringing back the original collection from the previous M.U.T.E. Protocol event. Players who purchased one or several bundles from this past event will receive the corresponding Operator Card for free.

A few weeks ago, Ubisoft also confirmed the delay of several announced features like the Ranked 2.0 system, the Restrictions on voice chat, and the Reputation Score display beta from Year 7 Season 3 to Season 4. The roadmap has been updated as a result.

Legal Heat Intensifies Against Celsius, Custody Users Wage War to Get Rights to Their Funds

Jason Aaron’s Avengers Run Will Come To An…