First discovery of microplastics from water trapped on plant leaves 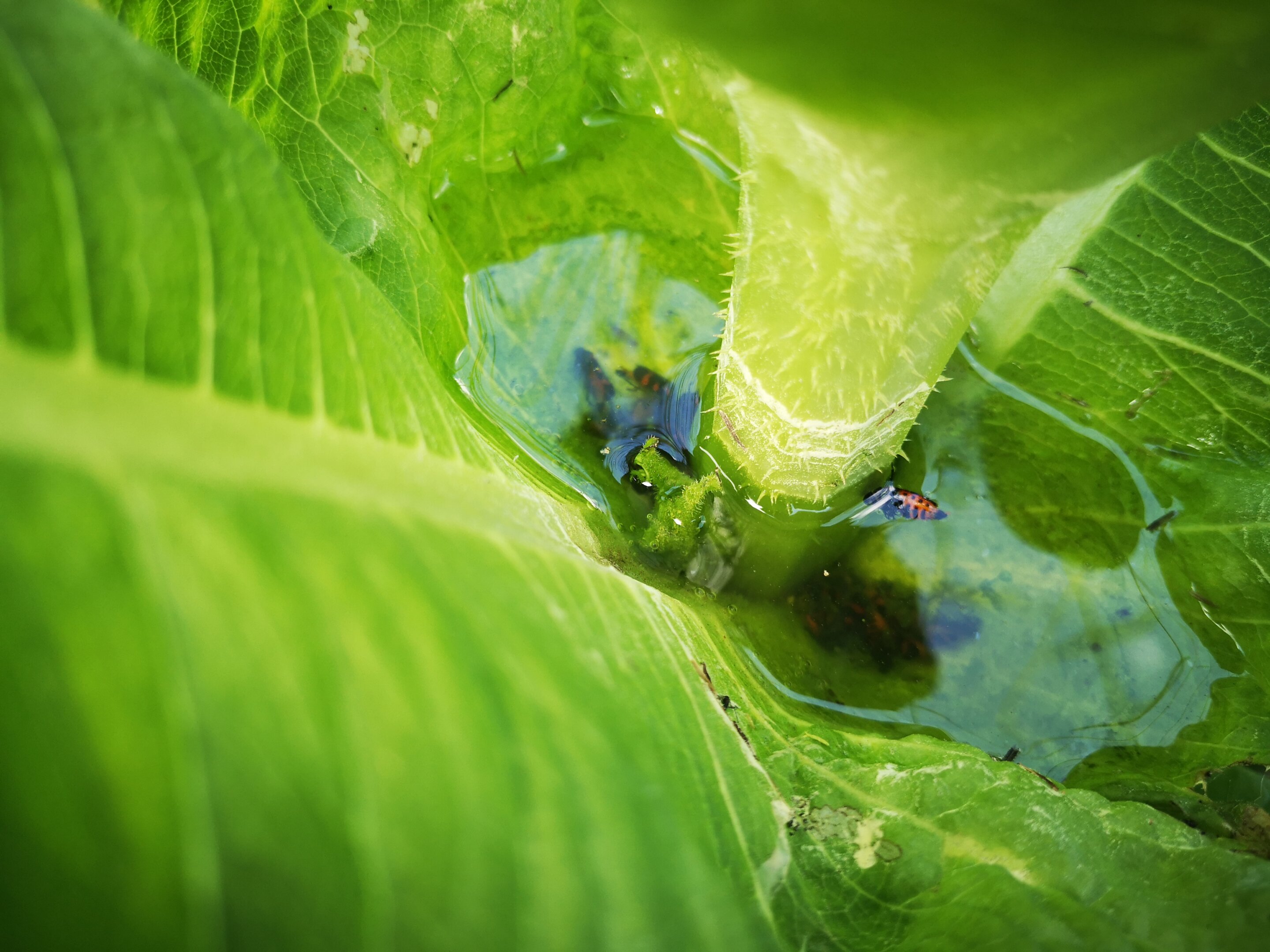 Although they have not been around for long, microplastics have found their way to almost every ecosystem on the planet. They have been discovered in the soil, in rivers, in our food and bottled water, and even in the human body. Recently, a team of researchers found, for the first time, microplastics in water trapped in plant leaf axils.

Katarína Fogašová, Peter Manko, and Jozef Obona of the University of Prešov, Slovakia, initially set out to Eastern Slovakia to study the organisms living in the little water puddles forming in teasel leaf axils.

Teasels of the genus Dipsacus have characteristic opposite leaves that grow on the stem above each other in several levels. As they clasp the stem, they form cup-like structures that collect water, known as telmata.

“Teasel phytotelmata are a relatively common but overlooked aquatic microcosm with a very short-term occurrence of only three to four months.”

To their surprise, they found differently colored fragments and fibers, some reaching 2.4 mm in length, which were identified as microplastics.

“These phytotelmata are very small and have a short lifespan,” the researchers write in their paper, which was published in the journal BioRisk. “The question is, therefore, how were they polluted with microplastics?”

No other sources of contaminants were found in the studied area, so the fragments and fibers most likely came from polluted atmosphere, they suggest. Another theory is that snails may have transported them from the soil or from other plants, in or on their bodies.

“The first finding of microplastics in small short-term water reservoirs created by plants is further evidence that contamination of this kind spreads through various pathways and probably no environment on Earth is safe, which of course makes our discovery quite disheartening,” the researchers say.

“On the other hand, the results of our research of teasel phytotelmata, as a very unusual and highly specific natural environment, offer many possibilities for use in researching the spatio-temporal characteristics of the spread of microplastic pollution and its potential impact on the plants themselves, as well as organisms bound to them by ecological relations.”

They suggest that, due to their abundance and theoretical ability to capture microplastics in several ways from the environment, teasel phytotelmata could be a good indicator of microplastic presence.

“Our publication therefore not only brings the first discovery of microplastic pollution of habitats of this type, but also the first proposal of a new approach to the use of teasel phytotelmata and similar micro-ecosystems provided by plants (or artificially created), as bioindicators of the presence of microplastics in the environment, possible sources and pathways of their spread through the environment and spatio-temporal changes in microplastic contamination.”