Firefighters battle California wildfire as heat wave grips much of US 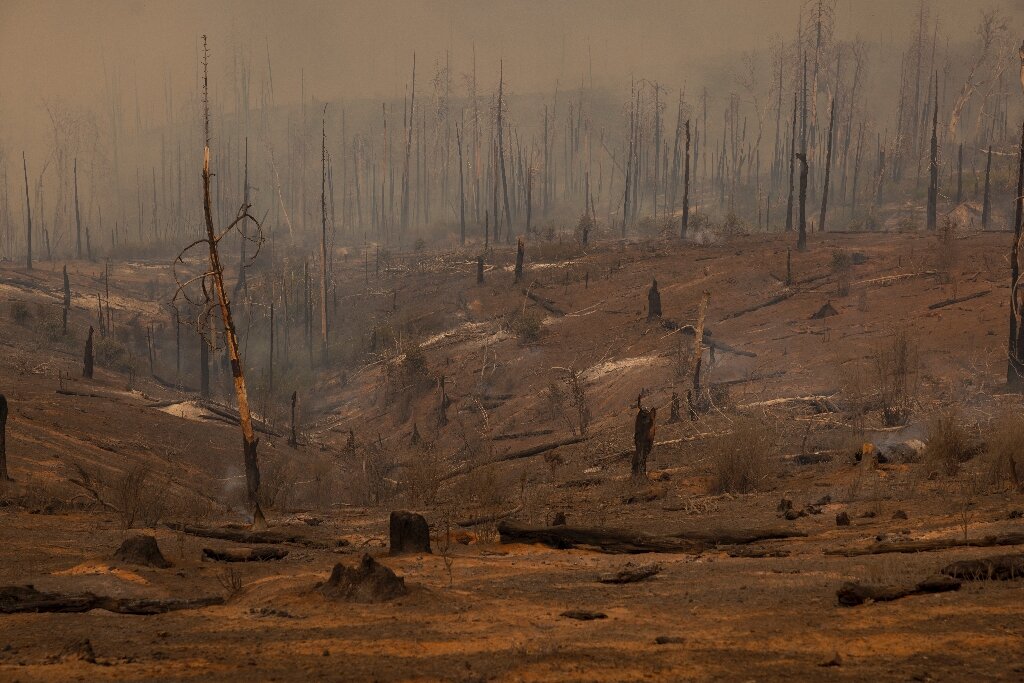 California firefighters were making slow progress Monday battling a raging wildfire near Yosemite National Park that will force some residents to evacuate with “just the shirts on their back,” officials said.

The latest blaze—which has already forced thousands to evacuate—comes as much of the United States remain in the grip of a sweltering heat wave.

“What we’re seeing on this fire is very indicative of what we’ve seen in fires throughout California, in the West over the last two years,” Jon Heggie, a Cal Fire battalion chief, told CNN.

“These fires are burning with just such a velocity and intensity it makes it extremely challenging and extremely dangerous for both the public and the firefighters,” Heggie said.

“It’s moving so quickly it’s not giving people a lot of time and they sometimes are just going to have to evacuate with just the shirts on their back,” he said.

The Oak Fire has forced the evacuation of several thousand people so far, officials said, and the hot and dry conditions and steep, rugged terrain are complicating firefighting efforts.

More than 2,000 firefighters backed by 17 helicopters have been deployed against the Oak Fire, which broke out on Friday near the vast Yosemite National Park in central California.

California Governor Gavin Newsom on Saturday declared a state of emergency in Mariposa County, citing “conditions of extreme peril to the safety of persons and property.”

In recent years, California and other parts of the western United States have been ravaged by huge and fast-moving wildfires, driven by years of drought and a warming climate.

“What I can tell you is this is a direct result of what is climate change,” Heggie told CNN.

“That drought is what drives what we are calling megafires.”

Evidence of global warming could be seen elsewhere in the country, as 60 million Americans were under a heat advisory on Monday.

Temperatures of 100 or more degrees Fahrenheit (37 degrees Celsius) are forecast across parts of eastern Kansas and Oklahoma into southern Missouri and northern Arkansas.

Not even the usually cool Pacific Northwest will escape the far-reaching heat, with temperatures forecast to reach record highs in some areas.

Cities have opened cooling stations and increased outreach to at-risk communities such as the homeless and those without air conditioning.

Various regions of the globe have been hit by extreme heat waves in recent months, such as Western Europe in July and India in March to April, incidents that scientists say are an unmistakable sign of a warming climate.

The extreme weather prompted former vice president Al Gore, a tireless climate advocate, to issue a stark warning on Sunday about “inaction” by US lawmakers.

Asked whether he believes US President Joe Biden should declare a climate emergency, which would grant him additional policy powers, Gore was blunt.

Love it or hate it, Funko is entering the AAA game space