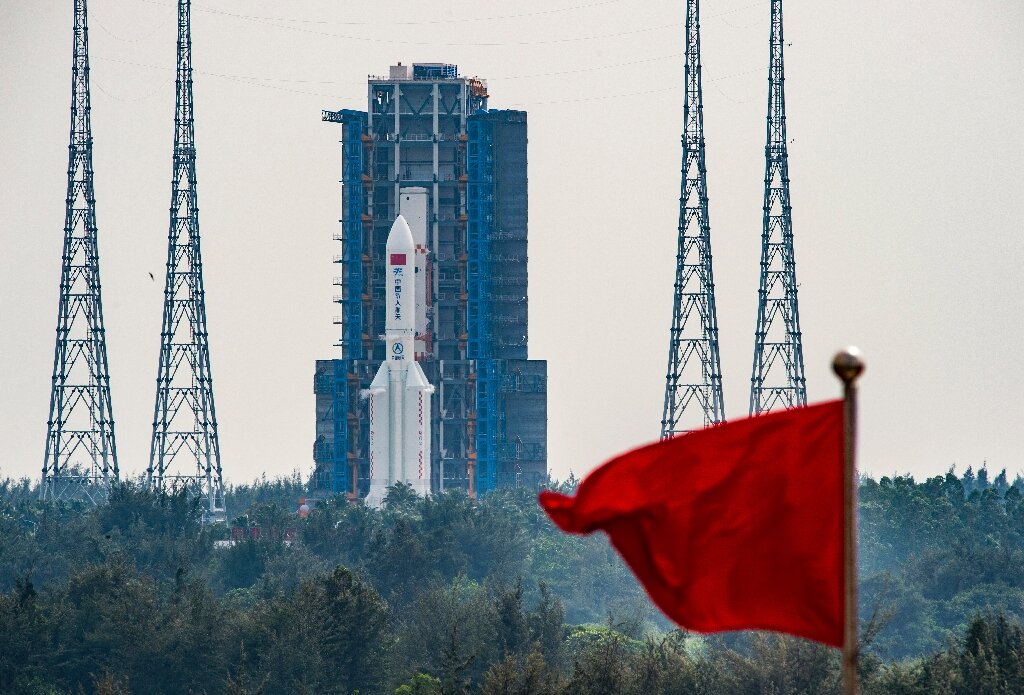 The final module of China’s Tiangong space station successfully docked with the core structure on Tuesday, state media said—a key step in its completion by year’s end and a landmark moment in the country’s space ambitions.

Tiangong is one of the crown jewels in Beijing’s well-funded programme—which has landed robotic rovers on Mars and the Moon, and made the country only the third to put humans in orbit—as it looks to catch up with major spacefaring powers like the United States and Russia.

China has been excluded from the International Space Station (ISS) since 2011, when Washington banned NASA from engaging with Beijing.

“In terms of scientific and commercial aspects, it is always good to see new players coming…. Competition will always speed up innovation,” he added.

The lab module, named Mengtian—or “dreaming of the heavens”—was launched on a Long March 5B rocket from the Wenchang launch centre on China’s tropical island Hainan, state broadcaster CCTV reported.

Amateur photographers and space enthusiasts watched the launch, which took place at 3:27 pm local time (0727 GMT), from a nearby beach.

About 10 minutes in, the event was declared a “complete success” by launch site commander Deng Hongqin.

Over the past two years, China has successfully sent up the core module, three manned spacecraft, the Wentian lab module and several cargo spacecraft to build Tiangong.

Mengtian is the third and final major component of the T-shaped space station, and is almost 18 metres (60 feet) long, weighing 23 metric tonnes (50,700 pounds).

It carries scientific equipment that will be used to study microgravity and carry out experiments in fluid physics, materials science, combustion science and fundamental physics, the space agency said.

“If successful, the cold atomic clocks will form the most precise time and frequency system in space, which should not lose one second in hundreds of millions of years,” said Zhang Wei, a researcher at the Chinese Academy of Sciences.

The three-member crew of the Shenzhou-14 mission, who are currently living in the space station, will be joined by three more astronauts to complete construction of Tiangong by the end of this year, according to the space agency.

Once completed, the Tiangong space station is expected to have a mass of 90 tonnes—around a quarter of the ISS—or similar in size to the Soviet-built Mir station that orbited Earth from the 1980s until 2001.

Tiangong, which means “heavenly palace”, will operate for around a decade and host a variety of experiments in near-zero gravity.

Next year, Beijing plans to launch the Xuntian space telescope with a field of view 350 times that of NASA’s Hubble Space Telescope.