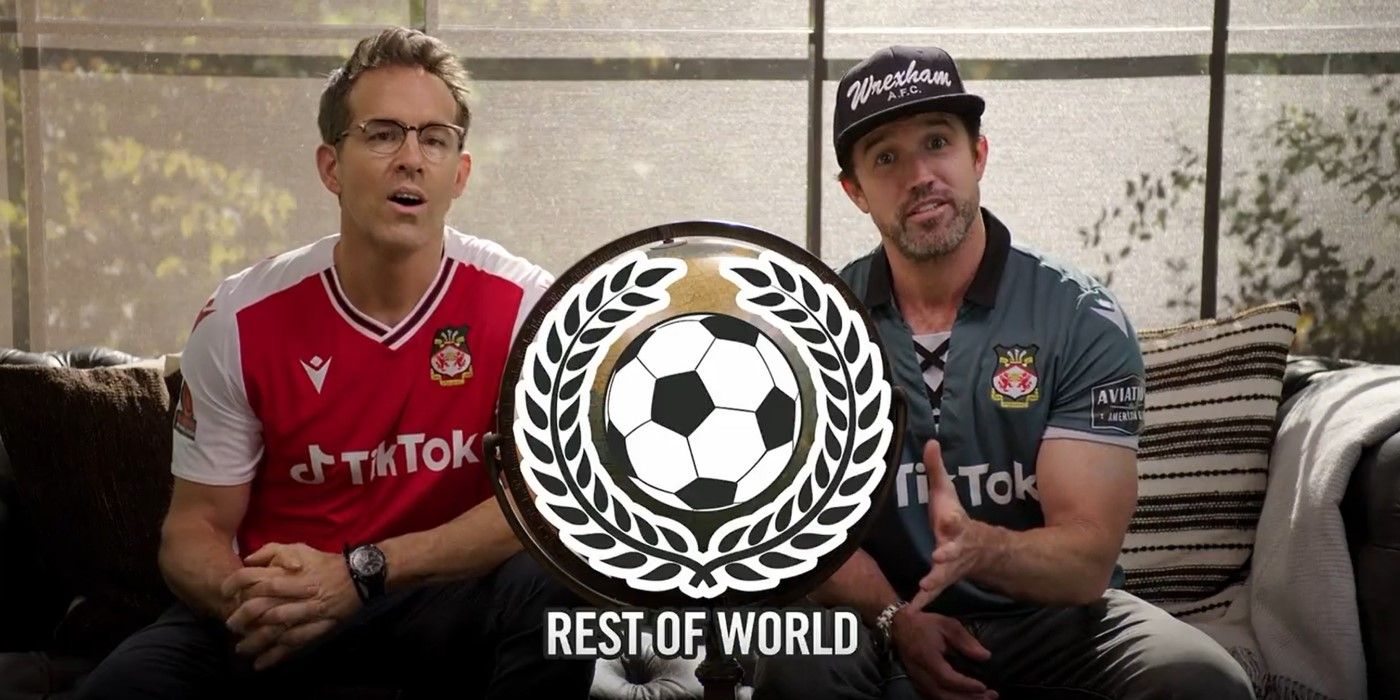 Ryan Reynolds, co-owner of the Wrexham AFC football club and I’m sure nothing else important, announced via Twitter that his team will be in FIFA 22 in a hilarious promo that attempts to teach us geography. He’s joined by his fellow co-owner Rob McElhenney in order to inform us about the part of the world formally known as “Rest of World.”

The two shared that Wrexham would be available in FIFA‘s Kick-Off mode, listed under the “Rest of World” category because no other National League teams made the cut. This, of course, was the basis for a promo where the pair makes an attempt to explain where “Rest of World” is and what it constitutes.

“Rest of World is an important geographic area known for its random assortment of cultures, climates, and football clubs,” Reynolds elaborates in a very helpful explanation of where Wales is (it’s not in the United Kingdom, apparently). “If you’re planning on visiting Rest of World, please consider visiting Wrexham. It’s a proud team honored to be in FIFA 22.”

Wrexham AFC wasn’t likely to make a FIFA title anytime soon given that it’s not a part of a major league, but it helped that their owners are both celebrities in high regard with Reynolds being one of the most beloved actors ever. Eurogamer originally broke that Wrexham would be added to the game when EA accidentally spoiled the surprise and had Wrexham on their list of teams included in the game.

They inked a multi-year contract with the small Welsh team in which EA will not only include the team in-game but help with community efforts off the pitch in partnership with Wrexham Glyndwr University.

Humphrey Ker, Wrexham’s executive director, expressed his excitement for the team’s recognition as an iconic club and brand. He expressed as much in an official statement:

There are only a small number of brands within football that can be classed as iconic and that every club wants to be associated with. Everyone is truly excited about Wrexham joining FIFA 22. The co-chairmen talked about making Wrexham a global force when they became its custodians and are now able, with our fans, to take on the Rest of the World, as part of that journey.

FIFA 22 launches on October 1 for all platforms and you’ll be able to take on “Rest of World” as the Wrexham Red Dragons at release. Check out the comedic promo below to learn exactly where and what “Rest of World” is.

One mystery remains: when the movie will be released.

AMD vs Intel: which chipmaker does processors better?