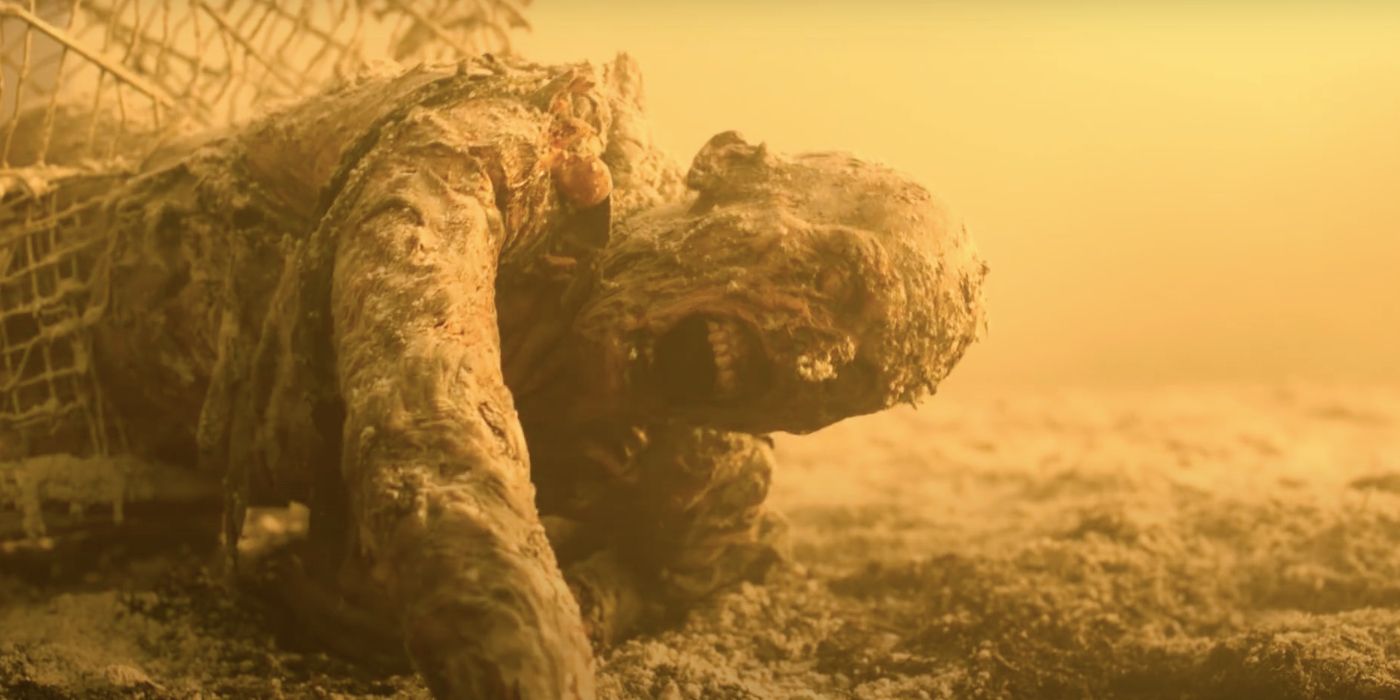 AMC renewed the show for another season in December 2020. It was announced during Fear the Walking Dead‘s [email protected] panel that season 7 would premiere on AMC on October 17th, but will be accessible earlier for AMC+ subscribers. Season 7 is set to contain a total of 16 episodes and will mark the fourth consecutive season that Ian Goldberg and Andrew Chambliss will have acted as showrunners for the spin-off. There are several other Walking Dead shows and movies in the works, but aside from the main series, Fear the Walking Dead is considered to be the most popular show in the franchise.

The official YouTube channel for The Walking Dead posted a first-look clip at Morgan and Grace in Fear the Walking Dead season 7. The clip opens on a crying baby in a beached submarine who’s upset due to being hungry. The remainder of the clip gives viewers a first look outside after the nuclear fall-out. A zombie is stuck in a shopping cart, which has clearly been impacted by the nuclear levels. See below for the full clip:

It’s clear that the repercussions of what occurred in the finale of season 6 have had a huge impact on the upcoming season. Being trapped in the nuclear wasteland with a young g child only makes the situation more severe. As Grace walks through the landscape, the world is an entirely different place than before. Goldberg’s previous comments regarding the changes occurring in this season are now visibly clear, as the nuclear fallout has changed the stakes and increased the amount of danger that the characters have to face.

If this clip is any indication, Fear the Walking Dead season 7 has the potential to take things in a very different direction. While this is certainly a welcome aesthetic change, audiences will have to wait to see how this changes the story and the characters’ journies. The goal of survival just got drastically more difficult due to the fallout depicted in this clip. With Fear the Walking Dead premiering on October 17 on AMC, the nuclear zombie apocalypse theme will be exciting to witness just in time for the Halloween season.

Next: Fear TWD Is Wasting Its Perfect Zombie Spinoff Idea

Why Do Bad Policies So Often Spread But Good Ones…