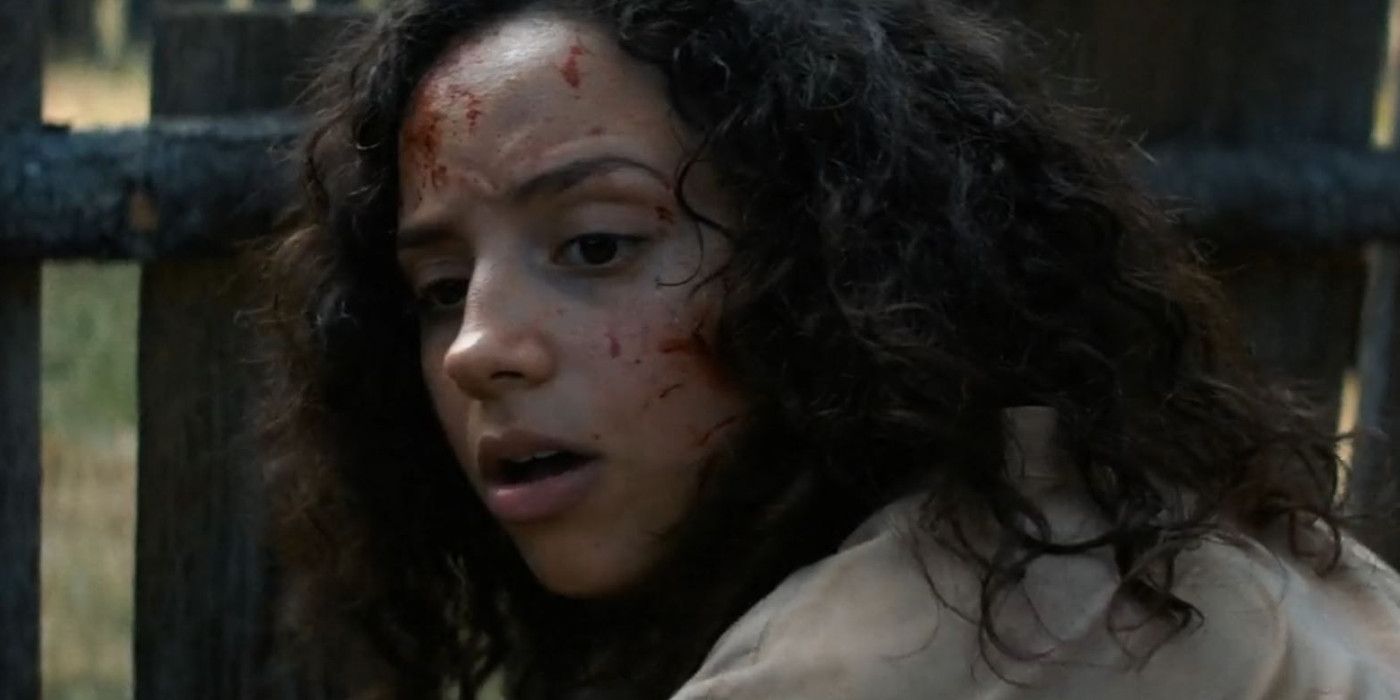 Fear Street co-writer/director Leigh Janiak says that the first time she met R.L. Stine was embarrassing. The Netflix film trilogy is based on the teenage horror book franchise created by Stine in 1989. The original publication ran through 1999. He wrote some spin-offs, but it wasn’t until 2014 that he would bring back the original book series. While Stine also wrote the Goosebumps books, Fear Street follows older characters with more mature content.

The adaptation rights were originally acquired by 20th Century Fox, although the rights were ultimately purchased by Netflix after The Walt Disney Company bought 21st Century Fox. Janiak filmed all three films of the trilogy back-to-back, which would then go on to be released on the streaming platform weekly. The trilogy installments are titled Fear Street Part One: 1994, Fear Street Part Two: 1978, and Fear Street Part Three: 1666, respectively. Janiak has mentioned that she has more ideas for future installments and would be interested to return to this universe.

When speaking with Cinema Blend, Janiak talked about her experience meeting Stine while on set for Part Three: 1666. She was incredibly excited to meet the legendary writer, although she didn’t find herself very presentable given the heat and humidity on set. Janiak recalled the incident as feeling like a nervous fan. See below to read about her full experience:

“I think that the biggest one was meeting R.L. Stine, although it was such an embarrassing moment for me. We were shooting movie three, the 1666 part, and we were at the village set. It was so hot and so gross out, and I don’t know we were like 10 hours into shooting. Someone came up to me and was like, ‘R.L. Stine is here today. Would you like to go meet him?’ I was like, ‘I mean, of course!’ I was so gross, I was sweaty and my braids were like … full of humidity. It was like crazy, the humidity was insane.”

“And I have no idea what I said. I had spoken to a lot of people in his kind of world, and part of his estate. But I had never met him, and I was just like, I felt like a real nervous fan; but it was incredible.”

While the Fear Street trilogy wasn’t filmed in chronological order, Janiak pulled off an impressive feat by filming them back-to-back. Based on this interview, there’s no way to know how the conversation went or what Stine’s first impression was. However, it’s likely that he understood that particularly on a hot, humid set, many folks aren’t going to look their best. Surely the most important element in question was that Janiak was doing his original book franchise justice. Given that Fear Street was being talked about constantly over the three weeks of the trilogy’s release dates, it’s clear that it was successful.

The Fear Street trilogy concludes in a way that no more films need to be made to tell this story, although it does leave hope for more installments in the Fear Street universe. There are an abundance of different routes that Janiak could take with future entries, although there hasn’t been any official word on if Netflix wants to move forward with more installments. Even if this trilogy marks the end, Janiak has proven herself to be one to watch as she moves forward with other projects in the future.

Next: Fear Street: Why Nick Sent The Killers After Sam

Fear Street Part 3: 1666 Ending Explained: The Truth About Sarah Fier And The…

Blake Stone was the best FPS until Doom released a…

Man Of Steel Writer Explains Why Marvel Movies Are…

Uproar in Greece as mascot seal killed in…

The Steam Deck Queue Showed How Companies Can…