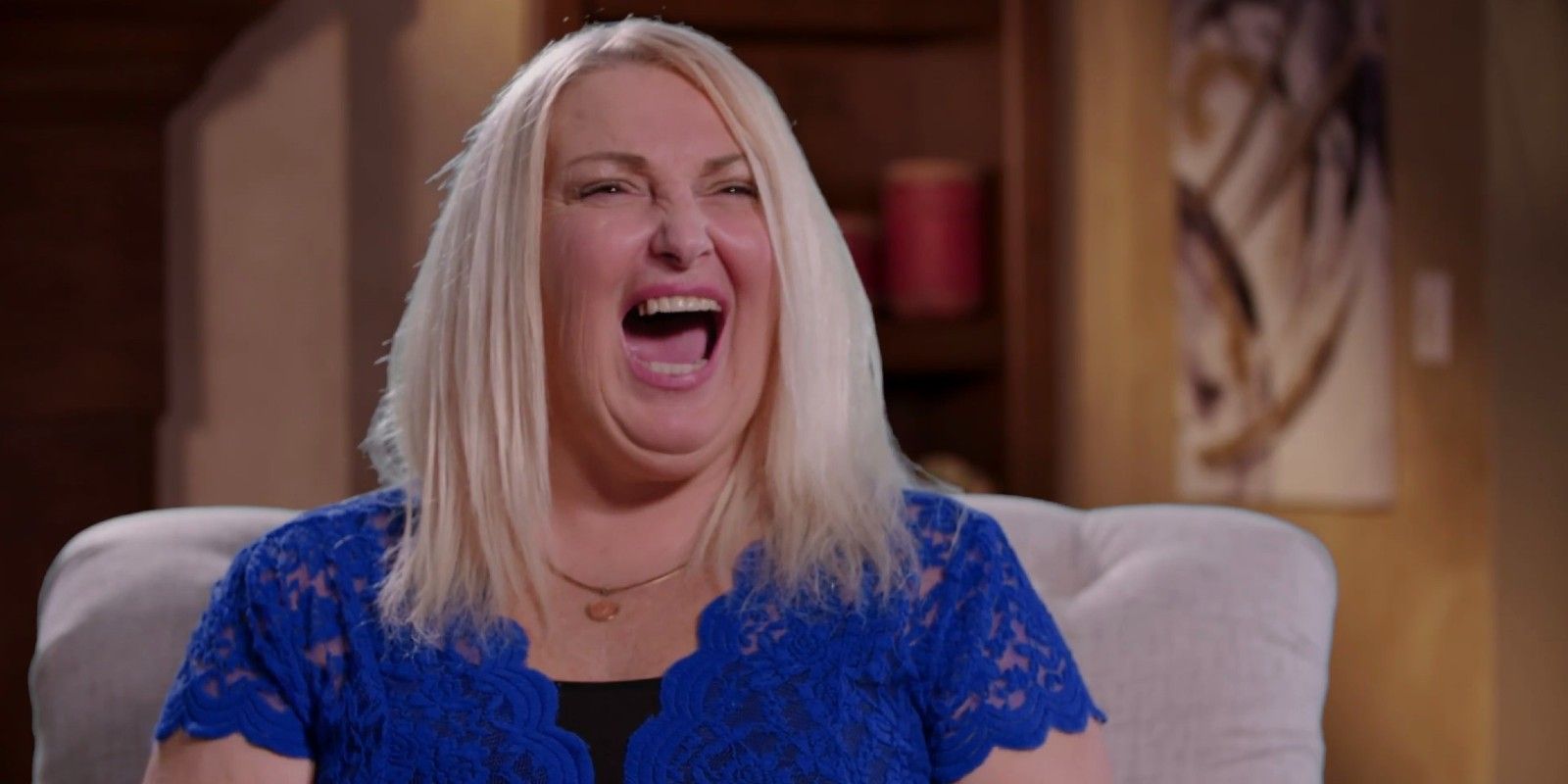 Angela’s latest blowup at Michael on HEA struck viewers as problematic and abusive, and American fans are embarrassed she represents their country.

After yet another blowup with her husband Michael on 90 Day Fiancé: Happily Ever After?, fans are disgusted with Angela Deem’s behavior and want the world to know that not all American women are like her. Viewers have grown tired of Angela’s crass brand of  ‘Southern charm’ and think the way she treats her husband and everyone around her is toxic. Bad behavior is bad behavior, regardless of whether it’s wrapped up in an American flag, and fans are sick of Angela making excuses for her own failings.

Much of Happily Ever After? season 6 has focused on Angela’s weight loss, but her storyline recently took a turn when she started getting alarmingly jealous and possessive of Michael. Angela saw a cell phone support specialist to see about illegally hacking Michael’s phone to track his location. While at the store, Angela and Michael got into a fight over the phone that turned into a screaming match, much to the dismay of the poor shopkeeper. The couple’s phone call went from bad to worse, and viewers found Angela to be the epitome of the ugly American stereotype.

Over the phone, Angela screeched at Michael, saying “I am that b**** your mama warned you about…I’m the American prideful b****.” Throughout their argument, Angela also repeatedly called Michael an “ugly son of a b****.” Fans have dragged Angela for her poor treatment of Michael, but this time was different. Even the shopkeeper commented “she just start yelling the moment that (Michael) answer the phone. The fight start right away. So it was uncomfortable.”

American fans wanted to distance themselves from Angela’s problematic behavior, and one commented, “As an outspoken American woman, I’d like to say Angela Deem does not represent us.” Another quickly pointed out that “there’s definitely a difference between outspoken and rude.” Although some fans think Michael doesn’t really love Angela, they still don’t agree with the way Angela treats him. Many called her “trashy” and “disgusting,” and another added, “She excuses everything because she’s living in the land of the free.”

Many fans give Michael a lot of credit for putting up with Angela’s antics, and for good reason. Angela’s behavior is completely unacceptable, and if the gender roles in their relationship were reversed it would be alarming and dangerous. “I don’t see it (as) spying because I’m his wife…he’s the one making me have to do this,” Angela said of trying to hack Michael’s phone, which is just the sort of language that abusers love to use.

There are a lot of couples to criticize on 90 Day Fiancé: Happily Ever After?; however, Angela and Michael’s relationship is especially dysfunctional. Angela’s behavior is often abusive, which is completely unacceptable when coming from a man or a woman. Though she’s always quick to flaunt her “Americanness,” fans from the U.S. hate to see her representing their country. Her crass attitude and problematic behavior are all Angela, and are not representative of all Americans. Being outspoken is one thing, but Angela uses it as an excuse to act however she wants, and fans are officially over it.

How to Watch This Month’s Spectacular Perseid…

Google’s flagship Pixel phones may not come to…