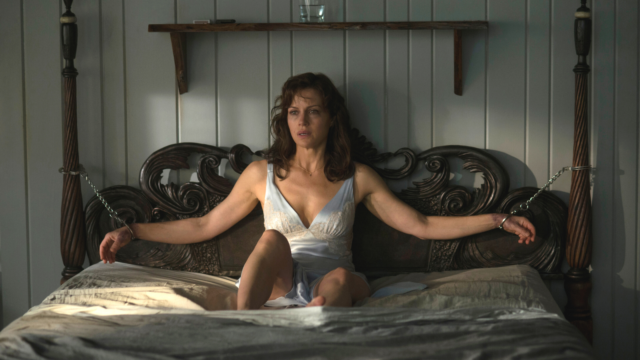 When you’ve written as many books as Stephen King, it’s only natural for big Hollywood studios to come a-knocking in the hopes of adapting it into a big budget movie.

King’s works have been translated into some of the most beloved films of all-time, while on the odd occasion they end up like either attempt at Firestarter. But thanks to the beauty of perception around art and free speech, you can express whatever opinion you want on films. Today, discussion is taking off about the best lesser-known adaptations of the many works of the King of Horror.

There’s very obvious classic King adaptations, such as The Shawshank Redemption, The Shining, and Stand By Me. All of those are brilliant, but the King pool is much more of an ocean than a puddle for content.

Mike Flanagan has made a name for himself in recent years with his heavily Stephen King-inspired miniseries Midnight Mass, but he did direct a strong version of Gerald’s Game for Netflix.

Samuel L. Jackson-led 1408 is another one that got plenty of mentions, with the hotel room from hell receiving praise from movie buffs.

The Running Man definitely veers from the original book’s direction, but it also found some fans in the comments section. It does have Arnold Schwarzenegger back in his heyday, making this film instantly feel very 1980s.

Sleepwalkers is an interesting one, it was the first film adaptation that King himself wrote. While thankfully he didn’t direct it like he did Maximum Overdrive, it still got very negative reviews. A 33 percent rating on Rotten Tomatoes isn’t spectacular, but there’s been a push for a sequel as recently as April 2020.

There’s so much King content available, and his influence across not just horror but general pop culture can be felt everywhere. You’d be struggling to find a recent horror release that doesn’t at least slightly owe its existence to King’s stories.