Facebook Is Getting Its Own Podcast Platform This Month: Report 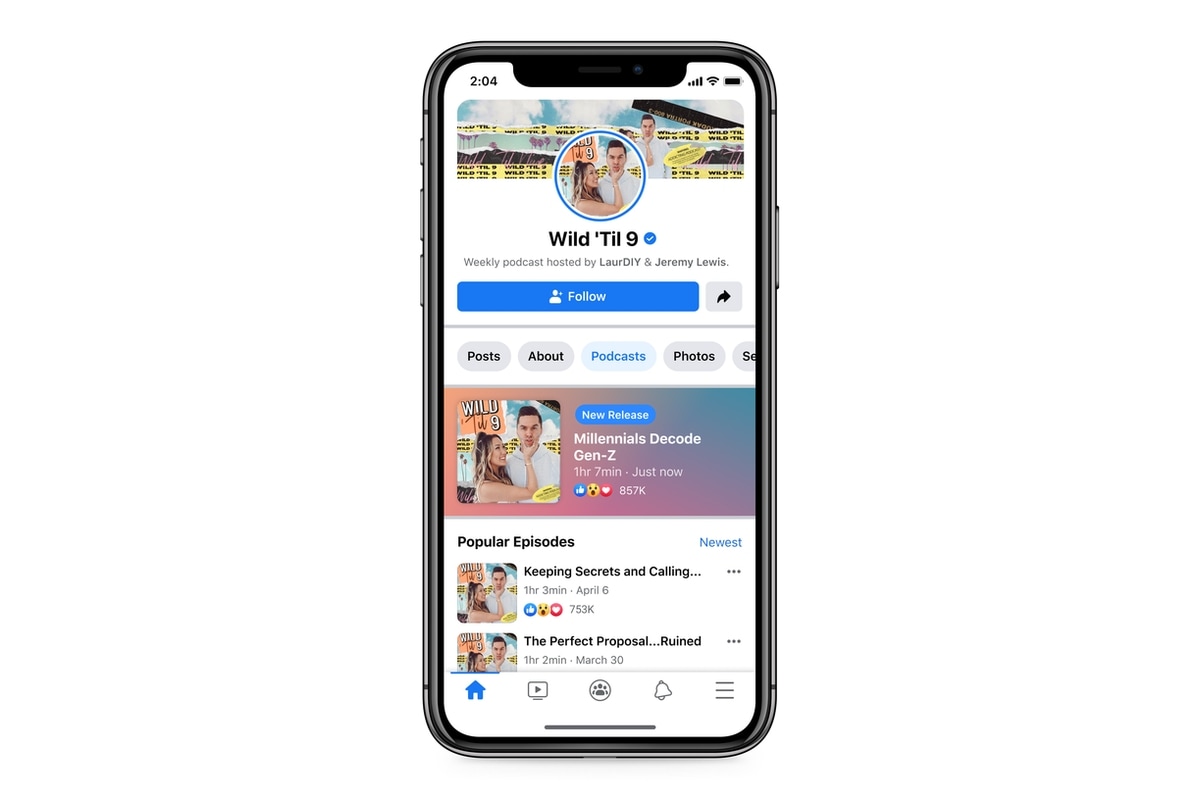 Facebook is reportedly planning to introduce a new podcast product on June 22. Once the feature is rolled out, the social media platform will also allow its users to access their favourite podcasts on Facebook and also create sound clips from their favourite shows and share them on Facebook pages. The episodes of their selected podcasts will appear under a new Podcasts tab that hasn’t been made live yet but was showcased by Facebook in April. The social media giant has also released its podcast terms and conditions that can be viewed by anyone.

The Verge reports that it received emails from Facebook regarding the upcoming podcast feature, which is expected to be live on June 22. The social media giant will allow podcast hosts to link their RSS feed to Facebook, and the social media platform will then automatically generate News Feed posts for new podcast episodes. The episodes will be visible under a new Podcasts tab on a Facebook page, which was showcased in April when Facebook made the announcement about introducing a new podcast platform.

A report by Podnews earlier this month had also indicated the release date of Facebook’s new podcast feature. The social media giant, which also confirmed the launch date to The Verge around the same time, had reportedly said that the new feature will be exclusively available to a handful of publishers. However, Podnews reports that many podcast publishers have received the emails, hinting that it may have a wider rollout than initially planned.

The social media platform will also provide an option to podcast publishers to decide whether they wish to enable clips. These clips, up to a minute in length, will be created and shared by listeners to “help increase visibility and engagement”. A similar feature is available for users on Twitch. In April, Facebook had also announced Soundbites, which will enable users to create short, shareable audio clips in the News Feed on the platform.

The move may be a way to compete with Spotify in the podcast segment. In November 2020, Spotify signed a deal with Megaphone, a podcast advertising and publishing platform. The music streaming service will use Megaphone’s resources to create targeted advertisements along with making its proprietary advertisement monitoring tools available to third-party podcast publishers.

Denial of responsibility! TechCodex is an automatic aggregator of the all world’s media. In each content, the hyperlink to the primary source is specified. All trademarks belong to their rightful owners, all materials to their authors. If you are the owner of the content and do not want us to publish your materials, please contact us by email – [email protected]. The content will be deleted within 24 hours.
facebook podcastsfacebook podcasts tab page platform launch june 22 soundbites rss news feed spotify megaphone advertisements facebookpodcastssoundbites
0
Share