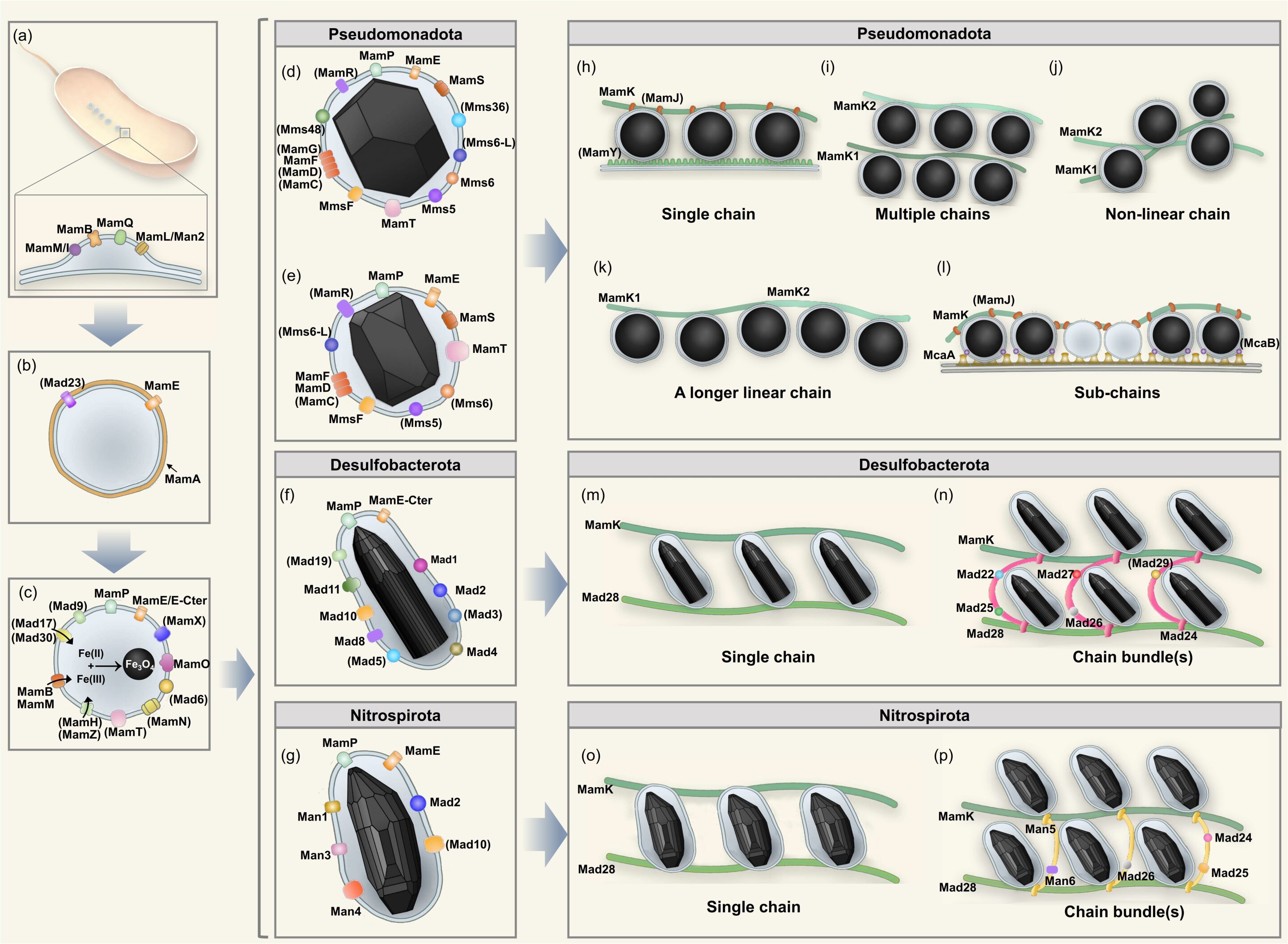 Magnetosomes are often organized into one chain or several chains. Both the morphology of magnetosome crystals and the content of magnetosome genes vary among taxonomic groups or even species/strains.

However, most progress in systematically understanding magnetosome formation relies on two genetically tractable strains AMB-1 and MSR-1, which are affiliated with the genus Magnetospirillum of the Pseudomonadota phylum.

Both strains form cuboctahedral magnetite particles that are organized into a single chain. Considering the phylogenetic diversity of uncultured MTB and their diverse magnetic crystal morphologies and chain assemblies, a general model for gene networks that control or regulate magnetic particle biogenesis and chain assembly is still lacking, and because such a model is impossible to determine from a small number of cultured MTB strains alone.

In a study published in National Science Review, Prof. Li Jinhua and his group present a workflow for the first time for comparative genomic and phenomic analysis of cultured and uncultured MTB to evaluate the roles of gene networks in determining their crystal morphology and chain assembly.

They acquired 15 new datasets, each of which corresponds to an uncultured MTB strain and contains corresponding genomic and magnetosome morphological information. Combined with 32 others from previously reported and well characterized cultured and uncultured MTB strains, they present the largest available genomics-magnetosome association database.

“These new results significantly expand our knowledge about the genetic basis for magnetosome biomineralization. They also shed light on molecular mechanisms related to crystal morphology and chain assembly of magnetosomes in different MTB taxonomic groups, which is largely unknown from previous studies,” Jinhua Li says.

“Moreover, it provides genetic evidence for the phylum-specific morphology of magnetosome magnetite, and magnetofossil crystal morphology from the ancient geological record can, therefore, be a reliable proxy for the taxonomic lineage of ancient MTB and their paleoecology,” Yongxin Pan says.

Although the general model remains incomplete, it provides new insights into magnetosome gene function and chain assembly particularly for MTB other than magnetotactic Magnetospirillum. With this gene network, in vivo site-directed mutagenesis of cultured strains or heterologous magnetosome gene expression could be used in future to better understand molecular mechanisms of biogenesis and chain assembly of prismatic and bullet-shaped magnetite.

Also, several proteins (e.g., Man1 and Mad2) may provide pertinent targets for biomimetic synthesis of highly elongated magnetite nanoparticles. Due to their significant shape anisotropy, such nanoparticles have higher magnetic coercivity than spherical or cuboctahedral ones, which could make them suitable for applications in nanomedicine and nanotechnology.