Everything We Learned About Warframe’s Heart of Deimos Expansion 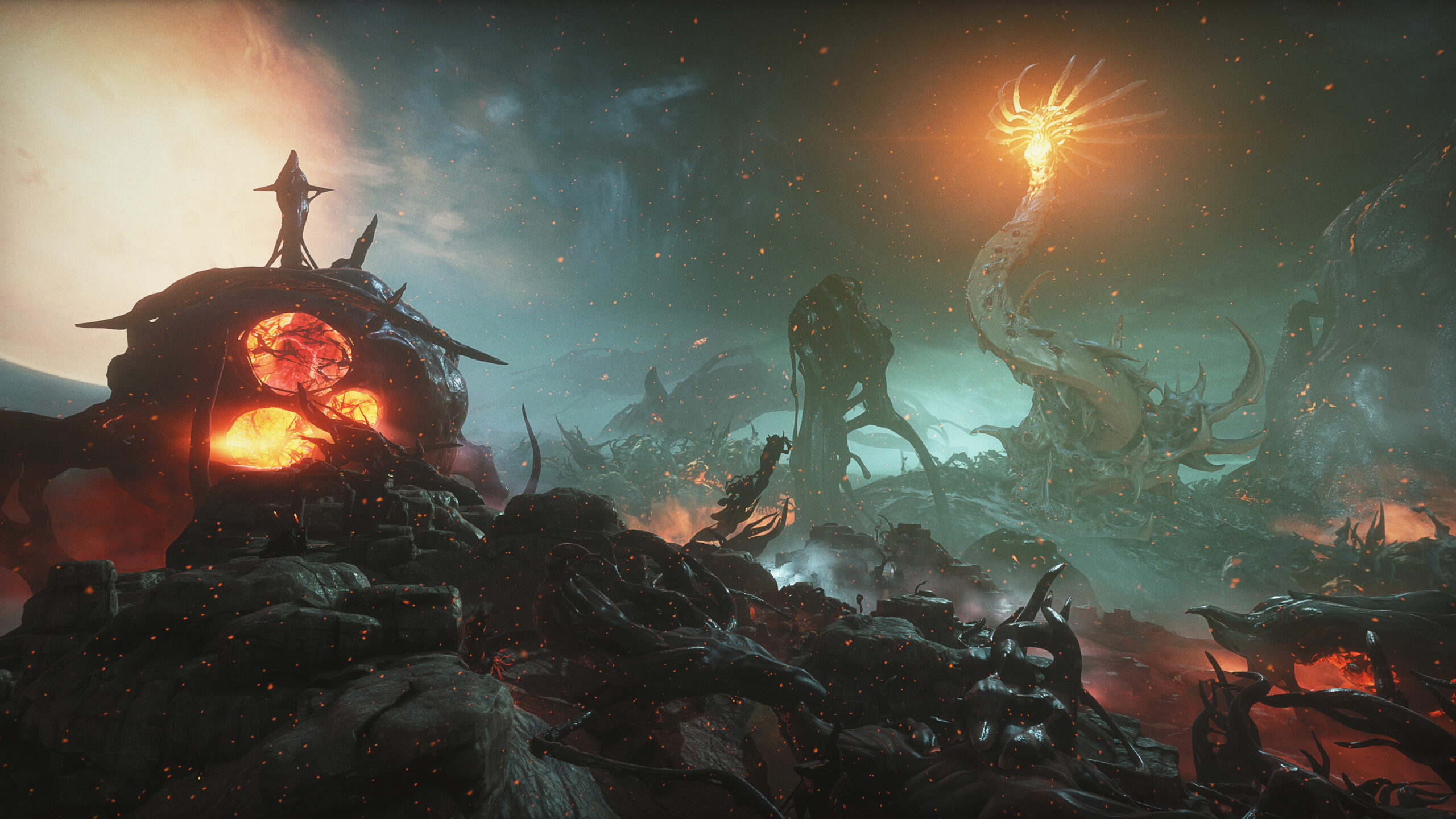 At this year’s fully digital TennoCon, Digital Extremes announced the Heart of Deimos expansion, coming to Warframe August 25th (on all platforms at the same time, a first for the game).

Heart of Deimos adds the third open world zone to Warframe after Plains of Eidolon and Fortuna, though that’s just the tip of the iceberg. On the surface of Deimos, players will get to move around quickly with either their hoverboards or the native Dragonflies. Additionally, Digital Extremes added the opportunity to actually fight while on the hoverboard, though only with a sidearm.

Beneath the surface, fans will find a procedurally generated underground tileset that should hopefully keep the exploration of Deimos’ tunnels interesting for quite some time. And for the first time, Operators will get to pilot the so-called ‘Necromechs’, which will prove to be invaluable in order to survive the infested environment.

Perhaps even more exciting for veteran players is the Helminth Chrysalis System, which will allow them to essentially ‘sacrifice’ a non-Prime Warframe to extract one of its core abilities and then transfer it to another Warframe of their choosing.

Last but not least, the developers presented the community-designed Xaku, the game’s gender neutral 44th Warframe which wields the power of the Void.

We were able to participate in a press briefing for Heart of Deimos, where Live Operations and Community Director Rebecca Ford kindly replied to a slew of questions.