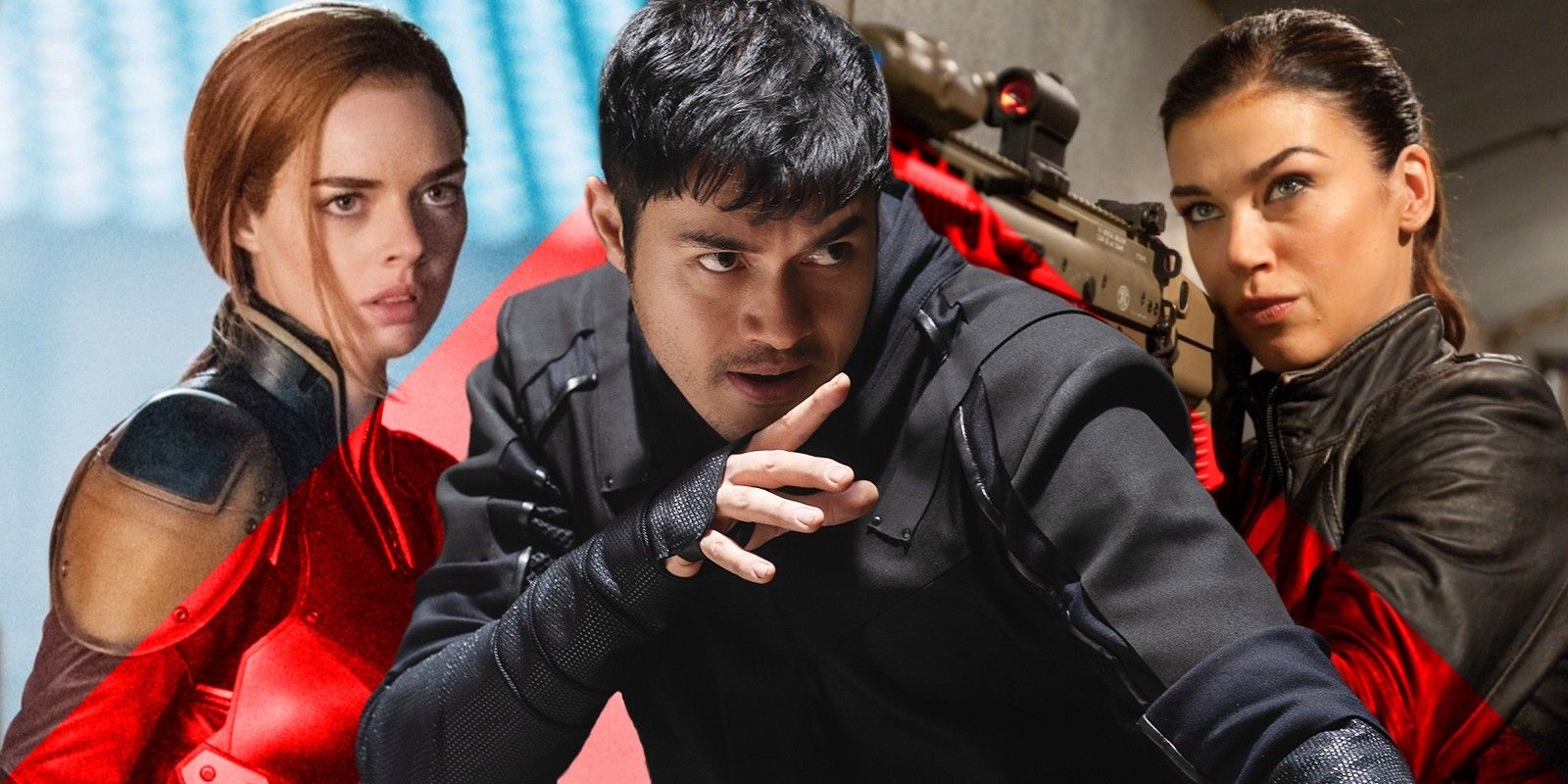 Now that Snake Eyes: G.I. Joe Origins has been released, here is every upcoming G.I. Joe movie and TV show that Paramount is developing.

Here’s every G.I. Joe movie and TV show releasing after Snake Eyes: G.I. Joe Origins. Paramount’s latest attempt to start a new G.I. Joe franchise stars Henry Golding as the fan-favorite ninja. Snake Eyes arrives after the studio previously made two G.I. Joe movies in recent years. However, the franchise never really took off, even after bringing Dwayne Johnson aboard and making him the lead of G.I. Joe: Retaliation. While there were considerations of a third film or even a Transformers crossover, Snake Eyes is a fresh relaunch of the IP.

Paramount has hopes that Snake Eyes will be the start of a brand new G.I. Joe franchise. The movie primarily follows Golding’s Snake Eyes as his quest to avenge his father’s death puts him in the middle of a war between the Yakuza and Arashikage clan. This is how he meets Tommy Arashikage aka Storm Shadow (Andrew Koji), encounters G.I. Joe agent Scarlett (Samara Weaving), and Cobra’s intelligence officer Baroness (Ursula Corbero). These characters are just some of the ways Snake Eyes sets up future G.I. Joe movies, whether that comes in the form of sequels or spinoffs.

Now that Snake Eyes has been released, fans of the action franchise will begin looking forward to what is coming next. The end of Snake Eyes directly sets up a sequel and leaves the door open for many other stories. But Paramount also has grander plans to expand the G.I. Joe franchise. Here’s every G.I. Joe movie and TV show releasing after Snake Eyes.

It was revealed in May 2020 that Paramount was already developing a Snake Eyes follow-up movie. The film was not directly described as a Snake Eyes sequel and will instead dive deeper into the G.I. Joe world. That said, Henry Golding is reportedly attached to return as Snake Eyes for this untitled follow-up. Joe Shrapnel and Anna Waterhouse are said to be writing the script of this new movie after doing uncredited work on Snake Eyes. Unfortunately, Paramount has yet to announce when this new movie will be released.

Paramount is also working on another untitled G.I. Joe movie. This project was revealed to be in development when Snake Eyes was still being worked on. Details on the movie have been kept under wraps, but it is known that Josh Appelbaum and André Nemec (2014’s Teenage Mutant Ninja Turtles) are writing the script. The early reports on the project revealed the character Chuckles was tentatively scheduled to be involved in the new G.I. Joe movie. It is unclear if this movie will exist in the same universe as Snake Eyes or when it will be released.

The G.I. Joe franchise is also scheduled to move to the small screen in the future. Paramount TV and Hasbro have teamed up with Amazon Prime Video to develop a new live-action series starring the character Lady Jaye, played by Adrianne Palicki in previous films. Former Daredevil showrunner Erik Oleson will serve as the showrunner and creator of Lady Jaye. The show has been described as a standalone story for the Joes’ excellent undercover operative that will also connect to the larger G.I. Joe universe. However, it is unknown if that connection will be to the new universe Snake Eyes is creating. With the Lady Jaye show only announced in February 2021, it is not confirmed when it will begin streaming.

MORE: What To Expect From Snake Eyes 2

Some birds learn to recognize calls while still in…