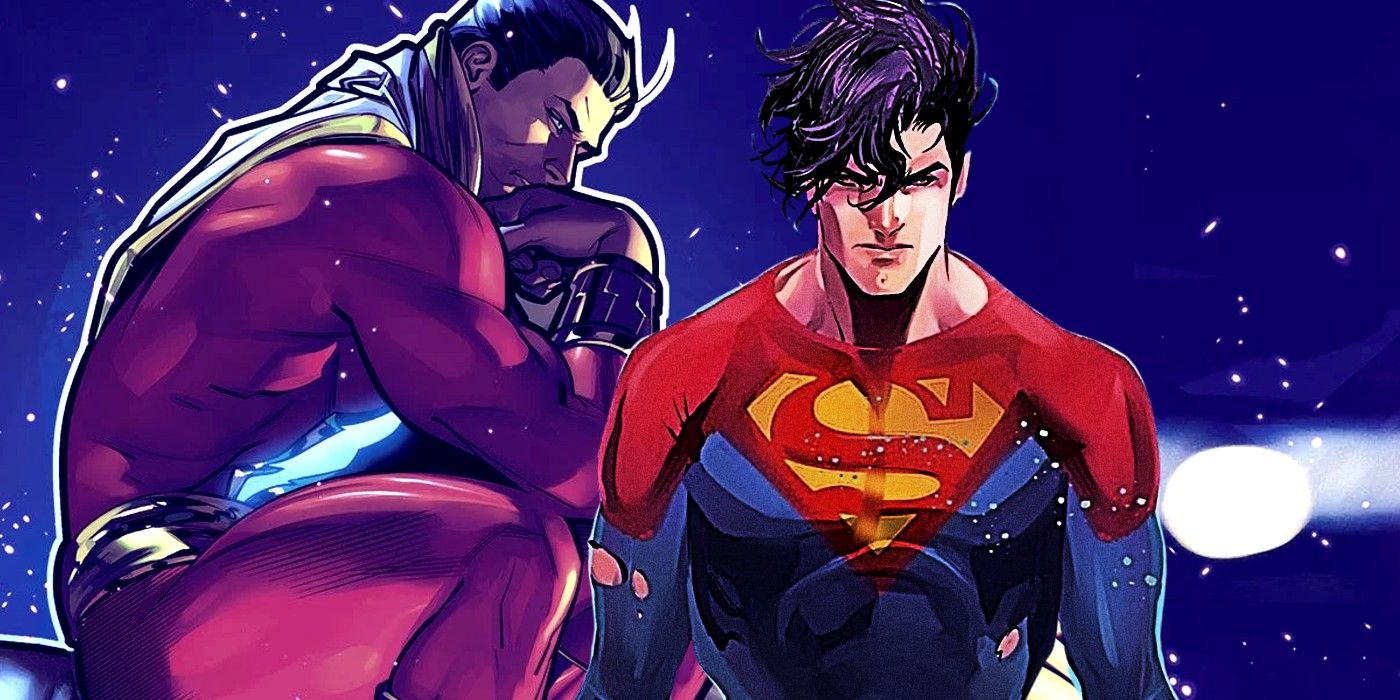 Jon Kent’s version of Superman has had many detractors both in and out of the DC Universe, and the latest is none other than fellow hero Shazam!

Though Superman might be DC’s most respected hero, the newest version has his detractors, and his latest is Shazam. Earth’s Mightiest Mortal is typically one of DC’s kindest heroes. Feeling isolated in his teenage years though, Billy Batson can’t help but resent Superman’s son, Jon.

Times have never been tougher for Billy Batson. Though the staff and upperclassmen of Teen Titans Academy show a great deal of respect and admiration for him, most of his fellow classmates either ignore him or even bully him. When the chemical monstrosity Chemo attacks Titans Tower, Billy comes to the rescue as Shazam… only for his powers to go haywire. For some reason Billy doesn’t understand, Shazam’s powers have never been more unstable. As if all of that wasn’t enough, he and Raven have both been seeing visions of the disastrous future that waits for the DC Universe in Future State, and both feel powerless to stop it. Billy does feel like a hero for a brief second when a satellite comes crashing into the Tower and he rises to answer it as Shazam. Just as he’s about to stop the satellite, his powers go out completely, and he plummets to the ground as Billy Batson. That’s when the new Superman arrives.

Related: The Shazam Family is Dying in DC’s New Universe

Like a bolt from the blue, Jonathan Kent rushes onto the scene. With ease Jon is able to save Billy with one hand and stop the satellite from crashing with the other. Though Jon just saved Billy’s life, all Billy can focus on is Jon telling him, “relax kid.” He protests that Jon’s younger than him, to which the former Superboy and current Superman responds that he isn’t anymore. As the school collectively loses their minds over meeting the new Superman, Billy goes to sulk in his dorm room. He confides in his roommate and friend Miguel that being rescued by “Superman Jr.” wasn’t even the most embarrassing thing to happen to him that day.

What makes the moment interesting is how much it contrasts with how Billy Batson/Shazam interacts with Clark Kent’s Superman. While the two heroes have famously clashed in else-worlds stories such as Kingdom Come and Superman: Distant Fires, the two are more often friends than enemies. Superman’s unshakeable optimism and morals just naturally work with Shazam’s innocence and sense of wonder. Many of their most famous interactions happened when Billy was a kid though. As an awkward teenager going through a lot, it makes sense that Billy feels ashamed of needing to be rescued by a hero who’s far newer than he is.

Giving the brief interaction added layers is that Billy and Jon have opposite problems. As Shazam, Billy is incredibly well-respected in the broader superhero community as evident by his relationship to the adult Teen Titans. Despite this, he struggles to maintain a relationship with many of his peers. Jon on the other hand is absolutely adored by people his age. The students of Titans academy fawn over him and don’t seem to view him as anything other than Superman. Despite this, the most powerful beings in the universe, like the Quintessence, are adamant that Jon can never be Superman. Luckily, this conflict doesn’t come to blows, but readers can only hope that Shazam and the new Superman’s relationship improves in the future.

Next: Shazam! Is Headed To Hell To Get His Powers Back

Evan D. Mullicane is an editor, critic, and author based out of California’s Bay Area. He received his bachelor’s degree in creative writing from San Francisco State University in 2016. In his free time, he enjoys reading graphic novels and writing fantasy.