The enormous, brooding Skyrim expansion mod Apotheosis has been in the works for “more than four years” now, and earlier this year its creators revealed it was fully playable, with just some quest implementation, scripting, and final testing left to do. Now, we’ve got our first look at the ambitious mod’s “gameplay, artefacts, locations, creatures, and much more” with a new, eldritch, er, rich trailer.

The new Apotheosis clip is titled ‘The Spaces Between’, as announced by user Di0nysys and the mod’s team on ModDB, and it explores the “fabled wastes of Oblivion” – the fan-made expansion’s setting. As you can get an idea of in the clip below, the 16 planes of Oblivion, and the Dreamsleeve – “home of the forgotten dead” – won’t be a walk in the park.

Accompanied by a suitably spooky music track, the footage gives us a good peek at some of these zones, and the creatures to be found within – for example, otherworldly monsters that looks like giant horned devils, Tolkienesque (and very grumpy) sentient trees, and a foe made of many arms.

Take a look at the all-new peek of the upcoming mod for yourself below:

Additionally, on the update post, there’s a pretty detailed snapshot of the mod’s locations, armours, weapons, props, creatures, and more, with descriptions and screenshots to check out.

While there’s no exact timeframe for the mod’s launch just yet, on its page the creators explain “level design is at a very advanced stage of development”, and that the “Dreamsleeve, the Apotheosis overworld, over 1/5 the size of the Skyrim worldspace, and the Apotheosis hub world is in its final polishing stage”.

Plus, “the bulk of our levels are game ready,” the modders add, “and barring a few more Oblivion-based sequences, a new dungeon type, and intro and outro sequences, we’re very close to reaching final stages. Apotheosis is playable almost from beginning to end!” However, the creators add that there’s still a little more work to do to ensure the mod’s story is “fully fleshed out and realised”, and they explain they’re on the lookout for some more talent to help contribute to the project to get it “past the final stretch”. 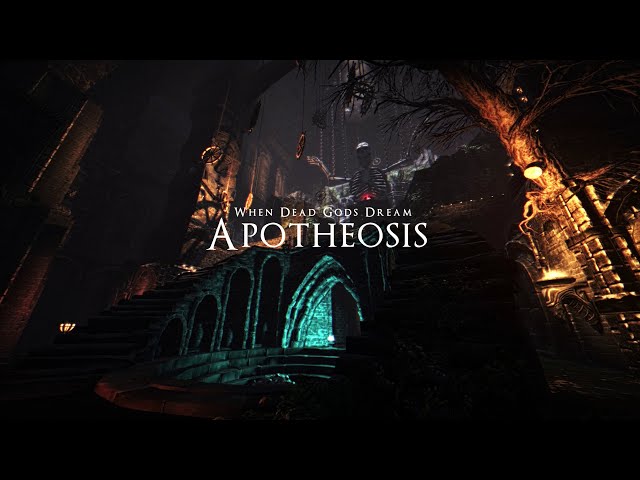 Head to ModDB here to find about more about the project, and take a look at our list of the best Skyrim mods while you’re here to see what’s already out there to grab for your game.

WhatsApp Video, Voice Call Buttons Tipped to Be in Testing on Desktop…