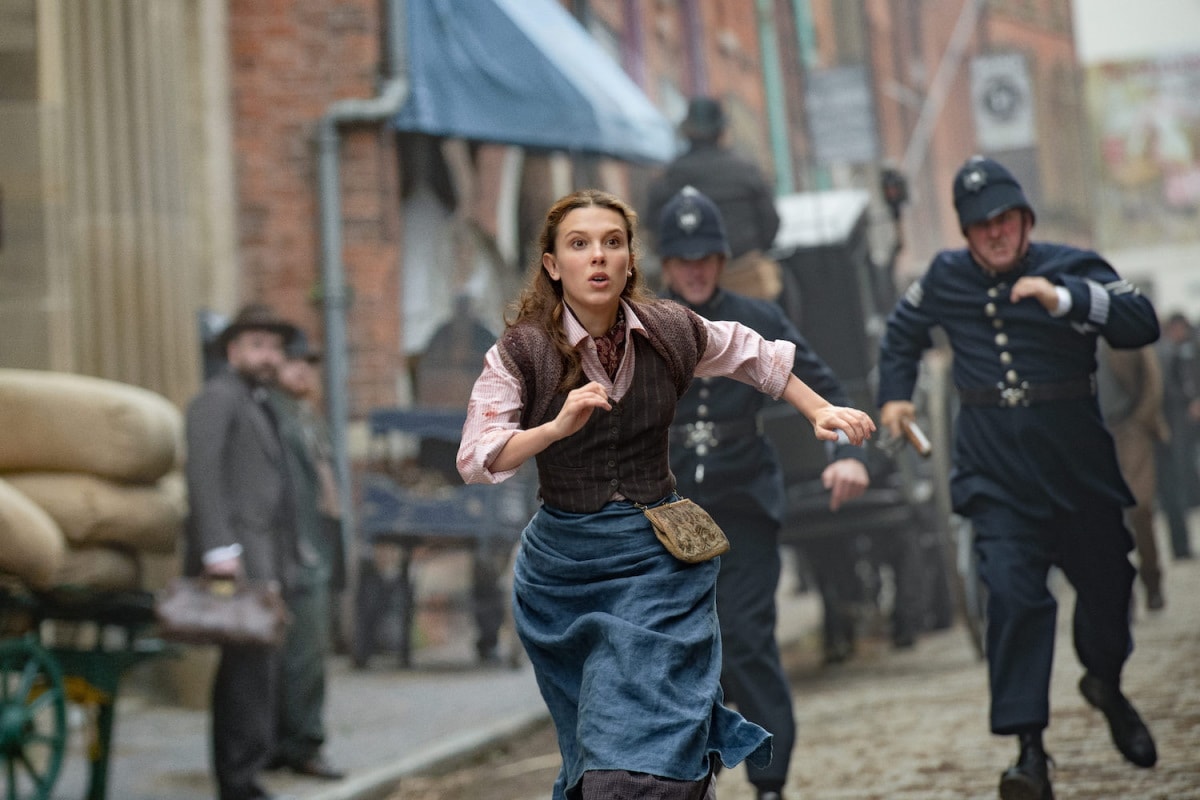 Netflix has revealed the release date and first look images for Enola Holmes 2. Starring Millie Bobby Brown, the mystery sequel is set to debut on the streaming platform on November 4. Fresh off her first mystery in Enola Holmes (2020), the teen detective returns to tackle her first official case. Enola Holmes 2 also brings back Henry Cavill as her brother and seasoned detective Sherlock Holmes, and Helena Bonham-Carter as the matriarch Eudoria. Harry Bradbeer returns to direct Enola Holmes 2.

As per Netflix, Enola Holmes 2 kicks off with the titular Enola (Brown) opening her own detective agency, only to find that life as a female detective-for-hire is not as easy as it seems. Forced to cope with the struggles of adulthood, she encounters a penniless matchstick girl, who offers Enola her first official job. The task, which is to find her missing sister, gets puzzling with time, as Enola is thrown into the deep end — from London’s sinister factories, music halls, and the highest echelons of society.

The first-look images from Netflix indicate Cavill’s return to 221B Baker Street, as he assists Enola in the missing person case. Louise Partridge is also back as Viscount Tewkesbury, the runaway heir to the late Marquess of Basilwether. Carter’s (Harry Potter franchise) Eudoria also seems to be in on the case, as we see the duo hiding inside a carriage wagon. Despite having established herself as a fine detective, the London police force does not look accustomed to the idea, as one of the images shows Enola getting chased by a couple of angry officers.

Susan Wokoma reprises her role as Edith, the historical British martial artist who taught Eudoria the art of jujutsu. New joinees to the cast of Enola Holmes 2 would be David Thewlis (I’m Thinking of Ending Things) and Sharon Duncan-Brewster (Dune), whose roles are kept in the dark.

While Enola Holmes sounds like a “what if?” concept piece, it is actually based on the eponymous best-selling young-adult book series by author Nancy Springer. It was then adapted into a screenplay by Jack Thorne, known for writing HBO’s His Dark Materials, and Harry Potter and the Cursed Child.

Denial of responsibility! TechCodex is an automatic aggregator of the all world’s media. In each content, the hyperlink to the primary source is specified. All trademarks belong to their rightful owners, all materials to their authors. If you are the owner of the content and do not want us to publish your materials, please contact us by email – [email protected]. The content will be deleted within 24 hours.
enola holmes 2 castenola holmes 2 release dateenola holmes 2 release date first look photos cast millie bobby brown henry cavill netflix enola holmes 2helena bonham carterHenry Cavillhollywoodmillie bobby brownNetflix
0
Share

This is what Steve Jobs initially wanted to name Safari

Continuity Camera: Using iPhone as a webcam on Mac, how it works, what you need and more

When And How To Watch The Full Occult Mars In…