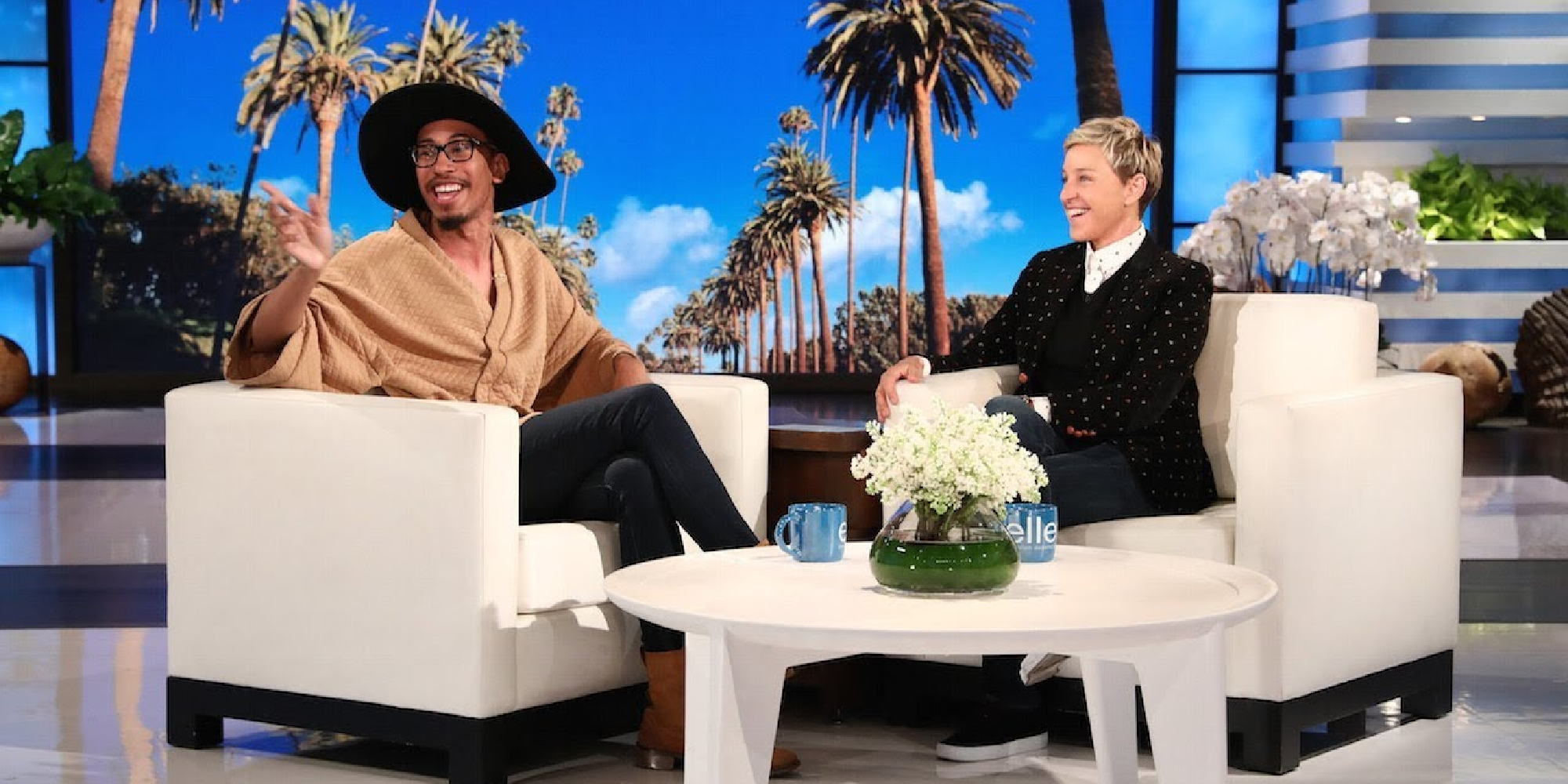 The Ellen DeGeneres Show’s Kalen Allen opens up about the talk show’s be kind to one another slogan in a new interview. See what he had to say!

The Ellen DeGeneres Show‘s Kalen Allen opened up about the problem with having “be kind” as the show’s slogan in a new interview. Since premiering in 2003, the syndicated talk show has been frosted with success, including 17 People’s Choice Awards and a whopping 171 Daytime Emmy Award nominations with 64 wins. Much of the acclaim hinged on the fact that DeGeneres created a lighthearted environment where viewers could see celebrities dance to their seat and play games. Somewhere along the ride, the comedian began ending her show by reminding the world to “be kind to one another.”

After an onslaught of controversy and complications due to the Covid-19 pandemic, it was announced in May that Ellen would bow out with season 19. One of the show’s returning correspondents is Kalen Allen, who first caught DeGeneres’ attention in 2017 for going viral with his hilarious “Kalen Reacts” potato salad video. The viral sensation has won over audiences by producing bubbly digital content and brightening up the show in various segments. As Allen gears up to appear on the new season, he candidly reflects on the show’s past.

Allen recently appeared on The Art of Kindness with Robert Peterpaul podcast and opened up about why he doesn’t think “be kind to one another” works as a slogan. He explains why he thinks the slogan is ultimately troubling and why he would never use the slogan personally. Read what Allen said below:

“I personally would not do a slogan as be kind to one another. I understand the thought, like, yes absolutely be kind to one another, but I think where it gets troubling…As human beings we are not kind one hundred percent of the time and I am not going to adopt something that is going to create a false perception of who I may be. At the end of the day, we are all human beings and that’s the relation I want you to have with me.”

Allen linked his comments to jokes DeGeneres made in her Netflix standup special Relatable, where she lamented about the slogan. The Finding Dory star said that because she claimed the phrase she could never do anything unkind, like honk her car horn. While Allen understood her intentions for saying it to her audience were pure, he thinks it put the host in a box. The viral sensation added that Hollywood loves putting people in boxes even though they’re not meant to be boxed up.

In the summer of 2021, The Ellen Show landed in hot water as toxic workplace allegations emerged. Former employees claimed that working there was nothing like the happy environment fans saw on TV, but instead brimmed with racism and sexual harassment. DeGeneres’ “be kind to one another” slogan quickly came back to bite her, as rumors swirled. She ended up addressing the situation in her season 18 premiere, apologizing to viewers and saying that she’s learned a lot.

DeGeneres’ plight brings up the toxicity of Hollywood in its own right, a place that – as Allen so eloquently said – likes to put people in boxes. The issue is that humans are too complex to fit into one box. So when talent tries to break free, tinseltown tends to fight back. DeGeneres’ kindness quip was a beautiful closing statement, but it’s certainly not her only statement. It’ll be interesting to see if The Ellen DeGeneres Show offers up a new slogan this season.

NEXT: How Peacock Compares To Netflix, HBO Max & Disney+

Source: The Art of Kindness

Kim Kardashian Transformed Into Batman Beyond In Imaginative Art

Robert Peterpaul is a Movie/TV News Writer for Screen Rant. He’s currently the host of The Art of Kindness podcast, which aims to showcase celebrities using their platform to make the world better. Peterpaul has been a professional Writer/ Editor for over eight years, writing for high-profile publications like HuffPost, Backstage and HOLA! USA, where he served as the Weekend Editor for six years. Robert has also worked on various television shows and films, including: NBC’s “America’s Got Talent” and “Access Hollywood.” When he’s not writing about entertainment, he’s entertaining. Robert has appeared in films like James Franco’s “King Cobra,” TV series such as Amazon Prime’s “New Dogs, Old Tricks,” and ad campaigns for brands like T-Mobile. He also has a long-running career in the theatre, getting his start Off-Broadway when he was child. Speaking of childhood, Robert’s second home growing up was blockbuster, where he rented “The Goonies” more times than any customer (always with a side of Sour Patch Kids, of course). His undying passion for entertainment and storytelling continues to thrive. He thanks you for reading and hopes you follow your bliss. You can follow him on Instagram/Twitter @robpeterpaul and at www.robertpeterpaul.com.

How to Compress Videos on Your iPhone

I’m traveling half the length of the US…