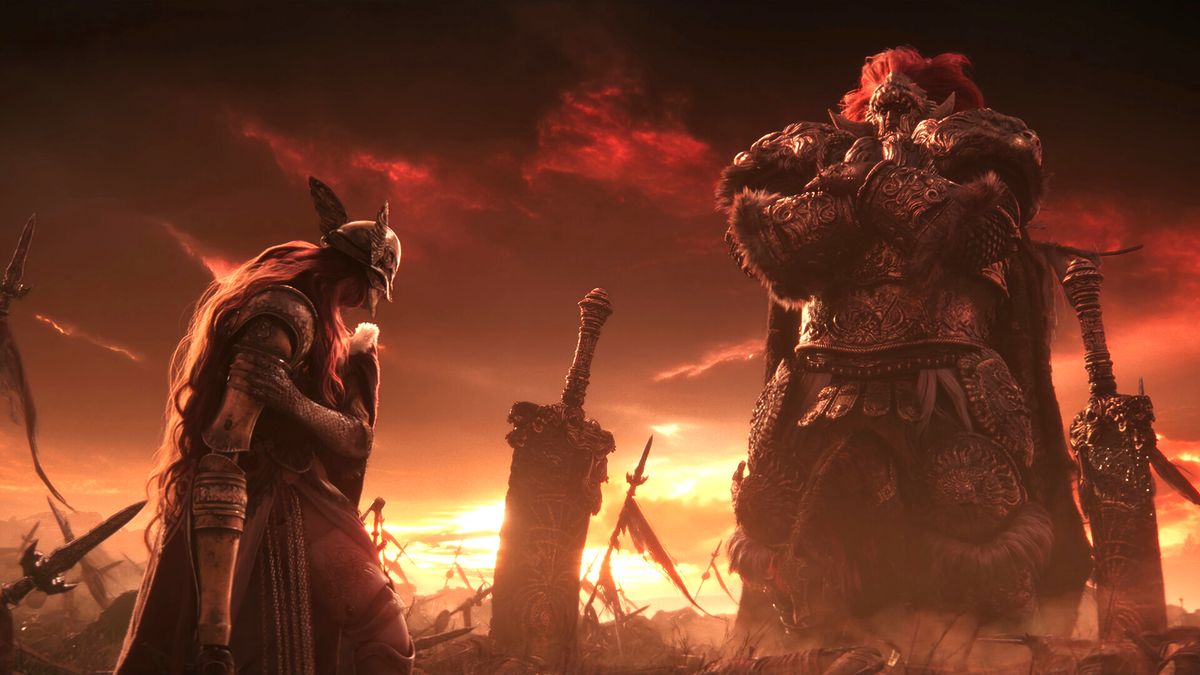 It’s not surprising that a large game like Elden Ring houses significant cut content, and one modder has just restored a previously axed questline for a key NPC.

YouTuber Sekiro Dubi is a known figure in Elden Ring circles. Having previously uncovered removed dialogue for Miriel, a removed questline for Vyke, and plenty more, their latest find focuses on Merchant Kalé. One of the earliest NPCs found in the game, he’s spotted around the Church of Elleh, but we’ve now learned that he once played a much larger role.

Appearing in a cut late-game questline, we would’ve seen nomadic Merchant Kalé moving across the map after you’ve fought Godrick. It features some intriguing suggestions regarding the Elden Ring’s lore. You can watch this quest in action alone.

Just be aware that this video contains significant endgame spoilers for Elden Ring:

Kalé’s quest focuses on finding the Grand Caravan, a land linked to the origins of these nomadic merchants. After meeting him across several locations, we then arrive in the Subterranean Shunning Grounds, which is filled with corpses. This would’ve revealed these are Kalé’s own people, cruelly struck down by the Three Fingers, which leaves him in a furious rage. It’s a depressing tale, one which would’ve confirmed a previously hinted connection between both mysterious groups.

It’s no secret that content often gets cut during video game development. Sometimes that’s needed for reigning in scope, or perhaps a feature simply doesn’t fit the mold anymore. Across the years, dataminers have discovered no end of cut content from Dark Souls, so it’s little surprise it’s happening again with Elden Ring.

As for what’s to come, FromSoftware hasn’t officially confirmed any plans for post-launch content just yet. While it’s been secretly changing Elden Ring’s map between updates, dataminers may have uncovered the first Elden Ring DLC back in March, which appears to provide a colosseum for PvP battles. Hopefully, it won’t be long before we learn more.