Verify Sender is the anti-phishing feature included in the new Mail+ subscription. Edison says it provides additional anti-phishing protection for the 98 percent of emails lacking DMARC validation. DMARC (Domain-based Message Authentication, Reporting and Conformance) is an email authentication protocol designed to help email domain owners protect their domain from unauthorized use (often called email spoofing). However, many organizations don’t use DMARC, which can make it an unreliable tool for protecting users.

Edison hopes to remedy that issue through Verify Sender, which operates silently in the background to detect name spoofing based on previous communications. Edison says the feature applies “four-levels of deep investigation” for new emails and places a bright orange warning if a sender or messages “doesn’t appear or react as authentic email should.”

Further, users can tap the warning to initiate a scan of more than 70 spam databases to see if the sender is part of any of those lists. Edison walks users through this process, showing them different key verification points, such as email header validity, attempted identity spoofing and more. 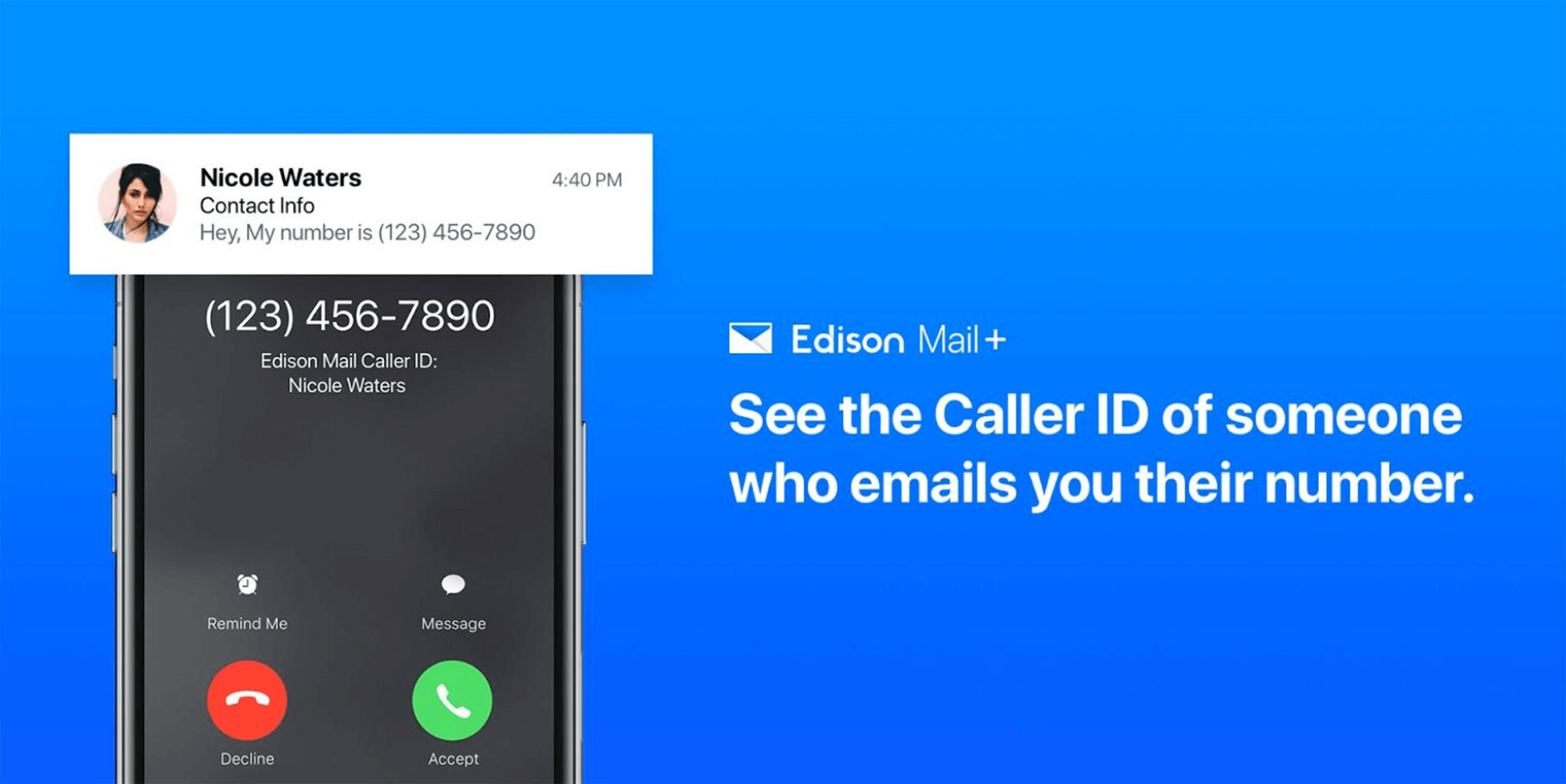 Edison says its new Spam Blocker feature was inspired by its Block Sender feature, which immediately puts emails from blocked addresses into the trash so users don’t have to deal with them. Spam Blocker checks emails from blocked senders for phone numbers in their email signature and uses those details to also block calls and texts from that number. All future calls from that number will go straight to voicemail while texts will be hidden.

Likewise, Edison’s new Inbox Caller ID feature leverages contact details shared via email to unknown numbers that call or text you. This looks like a particularly handy feature that can remedy unknown calls from people you email by connecting numbers to someone’s name. These two features remind me of a similar function Apple added in iOS 13: Silence Unknown Callers. It uses Siri intelligence to allow calls from contacts in the Mail, Messages and Contacts apps. While not quite the same, the features are definitely similar in function. 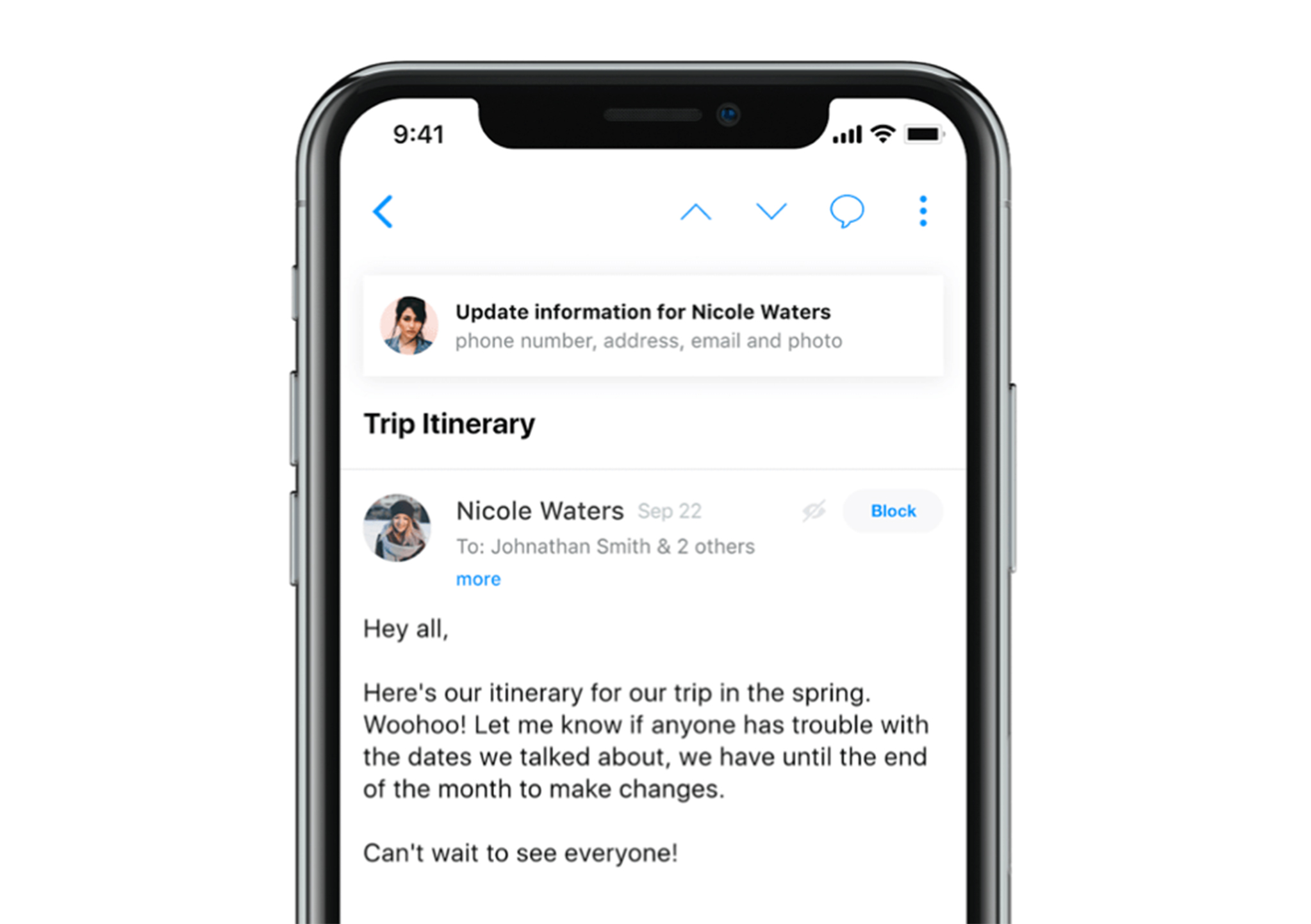 Finally, Edison Mail+ offers Validate Contacts, an AI-based contact recognition feature that scans emails and offers to update users’ address book if it detects a discrepancy between contact information in an email and what’s in the address book.

Edison Mail+ is now available on iOS as an in-app purchase. In Canada, it costs $19.99 per month or $134.99 per year (the annual subscription works out to be a little more than $100 cheaper than monthly, which is quite a good deal). If you use Edison Mail, a new pop-up in your inbox will let you know about the subscription. If you don’t use Edison Mail, you can download it for free from the iOS App Store.

Edison Mail is also available on Android, although the new Mail+ subscription isn’t yet.

You can learn more about Edison Mail on the company’s website.

The Eufy Smart Drop Is a Secure Mailbox For Your Packages

Legends of the Dark Is Your Next Massive Dungeon-Crawler

The best charging stations you can get