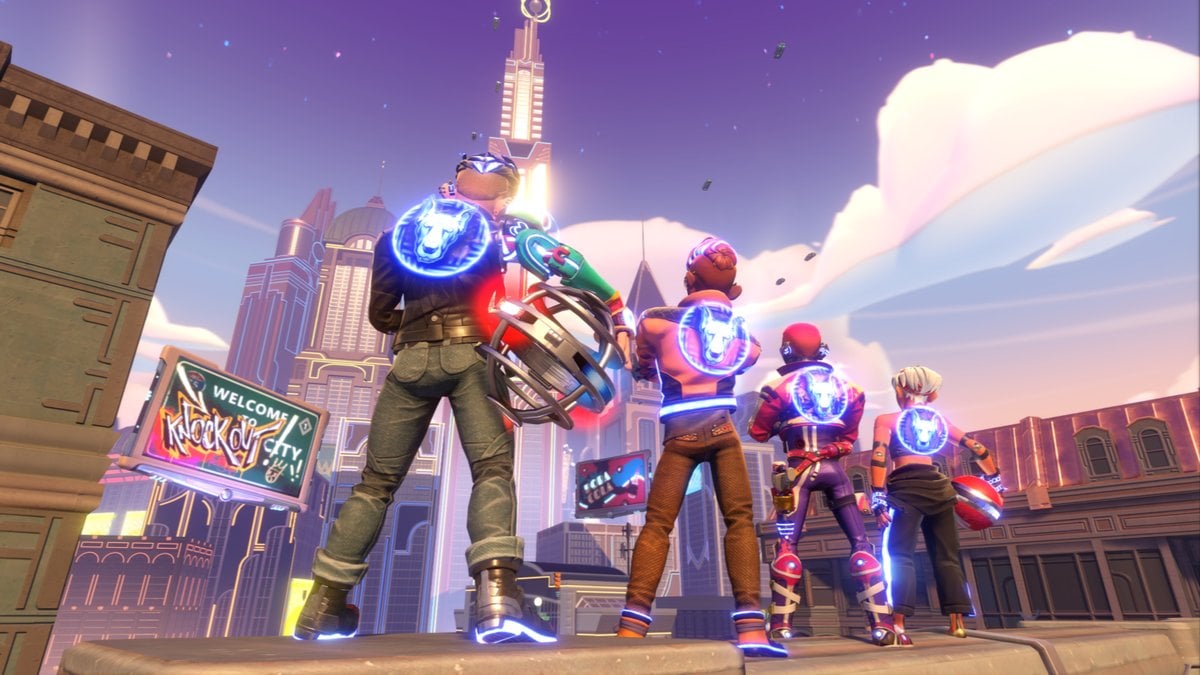 Knockout City from EA, a multiplayer dodgeball game launched recently, is now free to start playing on PS5, PS4, Xbox Series X/S, Xbox One, PC and Nintendo Switch. The game developed by EA and Mario Kart Live: Home Circuit developer Velan Studios also supports cross-platform multiplayer, which means that you can play online with your friends irrespective of what platform you prefer. And for the game’s promotion, the developer has announced that the game will be free-to-play until players reach level 25.

EA released the multiplayer dodgeball game Knockout City on May 21 with a 10-day Block Party free trial that ended May 30. It offered players a taste of what the game is all about before purchasing it. But for those who missed out on that chance, the developers have now announced that players can still experience the game for free before purchasing it for $19.99 (roughly Rs. 1,500).

The game will let players enjoy the brawling for free till they reach “Street Rank” (level) 25. The level cap will give you enough playtime to decide if you want to splurge for some childhood nostalgia. Knockout City is also included with EA Play or Xbox Game Ultimate subscription.

Knockout City is available on PC, PlayStation 5, PlayStation 4, Xbox Series X and Series S, Xbox One, and Nintendo Switch. EA is also offering cross-platform option for you to enjoy multiplayer gaming across platforms.

EA and Velan Studios have tried to capture the childhood nostalgia of the chaos that reigns in a dodgeball game. Knockout City has six types of balls available to players, namely Standard Balls, Cage Balls, Bomb Balls, Moon Balls, Sniper Balls, and Multi Balls. There is also a Hideout where players can match up with other players, practice their skills at the T.A.R.G.E.T Dummy, or visit the Radio Bot to complete their training and level up.

The game also has various locations where players can experience dodgeball. There are multiple maps including Rooftop Rumble, Concussion Yard, Knockout Roundabout, Back Alley Brawl, Galaxy Burger, and Jukebox Junction.

PS5 vs Xbox Series X: Which is the best “next-gen” console in India? We discussed this on Orbital, the Gadgets 360 podcast. Orbital is available on Apple Podcasts, Google Podcasts, Spotify, and wherever you get your podcasts.

Denial of responsibility! TechCodex is an automatic aggregator of the all world’s media. In each content, the hyperlink to the primary source is specified. All trademarks belong to their rightful owners, all materials to their authors. If you are the owner of the content and do not want us to publish your materials, please contact us by email – [email protected]. The content will be deleted within 24 hours.
knockout cityknockout city ea play velan studios multiplayer dodgeball ps5 ps4 xbox series x s one ninentdo switch free game pass eaNintendo switchPlayStationvelan studiosXbox
0
Share