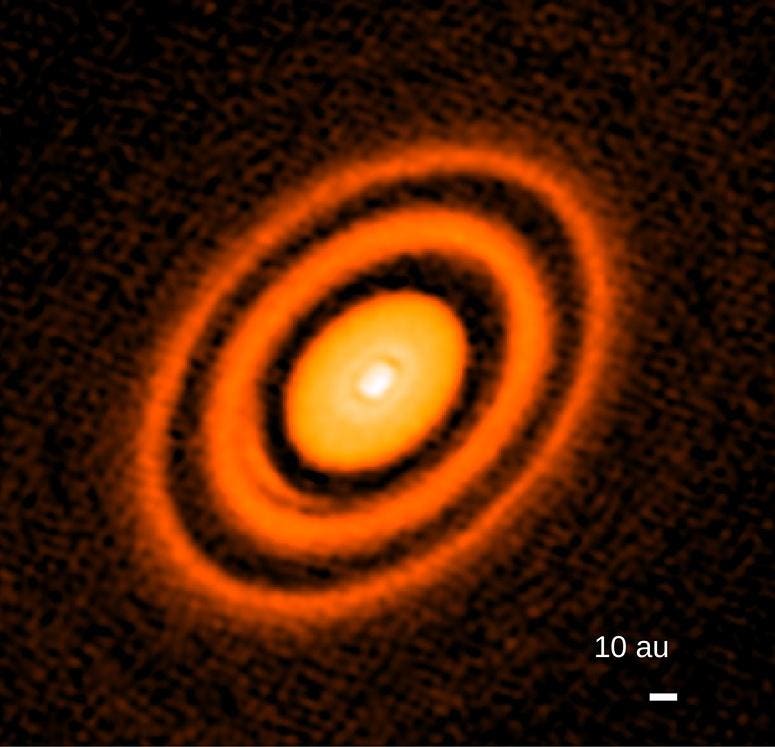 The Sun had bands of dust and gas similar to Saturn’s rings before it had planets, which influenced how large planet Earth turned out to be.

That’s what a new supercomputer model says that was this week described in a study published online in Nature Astronomy.

Simulating the Solar System’s formation hundreds of times, the model that had the Sun surrounded by rings of gas and dust—exactly like those that astronomers see around many distant, young stars—is pretty trustworthy, say the scientists.

After all, it correctly reproduced many of the Solar System’s other characteristics such as the presence of the asteroid belt between Mars and Jupiter, the masses of the inner planets and the Kuiper belt of comets, asteroids and weird trans-Neptunian objects.

It also suggests a theory about why Earth is relatively small compared to rocky inner planets seen in other star systems.

MORE FROM FORBESNASA To Sedna? The ‘Pluto-Killing’ World That Orbits Our Sun Every 11,408 Years Is Almost In Range Say ScientistsBy Jamie Carter

“In the Solar System, something happened to prevent the Earth from growing to become a much larger type of terrestrial planet called a super-Earth,” said Rice University astrophysicist André Izidoro.

A super-Earth is a massive rocky planet that’s larger than Earth, but still Earth-like, with a rocky surface, an atmosphere and the possibility of having liquid water on its surface. Super-Earths are found around a third of Sun-like stars in our Milky Way galaxy.

So why no super-Earths in our Solar System?

Such pressure bumps—assumed to be three bands of high pressure—have been seen in the protoplanetary disks around distant stars.

The researchers think that the pressure bumps prevented the protoplanetary disk around the Sun from being smooth, which was exactly what gave the dust grains and boulders to grow into planets. If the disk had been smooth then those particles would simply have been drawn inward and consumed by the Sun.

Denial of responsibility! TechCodex is an automatic aggregator of the all world’s media. In each content, the hyperlink to the primary source is specified. All trademarks belong to their rightful owners, all materials to their authors. If you are the owner of the content and do not want us to publish your materials, please contact us by email – [email protected]. The content will be deleted within 24 hours.
Earthexoplanetssolar systemSunsuper-earth
0
Share

Roku exec Scott Rosenberg, who helped launch the Roku Channel, is stepping down