Dune Character Posters Have Us Hungry For Spice 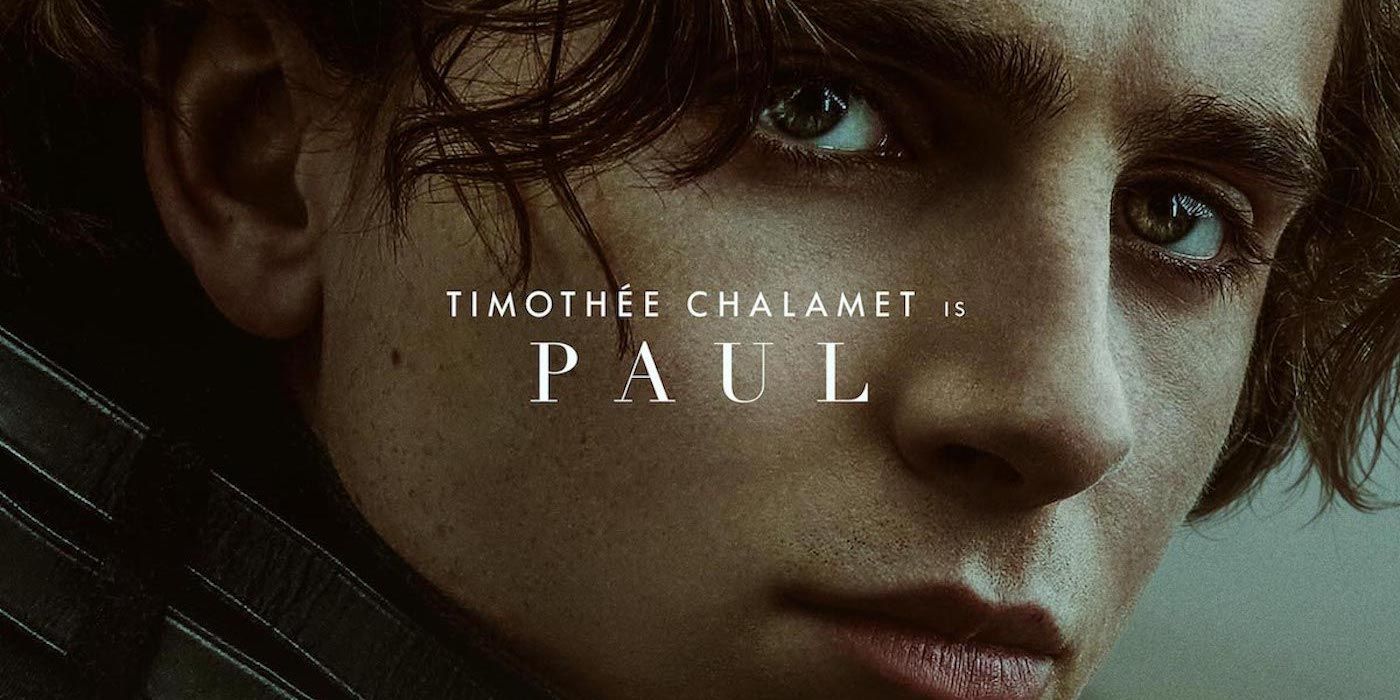 Get a closer look at characters like Duke Leto, Duncan Idaho, and Gurney.

New posters for the highly anticipated Dune have been released, and they all set the serious but captivating tone for the upcoming movie. Dune, based on the best-selling science fiction series by Frank Herbert is about a noble’s son who’s entrusted with the protection of the most important asset in the galaxy. This latest adaptation comes from Denis Villeneuve, who has directed other sci-fi films such as Arrival and Blade Runner 2049. According to IndieWire, Villeneuve had wanted to make a film adaptation of the beloved novel since he was a teenager. In the past, Dune has had a notorious history of complicated productions, so long-time fans cross their fingers that this adaptation turns things around.

This series of posters focus on individual actors and characters from Dune, including Timothée Chalamet (Paul), Rebecca Ferguson (Lady Jessica), Oscar Isaac (Duke Leto), Jason Momoa (Duncan Idaho), James Brolin (Gurney), Zendaya (Chani), Javier Bardem (Stilgar), and Stellan Skarsgård (The Baron). Noticeably absent from these character posters is Dave Bautista, who plays Glossu ‘Beast’ Rabban. Also notable is that the poster points out the film will be released both in theaters and on HBO Max on October 22. Despite Dune originally being part of Warner Bros.’s deal for many of the studio’s films to also premiere on HBO Max, there was a question as to whether or Villeneuve’s latest would continue to be part of this deal. If these posters are any indication, it seems as though Dune will in fact be available in both theaters and on HBO Max in October.

RELATED: ‘Dune’s Exclusive IMAX Preview Is Coming This Month to a Theater Near You

Dune will be released theatrically and on HBO Max in the US on October 22. Check out the new character posters for Dune below.

Here’s the synopsis for Dune:

“In the far future, Duke Leto Atreides accepts the stewardship of the desert planet, Arrakis, also known as Dune, the only source of the most valuable substance in the universe, “the spice” a drug which extends human life, provides superhuman levels of thought, and makes light travel practical. Though Leto knows the opportunity is an intricate trap set by his enemies, he takes his Bene Gesserit concubine Lady Jessica, young son and heir Paul, and more trusted advisors to the desert planet. Leto takes control of the spice mining operation, which is made risky by the presence of giant sandworms. A bitter betrayal leads Paul and Jessica to the Fremen, natives of Arrakis who live in the deep desert.”

KEEP READING: ‘Dune’: Dave Bautista on the Pride He Felt When He Was Offered a Key Role and Being “Blown Away” by the Script

The show premieres August 15 on Starz.

pegasus spyware: Destroy your phone if its infected by Pegasus