Drama, Entertainment & Budget: Here’s Why EVERYONE Should Go to an Esports Tournament 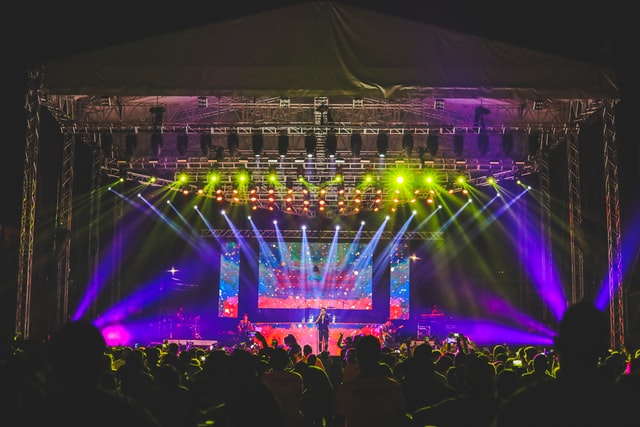 Esports has come a long way in recent years. While the first live events were limited to college campus venues and limited crowds of video game enthusiasts, the esports tournament of today is a different animal entirely. Nowadays, major events like the League of Legends World Championship and Intel Extreme Masters bring in tens of thousands of live spectators, not to mention tens of millions more online. While live streaming has made it easy for esports to build a global audience, nothing beats the electric atmosphere of attending a live event. With more events being introduced every year and ticket prices more affordable than ever before, there has never been a better time to attend a live esports tournament.

Fireteam Elite will be comin’ outta the…

If you’re passionate about competitive gaming and hope to pursue a career in esports, attending a live tournament is an essential learning curve. Live events allow you to get up close and personal with the best esports teams on the planet. If your Call of Duty or Overwatch playing skills need some work, there is no better education than watching the professionals in action. However, there is more to observe than playing techniques. By watching an esports tournament unfold in person, you’ll get an idea of the kind of atmosphere professionals have to contend with. After all, there is more to succeeding in a tournament than landing the highest score. You’ll need to know how to work an audience, contend with heaving crowds and cope with the pressure of having thousands of pairs of eyes trained on you.

For the casual gamer, esports tournaments obviously offer entertainment value. However, the more experienced gamer can also look to them as a career-building exercise. If you want to become a professional gamer, regular attendance at esports tournaments should be seen as mandatory. You can of course build a reputation online, especially if you are utilizing platforms like Twitch successfully, but live events put you into contact with professional teams and representatives. Many teams conduct active searches at live events to scout for new talent. Look to live tournaments as a networking opportunity. Make use of any open playing booths to showcase your skills or consider engaging with friendly matches that might be hosted at esports tournaments. They may not be instantly obvious, but esports team organizers will be in the crowd and keeping an eye on these areas of the stadium.

Esports tournaments come in all shapes and sizes. In their smallest form, an esports tournament can involve just two teams. However, the biggest esports tournaments will usually involve a minimum of 10 competing teams, each made up of at least half a dozen players. High-profile events like the League of Legends World Championships are incredibly popular with esports fans, but ticket prices can put budget-conscious fans off from attending. That being said, even the most expensive esports tournaments are fairly affordable, especially when you compare prices to conventional sporting events. Regardless of whether you are looking to compete or spectate, the cost of joining in the fun at an esports event is marginal. Smaller events, such as those held on college campuses or during inaugural years, often carry no admission price whatsoever. Those looking to compete can also make significant savings by using existing gaming credits as currency when applying to participate. If you’re looking for budget-friendly entertainment with no hidden charges, esports tournaments are an obvious choice.

With esports increasing in popularity, you will have no issues finding a tournament near you. Most major cities hold their own live events annually, with world capitals often hosting several in any given year. If you need some help finding an upcoming event in your area, head to platforms like 1337PRO to see what’s on the schedule. Regardless of what genre or title you’re geared towards, you’re bound to find a live event that caters to your tastes.

Best Headphones of 2021 So Far

Fireteam Elite will be comin’ outta the walls August 24 – Destructoid

Overwatch, Saints Row 4, and Vermintide 2 are free to play on Xbox this weekend

Final Fantasy XIV Online And Twitch Team Up For Free Rewards, Including The…

The State of Every First-Party Developer (2021 Update)

Fireteam Elite will be comin’ outta the…

TCL shows off glasses with display and new…

Dell laptops will get a free upgrade to Windows 11