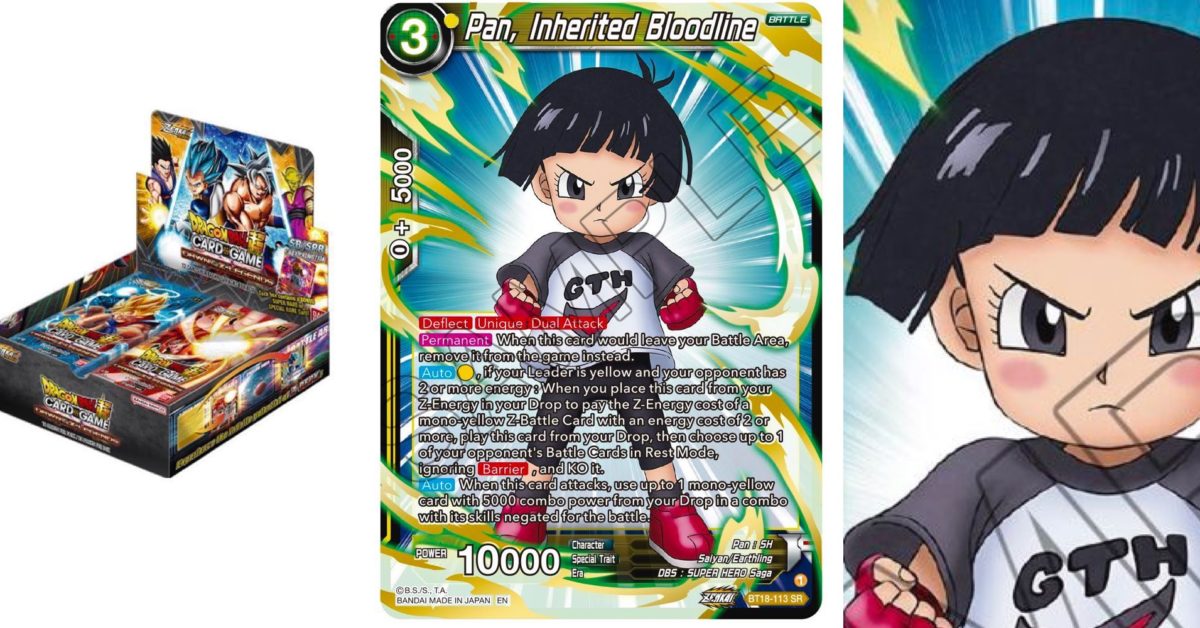 A new era is dawning for Bandai’s Dragon Ball Super Card Game. The long-running Unison Warrior Series block has wrapped up with the new Zenkai Series block launching in September 2022 with a series of promo cards, starter decks, and a full expansion. The set, titled Dawn of the Z-Legends (with its full name being Zenkai Series: Dawn of the Z-Legends), is the eighteenth main set and is the first to include Zenkai Cards, otherwise known as Z-Cards. This set and its associated decks and promos, according to Bandai, feature characters from “all sagas.” In honor of the release of this new wave of Dragon Ball Super Card Game projects, Bleeding Cool will offer a look into some of the most intriguing upcoming cards from a collector’s perspective. Today, let’s take a look at Pan from Dragon Ball Super: Super Hero that can be pulled in packs of Dawn of the Z-Legends.

Dragon Ball Super: Super Hero took us back into the franchise with the intention of pushing forward. Gohan gets his groove back, obtaining a new form that advances his Ultimate line. Piccolo unlocks his own potential and obtains two new forms, one being the subtle Ultimate form and the second being the intense Orange Piccolo. Goten and Trunks are both aged up to teenagers. Pan is also aged up, and here she becomes the catalyst for much of the action in Super Hero. As Gohan’s daughter, she’s quite powerful in her own right and gets some awesome scenes in this movie and terrific cards in this set. It’ll be interesting to see where the anime picks up when it returns.

NASA’s Artemis I launch faces a new obstacle: the weather