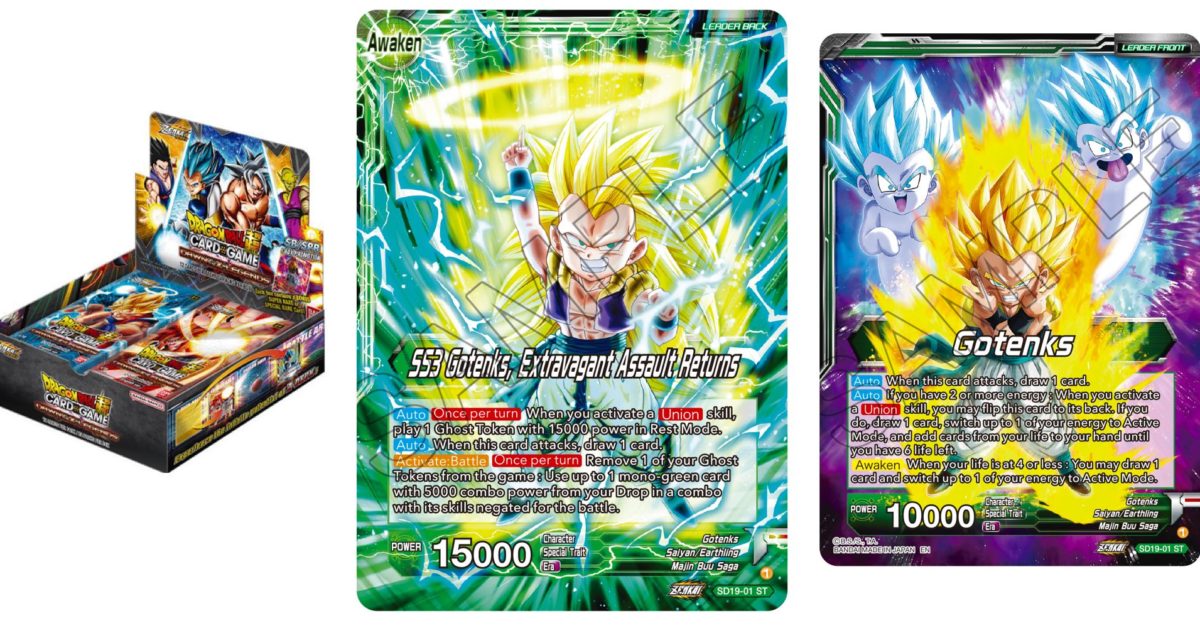 A new era is dawning for Bandai’s Dragon Ball Super Card Game. The long-running Unison Warrior Series block has wrapped up with the new Zenkai Series block launching in September 2022 with a series of promo cards, starter decks, and a full expansion. The set, titled Dawn of the Z-Legends (with its full name being Zenkai Series: Dawn of the Z-Legends) is the eighteenth main set and is the first to include Zenkai Cards, otherwise known as Z-Cards. This set and its associated decks and promos, according to Bandai, feature characters from “all sagas.” Ahead of the release of this new wave of Dragon Ball Super Card Game projects, Bleeding Cool will offer a look into some of the most intriguing upcoming cards from a collector’s perspective. Today, let’s take a look at another of the upcoming Leader cards in Dawn of the Z-Legends.

It’s Gotenks and damn is it looking sick. The Leader Front features Gotenks in his standard Super Saiyan form looking like the cocky brat he is. Behind him are the ghosts that appear in his trademark Super Ghost Kamikaze Attack. Previously featured on Token cards, it’s cool to see this attack represented here. Flip the leader over for the hyper-powerful Super Saiyan 3 Gotenks on the Leader’s Awaken side. The attack that Gotenks displays here is the Galactic Donut, an attack that he used in his hilarious and ultimately unsuccessful fight against Super Buu. While Gotenks couldn’t beat Super Buu, it was still such a shocker at the time to both Piccolo and the audience that the fused kid could turn Super Saiyan 3 at a time shortly after Goku stunned the cast himself by revealing the form for the first time.

Xenoblade Chronicles 3 Map Is Five Times Larger Than Its Predecessor

“No One’s Going to Tell My Story But Me”