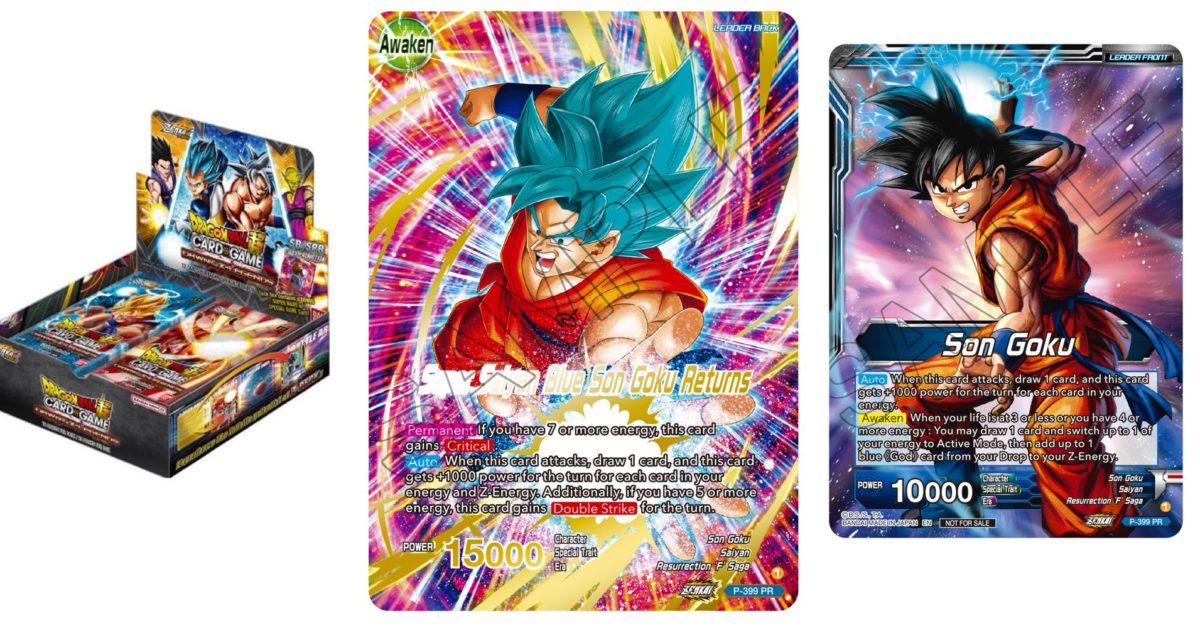 A new era is dawning for Bandai’s Dragon Ball Super Card Game. The long-running Unison Warrior Series block has wrapped up with the new Zenkai Series block launching in September 2022 with a series of promo cards, starter decks, and a full expansion. The set, titled Dawn of the Z-Legends (with its full name being Zenkai Series: Dawn of the Z-Legends) is the eighteenth main set and is the first to include Zenkai Cards, otherwise known as Z-Cards. This set and its associated decks and promos, according to Bandai, feature characters from “all sagas.” Ahead of the release of this new wave of Dragon Ball Super Card Game projects, Bleeding Cool will offer a look into some of the most intriguing upcoming cards from a collector’s perspective. Today, let’s take a look at yet another Son Goku leader.

This Son Goku Leader will not be available to pull in packs of DBSCG‘s upcoming Dawn of the Z-Warriors set; but instead, it will be a promo card. This will be released at Zenkai Series pre-release events. The Leader Front features Son Goku looking quite jacked, but the art style is a bit odd for the timing it is supposed to take place during the Resurrection ‘F’ Saga. Flip it over, though, and the Awaken side of the Leader is an absolutely stunning SSB Son Goku drawn perfectly. This Leader features gold foil on the promo and text, as you can see in the preview, making it look even more beautiful and special than even a holographic Leader that you’d normally pull from a booster pack. I personally can’t wait to get my own.

English Speakers Are Loving the Comanche Dub of ‘Prey’