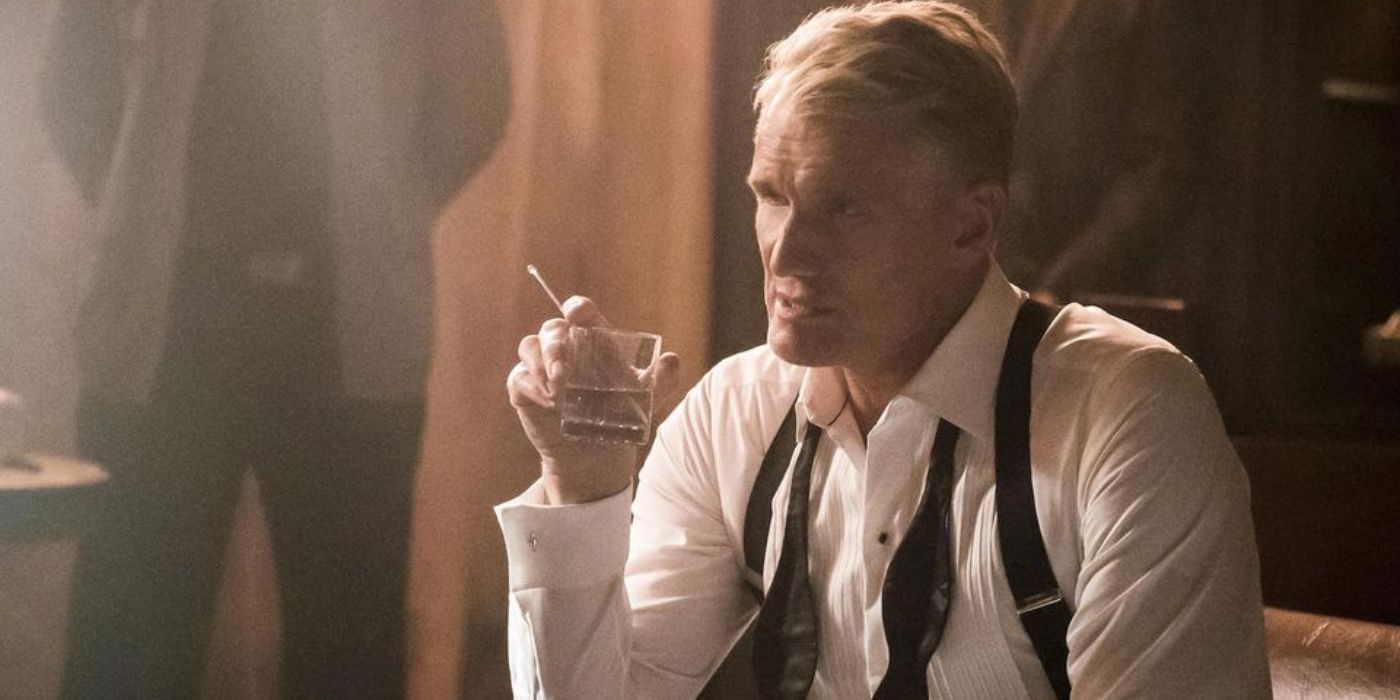 The hits keep coming for Dolph Lundgren. The Hollywood Reporter revealed today that Lundgren, along with Scott Adkins and Ryan Kwanten, will be starring in a new action film, Section Eight.

Section Eight will be centered around the story of a former soldier who is serving time in prison after he seeks revenge on those responsible for murdering his family. When a mysterious government agency needs the soldier’s help, they break him out of prison and plummet him into an unplanned journey.

The film, based on an original screenplay by Chad Law (The Hit List, Drive Hard) and Josh Ridgway (The Sector, Howlers), will be under the direction of Pay Dirt and The Night Crew‘s Christian Sesma and produced by Firebrand.

While this will mark Kwanten’s (True Blood) first showdown with Lundgren and Adkins (Boyka: Undisputed), that will not be the case for the latter two. Lundgren and Adkins will now be adding a fifth notch to their onscreen appearances together, having both starred in The Expendables 2, Universal Soldier: Day of Reckoning, Legendary, and the unreleased Castle Falls.

Of this powerhouse trio, head of Firebrand Brandon Burrows said, “We couldn’t be more excited to have such an incredible cast joining Section Eight. Dolph, Scott and Ryan are so uniquely talented, we can’t wait to see them clash on the big screen.” Action fans everywhere are sure to echo these sentiments.

And for all the men, the announcement of this new film marks another recent project. Lundgren has recently directed, produced, and starred in the Christmas comedy Pups Alone and Castle Falls and is even getting ready to reprise his role as King Nereus in Aquaman and the Lost Kingdom. Not only that, but he has recently confirmed that he will be returning for the fourth Expendables installment. Adkins has been no less busy this year, as the actor is currently filming John Wick: Chapter 4 and One Shot after recently wrapping Day Shift, a new Netflix movie that also stars Jamie Foxx. It looks like they hired the busiest trio in Hollywood as even Kwanten has been tacking on projects left and right. Kwanten’s recent credits include a starring role in the Crackle series The Oath, Blumhouse Television’s Sacred Lies, and the FX drama series Kindred.

With their stacked schedules, we will be lucky to get another action great from three of Hollywood’s biggest stars. Currently, there’s no release date quite yet for Section Eight, but stay tuned to Collider for more information as it becomes available.

Will Poulter Comments on Adam Warlock Casting for ‘Guardians of the Galaxy Vol. 3’: “I Feel Very Lucky”

The classic Marvel character is finally coming to the MCU.

What Is Included in Vampyr Next-Gen Update After 3 Years?