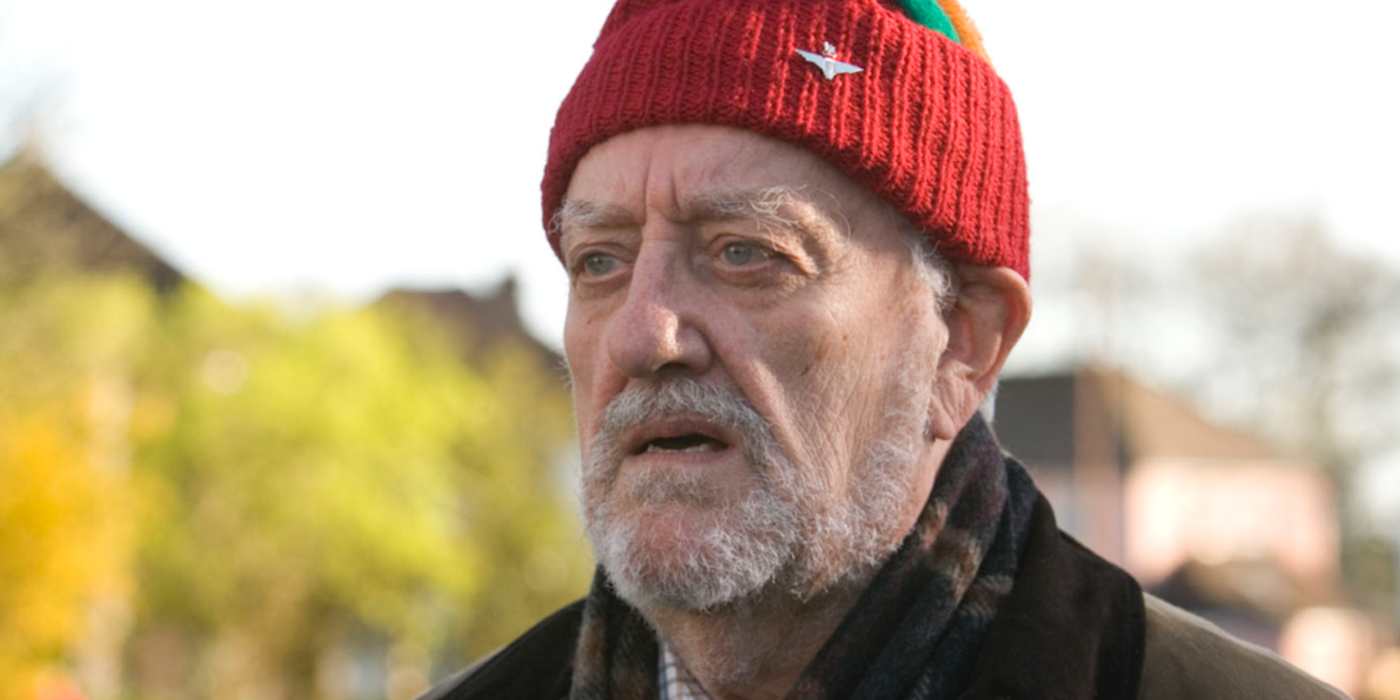 Beloved British actor Bernard Cribbins has died at the age of 93. He was best known for his roles in the film The Railway Children and Doctor Who, among many other notable parts.

In a statement made to Deadline, Cribbins’ agent confirmed his death: “Beloved actor Bernard Cribbins OBE has passed away at the age of 93. His career spanned seven decades with such diverse work ranging from films like The Railway Children and the Carry On series, hit 60’s song Right Said Fred a notorious guest on Fawlty Towers and narrating The Wombles.” The statement continued, “Bernard’s contribution to British entertainment is without question. He was unique, typifying the best of his generation, and will be greatly missed by all who had the pleasure of knowing and working with him.”

Cribbins was born in 1928 in Oldham, Lancashire, England, He has roles in many notable projects, including Alfred Hitchcock’s 197s film Frenzy. But he is perhaps best known for his role in the long-running British television series Doctor Who, in which he played Wilfred Mott, grandfather to Donna Noble, one of the Doctor’s many companions, and fan favorite character of the show’s rebooted run.

Russell T Davies, who worked with Cribbins on Doctor Who, led the tribute the British acting legend. In an Instagram post, Davies paid tribute to his friend, stating simply and solemnly, “love this man. I love him.” He continued,”[t]hat’s him as Snout in A Midsummer Night’s Dream,” referencing the photo he posted of Cribbins, which shows him peaking out from a cut-out in a brick background. “He knew everyone! He’d talk about the Beatles and David Niven.”

Davies went on to recount how much Cribbins’ role on the beloved series Doctor Who meant to him, “[h]e loved being in Doctor Who. He said, ‘Children are calling me grandad in the street!’” In his effusive statements, Davies recounted many touching anecdotes about the actor, praising both his creativity and kindness, a trait which definitely showed up in his work, especially in the character of Wilfred Mott who still stands out among a very crowded cast of supporting characters in Doctor Who.

Cribbins’ career spanned over seven decades and featured many outstanding roles in film, television, and on the stage. Cribbins’ wife, Gill, preceded him in death, having passed away last year. You can see Russell T Davies touching tribute to Cribbins below. Our thoughts and prayers go out to his family and friends at this time.

Stray is a wonderful game with a cat, not a cat game that’s wonderful

OnePlus 9RT Gets Android 12-Based OxygenOS 12 Update: All Details

Huawei’s latest smartwatch comes with a…

How to track invasive mosquitoes

John Wick’s creator is writing a movie based…