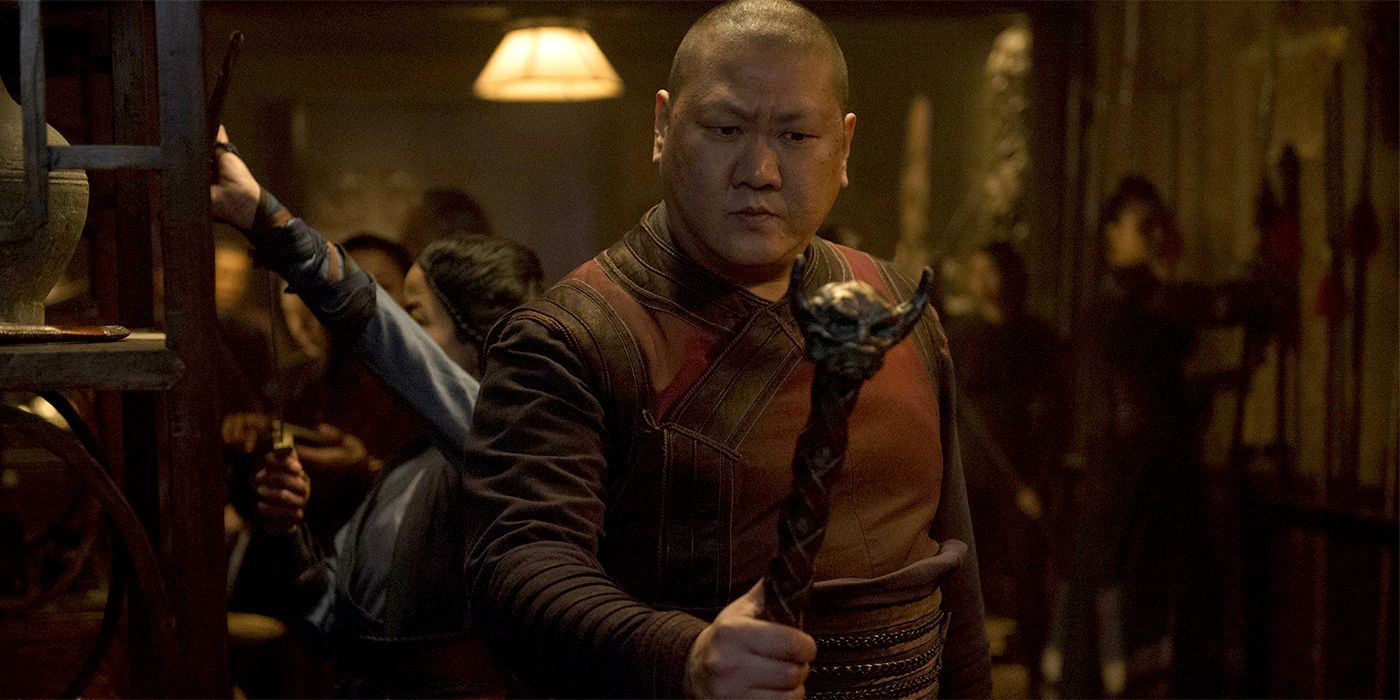 Doctor Strange’s Benedict Wong talks his excitement to return to the Marvel Cinematic Universe as Wong in Shang-Chi and the Legend of the Ten Rings.

Doctor Strange‘s Benedict Wong talks his excitement to return to the Marvel Cinematic Universe as Wong in Shang-Chi and the Legend of the Ten Rings. Wong first made his MCU debut as the librarian of Kamar-Taj in 2016’s Doctor Strange, with his role deviated from the comics as a teacher of the new Sorcerer Supreme rather than a servant of Strange. He has since appeared in Avengers: Infinity War in the first act fight against Ebony Maw and Cull Obsidian and Avengers: Endgame as one of the multiple sorcerers who open the various portals to bring the Avengers and their allies into the battle against Thanos.

After nearly two decades of attempting to get a solo Shang-Chi film off the ground, the ball finally got rolling in late 2018 when David Callaham was tapped to pen the script and co-writer/director Destin Daniel Cretton joined in early 2019 and Simu Liu officially set to lead the film later that year. Initially seeing another speed bump in its production due to the ongoing COVID-19 pandemic, production officially wrapped in October last year and a release set for September 3. In addition to some well-choreographed martial arts and a culturally-rich world, the trailers for the film featured a true surprise with the arrival of Wong and vieweers weren’t the only ones happily surprised to see the character’s return.

Wong recently caught up with SYFY Wire to discuss the upcoming supernatural drama Nine Days and the conversation came around to his impending MCU return in Shang-Chi and the Legend of the Ten Rings. Though keeping his lips sealed on the exact details of his return, the actor did express his rollercoaster of emotions of initially wondering whether he’d be left out of the film to getting the call asking for his reprisal and honor of joining its authentic cast. See what Wong had to say below:

“When Shang-Chi was happening, I was so pleased that it was happening but I was a little kind of crestfallen I wasn’t a part of it. And then the call [from Marvel Studios] came. And I was like, ‘Yes!’ And then to be sat at a table of Asian excellence, it was amazing. And I’m a big fan of all of those artists. Tony Leung (In the Mood for Love) is a massive idol of mine. So it’s been constant surprises, that’s what [the role of Wong] gives me.”

With the interconnected nature of the MCU, characters’ returns are seemingly both set in stone and a complete unknown for the actors behind the extensive character roster. Though Shang-Chi may open the door to the return of Iron Man 3 characters given The Mandarin’s larger role in the former after the multiple fake-outs in the latter, it’s very intriguing to have Doctor Strange‘s Wong and The Incredible Hulk‘s Abomination included. From a narrative standpoint, it’s a curiosity as to how they will explain the two fighting in the combat tournament, but from a cultural standpoint, it’s a treat to see one of the fan-favorite Asian performers in the MCU get to be a part of the adventure.

It’s also a really humbling and sweet treat to hear Wong elated over getting to work with Tony Leung, his “massive idol,” on the film. Though he may not have ultimately had any scenes with the Mandarin actor, to simply get to be a part of the project with Leung is sure to be a dream come true for both Wong and audiences alike. Only time will tell what Wong’s return has in store when Shang-Chi and the Legend of the Ten Rings arrives in September.

More: How Shang-Chi Sets Up An Ant-Man Crossover Movie

Embracer Group has acquired the maker of Deep Rock…