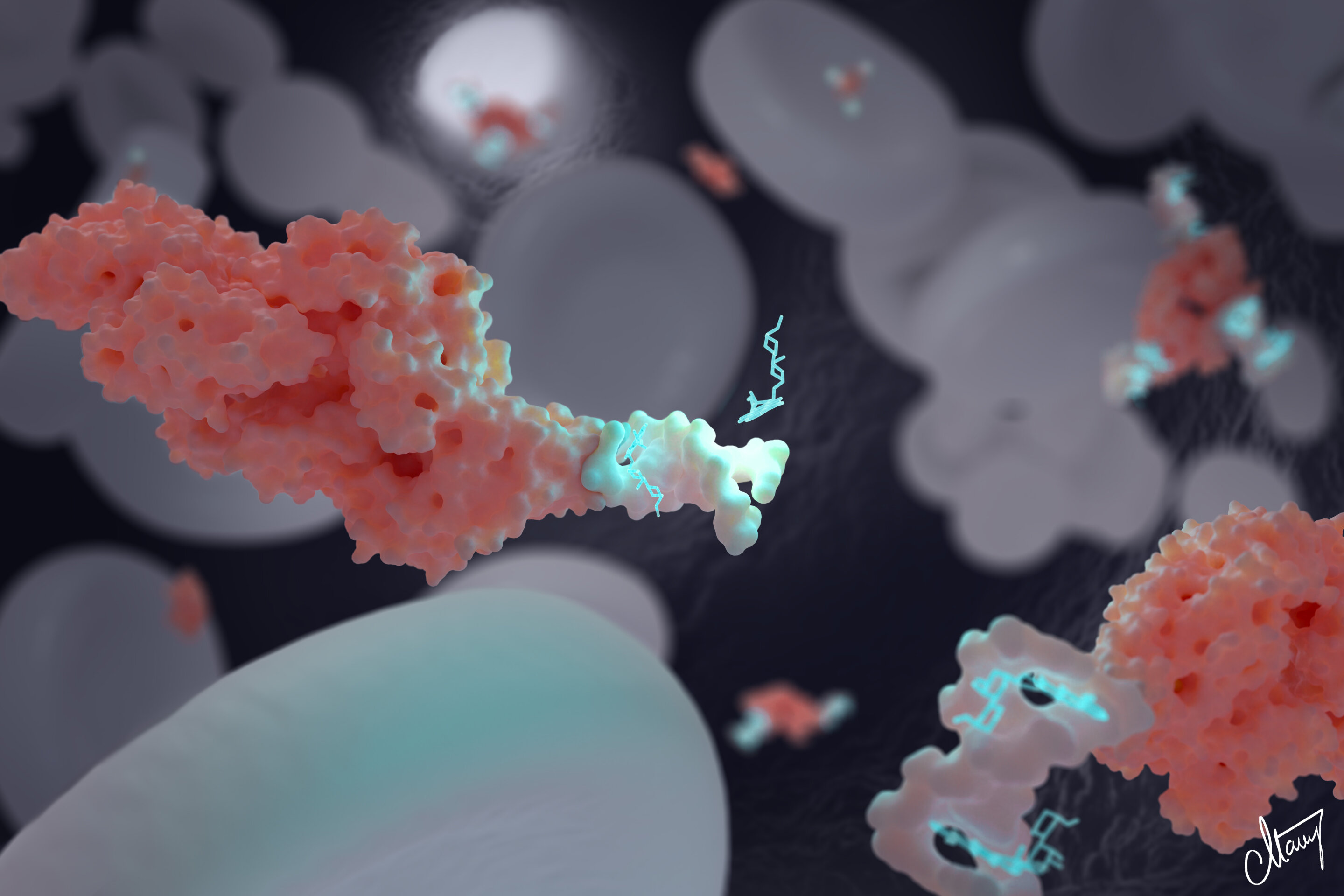 A team of Canadian researchers from Université de Montréal has designed and validated a new class of drug transporters made of DNA that are 20,000 times smaller than a human hair and that could improve how cancers and other diseases are treated

Reported in a new study in Nature Communications, these molecular transporters can be chemically programmed to deliver optimal concentration of drugs, making them more efficient than current methods.

Optimal dosing at all times: A medical challenge

One of the key ways to successfully treat disease is to provide and maintain a therapeutic drug dosage throughout treatment. Sub-optimal therapeutic exposure reduces efficiency and typically leads to drug resistance, while overexposure increases side effects.

Maintaining an optimal concentration of drugs in the blood remains a major challenge in modern medicine. Since most drugs undergo rapid degradation, patients are forced to (and often forget) to take multiple doses at regular intervals. And because each patient has a distinct pharmacokinetic profile, the drugs concentration in their blood varies significantly.

Observing that only about 50% of cancer patients get an optimal drug dosage during certain chemotherapy, UdeM Chemistry associate professor Alexis Vallée-Bélisle, an expert in bio-inspired nanotechnologies, started to explore how biological systems control and maintain the concentration of biomolecules.

This simple idea led Valléé-Belisle—who holds a Canada Research Chair in bioengineering and bionanotechnology—and his research team to start developing artificial drug transporters that mimic the natural effect of maintaining a precise concentration of a drug during treatment.

UdeM Ph.D. student Arnaud Desrosiers, the first author of the study, initially identified and developed two DNA transporters: one for quinine, an antimalarial, and the other for doxorubicin, a commonly used drug for treating breast cancer and leukemia.

He then demonstrated that these artificial transporters could be readily programmed to deliver and maintain any specific concentration of drug.

“More interestingly, we also found that these nanotransporters could also be employed as a drug reservoir to prolong the effect of the drug and minimize its dosage during treatment,” said Desrosiers.

“Another impressive feature of these nanotransporters,” he added, “is that they can be directed to specific parts of the body where the drug is most needed—and that, in principle, should reduce most side effects.”

To demonstrate the effectiveness of these nanotransporters, the researchers teamed up with Jeanne Leblond-Chain, a pharmacist at Université de Bordeaux, in France; Luc DesGroseillers, a biochemist at UdeM; Jérémie Berdugo, a pathologist at UdeM; Céline Fiset, a pharmacist at the Montreal Heart Institute; and Vincent De Guire, a clinical biochemist at the UdeM-affiliated Maisonneuve-Rosemont Hospital.

Using the new drug transporter developed for doxorubicin, the team demonstrated that a specific drug-transporter formulation allows doxorubicin to be maintained in the blood and drastically reduces its diffusion towards key organs such as the heart, lungs and pancreas.

In mice treated with this formulation, doxorubicin was maintained 18 times longer in the blood and cardiotoxicity was reduced as well, keeping the mice more healthy as evidenced by their normal weight gain.

“Another great property of our nanotransporters is their high versatility,” said Vallée-Bélisle.

“For now, we have demonstrated the working principle of these nanotransporters for two different drugs. But thanks to the high programmability of DNA and protein chemistries, one can now design these transporters to precisely deliver a wide range of threrapeutic molecules.”

And, he added, “additionally, these transporters could also be combined with human-designed liposomic transporters that are now being employed to deliver drugs at various rates.”

A clinical study for blood cancers?

The researchers are now eager to validate the clinical efficiency of their discovery. Since their doxorubicin nanotransporter is programmed to optimally maintain the drug in blood circulation, it could be ideal to treat blood cancers, they believe.

“We envision that similar nanotransporters may also be developed to deliver drugs to other specific locations in the body and maximize the presence of the drug at tumor sites,” said Vallée-Bélisle. “This would drastically improve the efficiency of drugs as well as decrease their side effects.”

Provided by
University of Montreal