NVIDIA had a slew of game related announcements to make today, starting with the addition of DLSS support in Marvel’s Avengers and Wolfenstein: Youngblood getting DLSS Ultra Performance Mode for 8K gaming with the RTX 3090. The latter game also received additional optimizations geared to exploit the improved asynchronous compute capabilities of the GeForce RTX 3000 Series graphics cards. You should therefore expect even better performance in Wolfenstein: Youngblood, though the game was already extremely well optimized, to begin with.

Fortnite Is Getting RTX, DLSS and Reflex on Thursday, September 17th

Games that will be adding support for DLSS Ultra Performance Mode include Boundary, Bright Memory: Infinite, Ready or Not, Scavengers, and Watch Dogs: Legion.

Additionally, tomorrow’s Call of Duty: Black Ops Cold War PC beta will feature support for NVIDIA Highlights as well as the latency-lowering NVIDIA Reflex technology. According to NVIDIA, the overall system latency can be improved by up to 20% with Reflex, though the newest RTX 3080 graphics card only gains one millisecond according to this slide. The biggest improvement can be found with the GTX 1660 Super, which gains 15 milliseconds, while the RTX 2060 Super gains six milliseconds at [email protected] (max graphics settings).

To enable NVIDIA Reflex, make sure to have downloaded and installed the latest GeForce Game Ready driver, then head into the game’s graphics options and switch on the NVIDIA Reflex Low Latency setting. 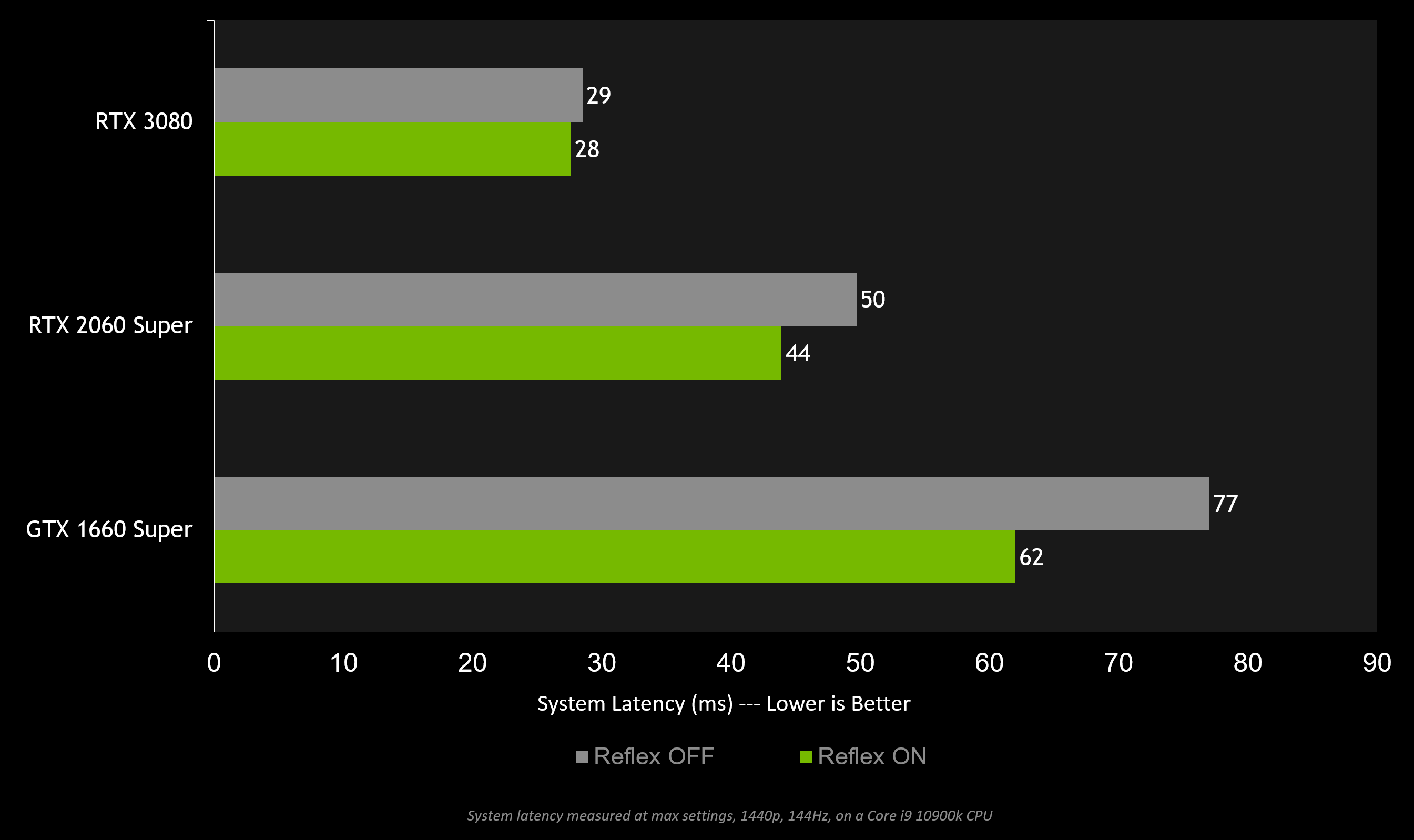 However, the Call of Duty: Black Ops Cold War PC beta does not support DLSS or ray tracing, which will be available in the full game once it’s released on November 13th. There, you’ll also find NVIDIA Ansel support in the single player campaign so that you may grab the ultimate screenshots.