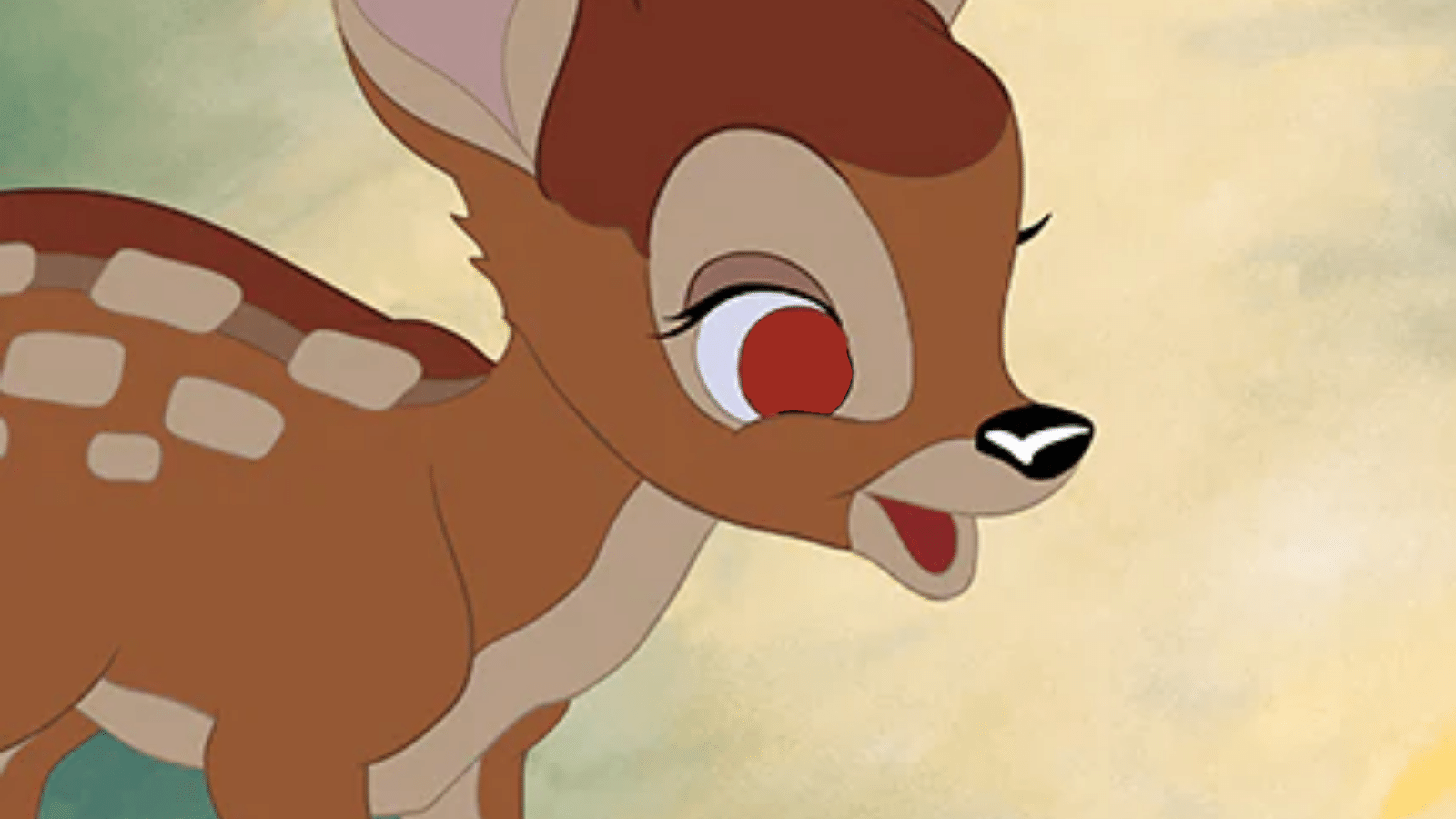 We’ve had movies, animated films, and cinema more broadly in our lives for roughly a century now.

Now that copyright is expiring on the earliest works across these mediums and they become a part of Creative Commons, we’re slowly and surely seeing more and more once-upon-a-time innocent children’s stories getting adapted into tried and true nightmare fuel. Winnie the Pooh, Peter Pan, and Bambi have all fallen victim to it so far.

Even though none of these gory retellings have hit our screens yet, the internet at large is already starting to get sick of them:

In a world where we already have an oversaturation of superhero films, it seems that we’re on the precipice of being swamped with a new subgenre for creative commons children’s characters being turned into slasher villains.

The latest character to get this treatment is none other than sweet, innocent Bambi – the Prince of the Forest will be becoming a slasher villain in his own right, following in the unwitting footsteps of Winnie the Pooh in the next year’s Blood and Honey, and the Grinch in The Mean One, coming to terrorize our screens as early as this Christmas. Peter Pan: Neverland Nightmare is also in the pipeline.

“The film will be an incredibly dark retelling of the 1928 story we all know and love. Finding inspiration from the design used in Netflix’s The Ritual, Bambi will be a vicious killing machine that lurks in the wilderness. Prepare for Bambi on rabies!”

Production on Bambi: The Reckoning is set to begin in late January next year, so ITN Studios and Jagged Edge Productions are wasting no time when it comes to gruesomely ruining fan-favorite childhood characters, with Winnie the Pooh: Blood and Honey set to release on Feb. 15, 2023.