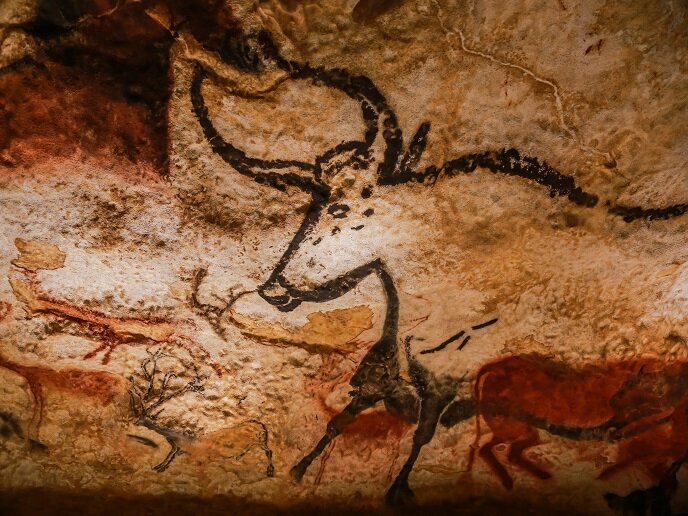 Cave paintings from the Lascaux complex in France to Ubirr in Australia have one characteristic in common—they depict hunters and their prey. Very few of our Paleolithic ancestors seemed interested in doing still-life paintings of fruit and veg. Which is a shame, given that they would almost certainly have eaten a more balanced diet than we often give them credit for, says Cristiani.

“We have had a huge problem talking about the ancient human diet,” notes Cristiani, an archaeologist based at the Diet and Ancient Technology Laboratory (DANTE) in Italy. “One reason for this is that organic matter decays. So when we come across early prehistoric sites, all we tend to find is preserved bones, and perhaps butchering tools.”

This is one reason why prehistoric archaeologists have tended to focus their resources on looking for such clues. This in turn has fed into the popular idea that prehistoric diets consisted primarily of animal proteins.

The story of what ancient humans actually ate, and how our diet evolved, is far richer. This began around 2.5 million years ago, when Homo habilis would have started to use stone tools. Our earliest ancestors were most probably vegetarian, before meat was introduced to their diets through scavenging. With the invention of stone tools and the growth of social cooperation, we would then have learned to hunt for ourselves.

“The controlled use of fire was a great invention that allowed us to cook,” continues Cristiani. “The energy we previously would have needed to digest raw meat, and even raw vegetables, could then fuel our brain.”

A picture of ever increasing dietary complexity follows, with more advanced tools and the use of fire enabling us to outcompete other species. This dietary complexity—based on a mix of vegetation, grains and meat—would also have enabled us to prosper in vastly different climates.

“This is what really differentiated us from other primates,” says Cristiani. “While other species were stuck in an ecological niche, we could migrate across the world using our tools and our brains, because of our diverse diets.”

Proof of a balanced diet

Still, there has to date been a dearth of concrete proof that ancient humans ate a balanced diet. To address this, Cristiani developed a way of identifying starch granules from food, which can remain trapped in hardened dental plaque (called dental calculus) for millennia.

The HIDDEN FOODS project, of which Cristiani was coordinator, also recovered microscopic traces of starch from tools that might have been used to process tubers and grains. The project focused on remains from 40,000 to 8,000 years old, from a number of sites in Europe.

“We found that ancient societies who were thought to rely on fish or meat also ate wild cereals,” adds Cristiani. “Their diets were much more balanced. From the way that starches were preserved on their teeth and tools, we could also tell that they liked to make a sort of porridge.”

The technique was also able to show other behaviors such as the use of the mouth to tan hides, as well as the use of plants that are known for their medicinal properties. “This dental calculus is really a treasure from the past that we are scraping off,” remarks Cristiani.

How Stone Age humans unlocked the glucose in plants