‘Delta Plus’ Variant Of Covid-19 Coronavirus Emerges, What You Need To Know 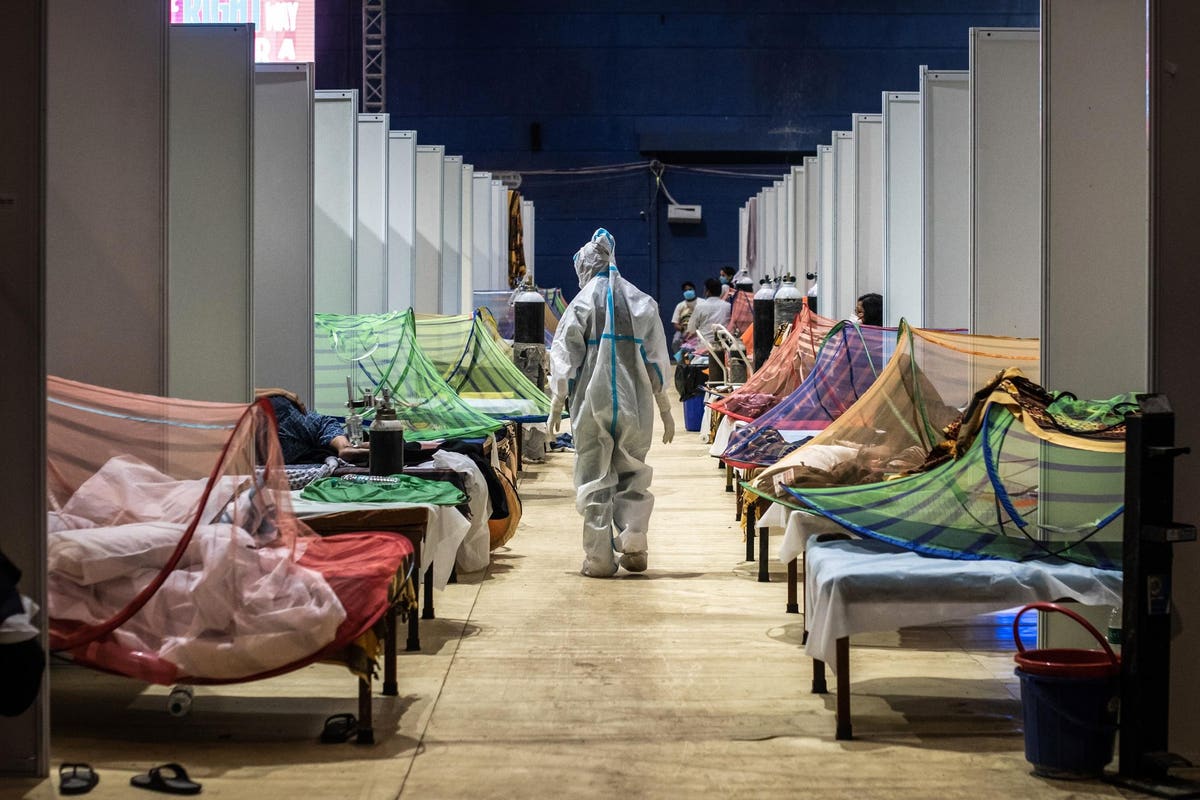 Delta Plus may sound like a new special service being offered by Delta Airlines. But when flying or doing anything else for that matter, don’t ask for the Delta Plus Covid-19 coronavirus variant. You may not like what you get.

The name refers to a new variant of the severe acute respiratory syndrome coronavirus 2 (SARS-CoV2). It’s received the “Plus” designation because it’s not quite different enough from the original Delta variant to merit its own Greek alphabet letter. In fact, it’s basically the already-concerning Delta variant, plus one new addition. That new edition is a K417N mutation, a mutation that affect the virus’s spike protein.

New variants emerge when mutations occur in the genetic code of the virus. When the Covid-19 coronavirus reproduces in the cells of your body, it can be similar to a drunk person hastily making photocopies of his or her bottom at the office. The virus can end up making various mistakes when replicating its genetic code. These “mistakes” are essentially mutations that can yield slightly different versions of the virus. Some of these mutations may make the virus weaker. Some may have little effect. Others may make the virus stronger like what has happened with the Delta variant and what now may be the case with the Delta Plus variant.

The WHO has already applied the “variant of concern” label to the original Delta variant, otherwise known as the B.1.617.2 variant if you prefer using a name that looks like an incomplete Boston-area phone number. The Delta Plus variant has a similar alternative name as well: the B.1.617.2.1 variant, which looks like someone managed to dial one more digit. Then there’s the Sopranos-esque name for the Delta Plus variant: the AY.1 variant.

Is designating the Delta Plus variant as a “variant of concern” separate from the original Delta variant a case of premature nomination? Is the Delta Plus variant different enough from the original Delta variant? Or are they like the 2011 movies No Strings Attached and Friends with Benefits, essentially the same thing except one has the K417N mutation or Ashton Kutcher and the other does not? The key question really is how much worse than Delta might Delta Plus be?

Well, there’s little question that the original Delta variant is already highly concerning. This more contagious version of the virus has been spreading rapidly throughout different parts of the world. It’s triggered resurgences in Nepal and Southeast Asia and compelled the U.K. government to delay their planned full reopening of society, as Ewen Callaway reported for Nature. The appearance of the original Delta variant in Sydney, Australia, has led to a new round of shutdowns.

There’s also the concern that the Delta variant may be more adept at attacking your lung cells. This is bad news for not only your lung cells but you as well. After all, unless something had gone horribly wrong, you and your lung cells are attached. As a result, the Delta variant may be more likely than other versions of the virus to make you more ill. A June 11 report from Public Health England indicated that “early data from both England and Scotland demonstrate an increased risk of hospitalisation with Delta compared to Alpha.”

According to Bhargav Acharya and Shilpa Jamkhandikar writing for Reuters, India has already had at least 40 reported cases of the Delta variant. The U.S. has had at least 83, the U.K. at least 36, Portugal at least 22, Switzerland at least 18, and Japan at least 15. The Delta variant has also already appeared in Canada, Nepal, Poland , Russia, and Turkey.

Again the question is whether the additional mutation in the Delta plus variant will make it even more transmissible, even better able to attack your lung cells, and even more resistant to antibody responses than the original Delta variant. And how well will the currently available Covid-19 vaccines protect against the Delta Plus variant?

The only ways to prevent the Delta and Delta Plus variants from becoming dominant is to employ a combination of social distancing and face mask wearing to slow their spread until enough people are vaccinated to reach herd immunity thresholds. Once herd immunity thresholds are reached and exceeded, the viruses will have much more difficulty spreading. It will then be a lot easier to contain the spread of the virus, and life can truly “return to normal.”

This may sound straightforward. However, there are big buts, I cannot lie. Many parts of the U.S. seem about as ready to deal with the Delta variant as your dog is to drive your car. In many locations, social distancing and face mask-wearing appear to be going the way of the rotary phone or MySpace with people abandoning these measures as if the pandemic were over. Thus is happening despite the fact that no official public health authority has declared the pandemic over. Not even close. As Zombieland and basically every horror movie should have taught you, premature relaxation can be a grave mistake.

Denial of responsibility! TechCodex is an automatic aggregator of the all world’s media. In each content, the hyperlink to the primary source is specified. All trademarks belong to their rightful owners, all materials to their authors. If you are the owner of the content and do not want us to publish your materials, please contact us by email – [email protected]. The content will be deleted within 24 hours.
AY.1 variantB.1.1.7B.1.617.2B.1.617.2.1 variantDelta Plus VariantDelta variantIndiaK417N mutation
0
Share

F9 Ending & Mid-Credits Explained: Why Nobody Stays Dead in the Fast Saga