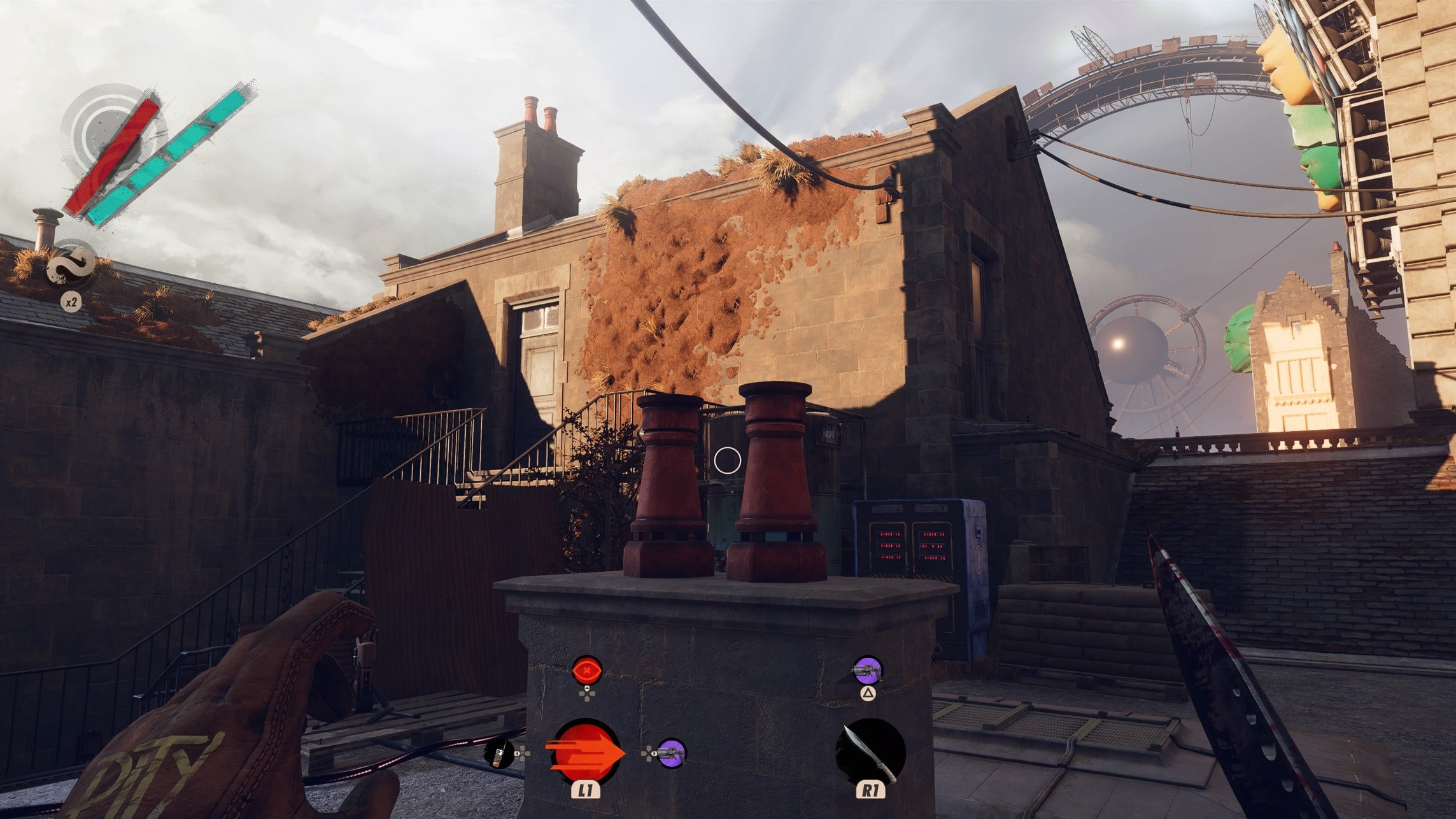 
If you love the smell of Updaam in the morning, head over to Deathloop’s Smoking Contest near Colt’s apartment for a devious door code puzzle.


This is one of your first introductions to the multifaceted nature of Deathloop’s puzzles and how you can interact with the time loop in different ways to produce different results.


Remember, Deathloop randomises door codes and other digits between players and playthroughs, so another player’s solution most likely won’t work in your game – you’ll need to go through all of the steps yourself.


To complete the Updaam Smoking contest quest, you’ll be visiting Updaam in the morning and afternoon, as well as Karl’s Bay in the afternoon twice – but with different outcomes.

How to sabotage the Smoking Contest in Deathloop


You’re most likely looking for the solution to the Smoking Contest puzzle after stumbling upon it already, but from Colt’s open apartment window – which is just to the right of The Library and in front of Dorsey Square – turn around and look up the set of metal stairs.


There’s a door here, or an open window to the right, which leads into a room with a makeshift smoking contest machine. On a nearby desk and around the room, you’ll find some contextual notes that clue you in to the situation: one of the Eternalists is planning a deadly prank on the others to try and claim the room for themselves.


From the smoking contest machine, follow the pipes along the floor and you will find a connected machine with a button and lights on it.


Pressing the button changes which of the smoking pipes is safe to inhale, and therefore, which of the Eternalists will survive the contest.


Sabotaging the machine will affect which of the three codes you can collect later, and eventually let you access the room when you have all three.


By default, the light is in the middle, but you can also change it to the red pipe at the top, or the blue pipe at the bottom.

How to get the Pact of Smoke door codes


First up, leave the smoking contest machine as it is, then return to Updaam in the afternoon.


Go back to the smoking contest room and you’ll find a new audio log and notes there from the perpetrator of the prank, Cass.


These give you the first piece of the puzzle and start you on the way to solving the mystery.


Next, return to the Pact of Smoke room in Updaam during the morning.


This time, press the button until the light is next to the red pipe. Then leave the level.


Go to Karl’s Bay in the afternoon and bear left as you exit the tunnels, following the road up past the Forever Young mural and Gardens of Perception facade.


On the other side, go down the stairs in front of you and look through the open door on the right.

Inside this building, you’ll find a note containing the second Pact of Smoke door code from a different Eternalist that now survived the smoking contest.


Leave the level, then go back to Updaam in the morning.


This time, press the button until it’s next to the blue pipe, then leave.


Again, queue into Karl’s Bay in the afternoon, but this time once you get past the Garden’s of Perception facade, go around the corner to the right.

Then go over the top of the rooftop in front of you.


Turn around and you’ll see a building called “Best of Blackreef”. Inside, in the glow of the wall of TVs, you’ll find the final note and the last Pact of Smoke door code.


You can now return to Updaam during the morning, afternoon or evening to claim your prize which, unless you’re very, very interested in Deathloop’s lore, might be a little underwhelming given the build up.


For the definitive verdict on the game, check out our Deathloop review!

Does sunshine affect the decision making of top corporate executives?

Diablo 2 character gone bug and where to find…