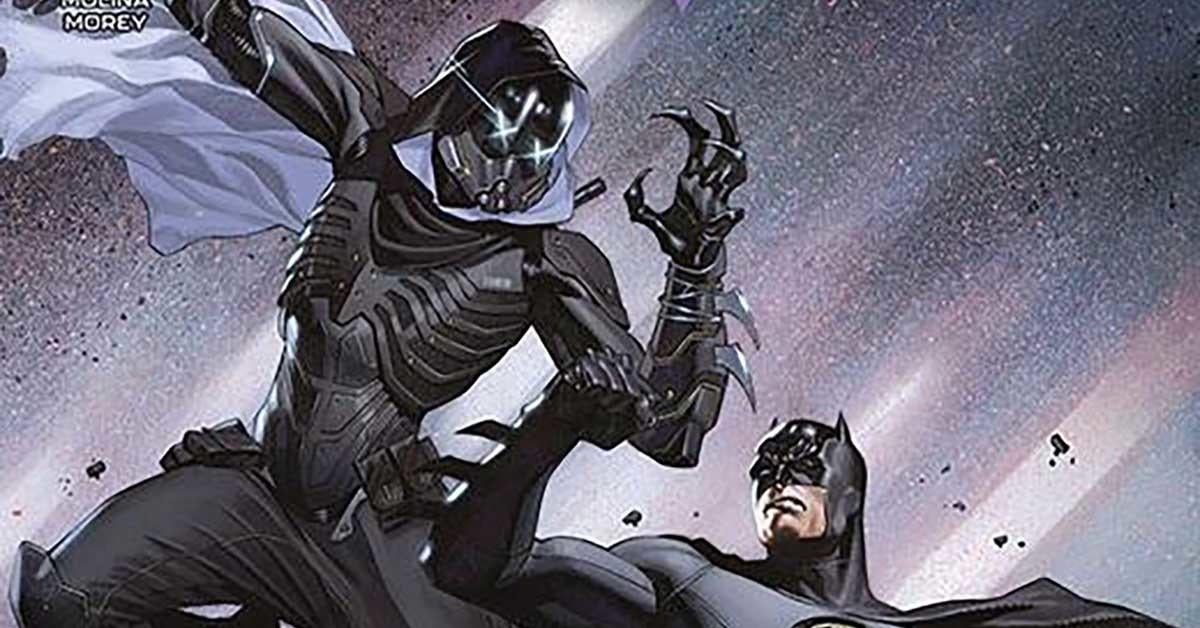 Last month, DC Comics announced that Joshua Williamson will be the next writer to take over Batman following the departure of James Tynion IV later this year. Williamson’s tenure will kick off with Batman #118 in December and begin a new storyline for the iconic character called “Abyss” and will see the first appearance of a brand new villain also named Abyss. Now, we’re getting our best look yet at that new villain with DC telling fans to “expect thrills and chills as Batman dives into the shadows once more.”

On Wednesday, DC Comics released Jorge Molina’s concept art for Abyss. The image features four takes on the character, each featuring slightly different color variations. Very little is known about Abyss, but the concept art gives the character a bit of a grim reaper meets Phantasm vibe. The character is also featured on the cover of Batman #119 which is due out in January.

Williamson has been a very prolific and influential writer for DC. Not only does he have the current Future State: Gotham, Robin, and Infinite Frontier titles, but he has the upcoming Deathstroke Inc. debuting in late September as well. Williamson also wrote The Flash for four years, from 2016’s The Flash: Rebirth one-shot through The Flash #762 last year, totaling 100 issues of the main series as well as multiple annuals and several Batman crossover issues. As for Batman, Willamson’s run will feature art by Jorge Molina. You can check out the covers for the first two issues, #118 and #119, here.

In early August, the Eisner-winning Tynion announced that he was leaving Batman in a move to Substack and a focus on creator-owned work, including the launch of a new comic, Blue Book, with acclaimed artist Michael Avon Oeming. Tynion wrote in a Substack newsletter that his last issue of Batman will be #117 in November, which will see the title through the Fear State event. Tynion was named the new Batman writer on Batman Day in 2019, picking up the title after the departure of Tom King.

You can find the solicitation information for Batman #118 and Batman #119 below!

Are you excited for Williamson’s Batman run? Let us know your thoughts in the comments.

Send Margaret Thatcher Back To Hell In This Free Game