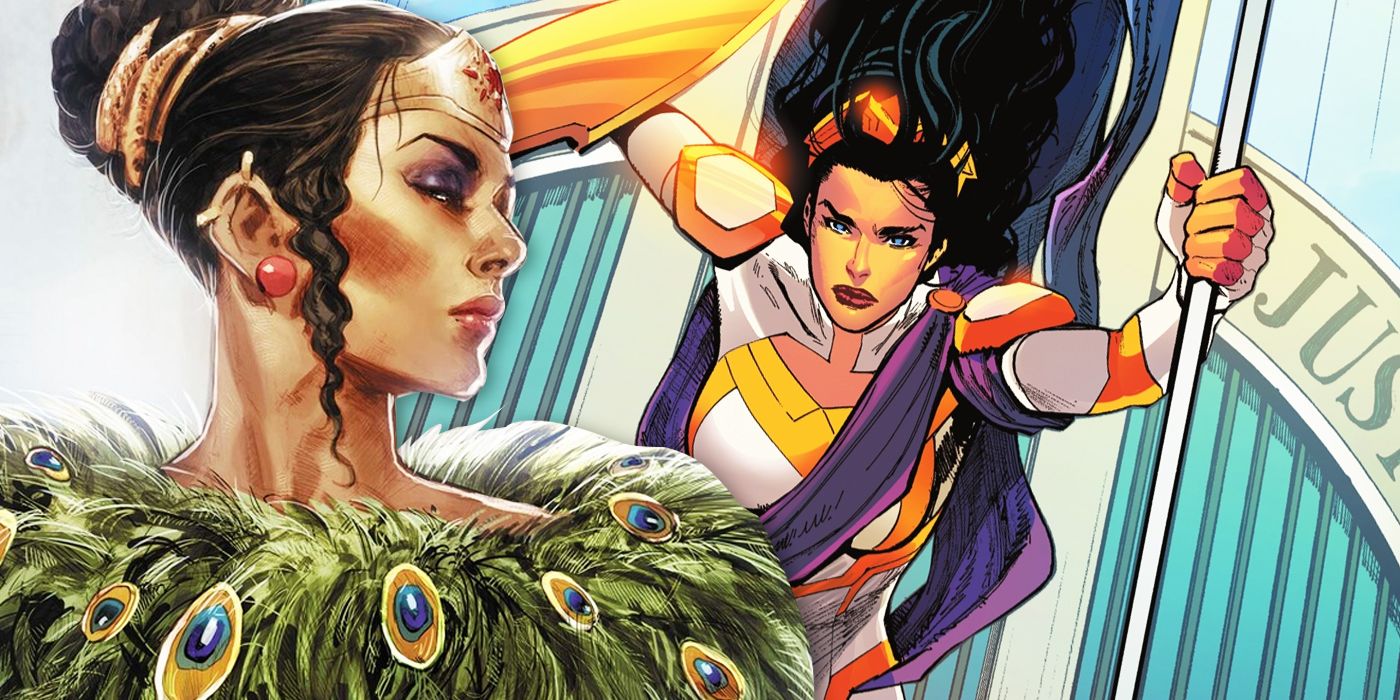 Wonder Woman’s mother, Hippolyta, is getting her own solo series which will explore her hidden past and how she became the queen of the Amazons!

Hippolyta is a big part of DC’s new Infinite Frontier era. In a bold and exciting move, Hippolyta officially joined the Justice League. This major move meant that Themyscira would be left without a queen, but thankfully Nubia stepped in and took Hippolyta’s place. It’s unclear if any of Hippolyta or the Amazons’ current storylines will fit into the new series. However, more likely than not it will be disconnected due to it not being under DC Comics’ main banner. That being said, it could have a big impact on the way that future comics depict Hippolyta and the Amazons.

DC is teasing that Wonder Woman Historia: The Amazons will be “one of the most unforgettable DC tales of all time.” It’s clear that the scope that the creators intend to explore is massive. Not only will it explore Hippolyta’s backstory and its secrets, but it will see an all-out war occurring in heaven! According to DC Comics, Wonder Woman Historia: The Amazons is set in the past and tells the story of how Queen Hera and the goddesses created a new society, Themyscira, unbeknownst to their male counterparts. Having grown tired of their ways, the goddesses worked to perfect their newly created society as a wondrous place, unlike anything that Earth had seen before.

However, it wasn’t long until their scheming was uncovered by the male gods, leading to the aforementioned all-out war in heaven. Somehow, Hippolyta is the major factor that sets off the chain of events to come. The series will explore Hippolyta’s secret past in much more detail than it has ever been told before. As the series picks up, Hippolyta is “a despairing woman” who crosses paths with the Amazons, which somehow leads to her ruling Themyscira and birthing the world’s greatest guardian, Wonder Woman.

It’s unclear if Wonder Woman Historia: The Amazon takes place in one specific time or if it has some time jumps. But what is certain is that Hippolyta will be going through a lot, but it will all be essential in forming who she is today. The many goddesses and gods of the Olympian pantheon will appear and battle each other over the creation of Themyscira. Who will reign victorious is pretty evident given Themyscira’s history, however, with this being a DC Black Label series it’s possible that things may take a turn for the unexpected. Wonder Woman Historia: The Amazon hits shelves on October 19.

Next: The New Wonder Woman Shows How Deadly Diana Can Actually Be

Ben Rolph is a Comics features writer for Screen Rant. Based out of London, United Kingdom, Ben owns and runs an Arrowverse YouTube channel called ‘TheDCTVshow’, as well as being a film critic at DiscussingFilm. He is also a Tomatometer-approved critic and studies film at the University of Westminster.

Ben has a passion for the Arrowverse shows, especially The Flash and Supergirl, which he has watched and analysed for years.

Valve Says It Never Really Compared Its Handheld to Switch