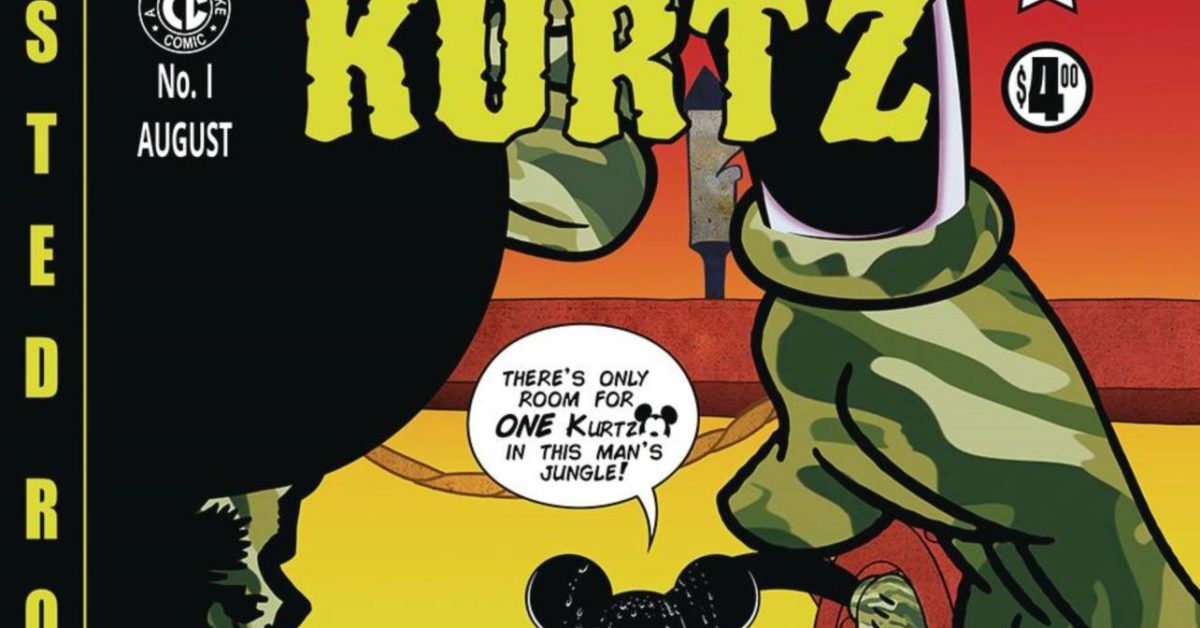 Dave Sim has, in recent years, taken his highly regarded 300-issue Cerebus graphic novel and transformed it into the ridiculed-then-mostly-ignored Cerebus In Hell. A series of one-shot cut-and-paste strips using his own work and that of Gustave Dove, alongside the likes of Benjamin Hobbs, Sean Michael Robinson and David Birdsong railing against and mocking what he sees as society’s and comic books’ moral deficiencies, with a series of Cerebus In Hell comics. And with each one-shot, tries to parody some aspect of comics and comics history in its cover and name, hoping to get some confused sales along the way along with a new issue number one.

Colonel Walter Kurtz was played by Marlon Brando in the Francis Ford Coppola film Apocalypse Now in 1979, inspired by Joseph Conrad’s nineteenth-century novel Heart Of Darkness. And, looking like Mickey Mouse, is the focus of Dave Sim‘s Cerebus In Hell parody from Aardvark-Vanaheim in August 2022. But it’s not just a 43-year reference in the frame, it’s also Harvey Kurtzman‘s Two-Fisted Tales, an anthology war comic published by EC Comics from 1950 to 1955, so that’s a 72-year-old reference, as well as Nickey Mouse in Steamboat Willie from 1928. No wonder Dave Sim is worried no one will get the references.