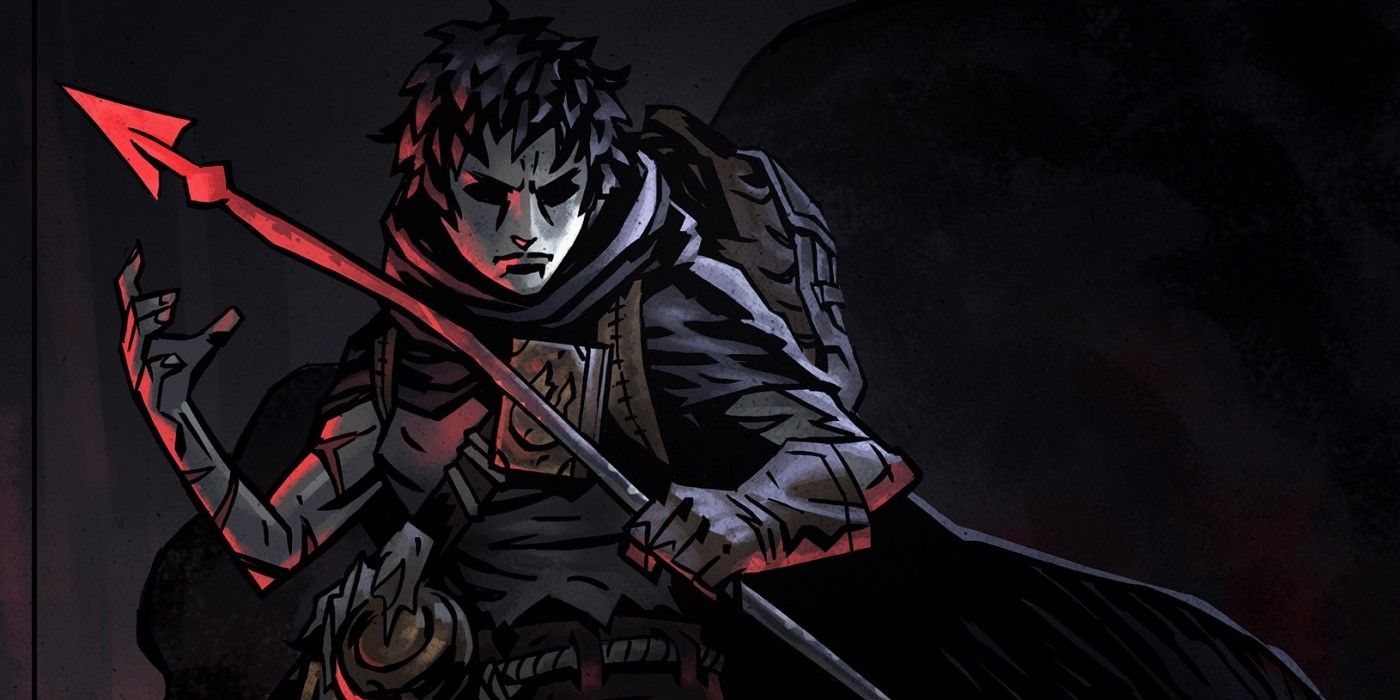 No, it isn’t merely a trick of the light – the highly anticipated sequel will go into early access soon on the Epic Games Store

The release date for the highly anticipated Darkest Dungeon II was released on Twitter today. The text on the tweet reads “Darkest Dungeon II (Early Access) is coming to @EpicGames on October 26th, 2021!” The text is accompanied by a link to the Epic Games Store and the trending hashtag #DarkestDungeon2.

Fans of the original Darkest Dungeon game have been eagerly anticipating the sequel ever since February of 2019 when PC Gamer announced it was coming in an exclusive interview with the developers. Some old figures will be returning, including the founding members of the Darkest Girl Squad: the Hellion, the Plague Doctor, and the Grave Robber. The Highwayman, Leper, and the Man-at-Arms are also going to appear as playable characters in the sequel. It was all revealed in “The Howling End” teaser trailer which debuted at the same time.

RELATED: ‘Slay the Spire’ Mobile Review: Just as Addicting (and Infuriating) on Android as It Is on PC/Console

As to what the game will be about? Very few details are known. Other than the returning characters, a tweaking of the art style (they’re going 3D, boys!), and the wonderful news that voice actor Wayne June will once again be gracing gamers with his gravitas as The Narrator, the game developers at Red Hook are keeping details “close to the chest”. One thing fans do know is that unlike the original game, which had a foreboding atmosphere of doom and gloom in a single setting, the sequel will be more like a journey of hope. A literal journey, by the way – fans’ favorite warriors will be leaving The Manor either in search of some beacon of hope, or to escape the horrors forever. This sounds like the developers may be taking some inspiration from similar journey-based strategy games like Slay the Spire or FTL: Faster Than Light, which were also critically and commercially successful indie titles.

Fans will finally be able to discover the secrets and surprises when early access opens up on October 26 exclusively on the Epic Games Store. Check out the announcement tweet below.

‘What If…?’ Mid-Season Trailer Teases the Return of Korg, Ultron, and More

Steel Assault Arrives On PC And Switch Later This Month

Apple iPhone 13 and Apple Watch live blog: all the announcements