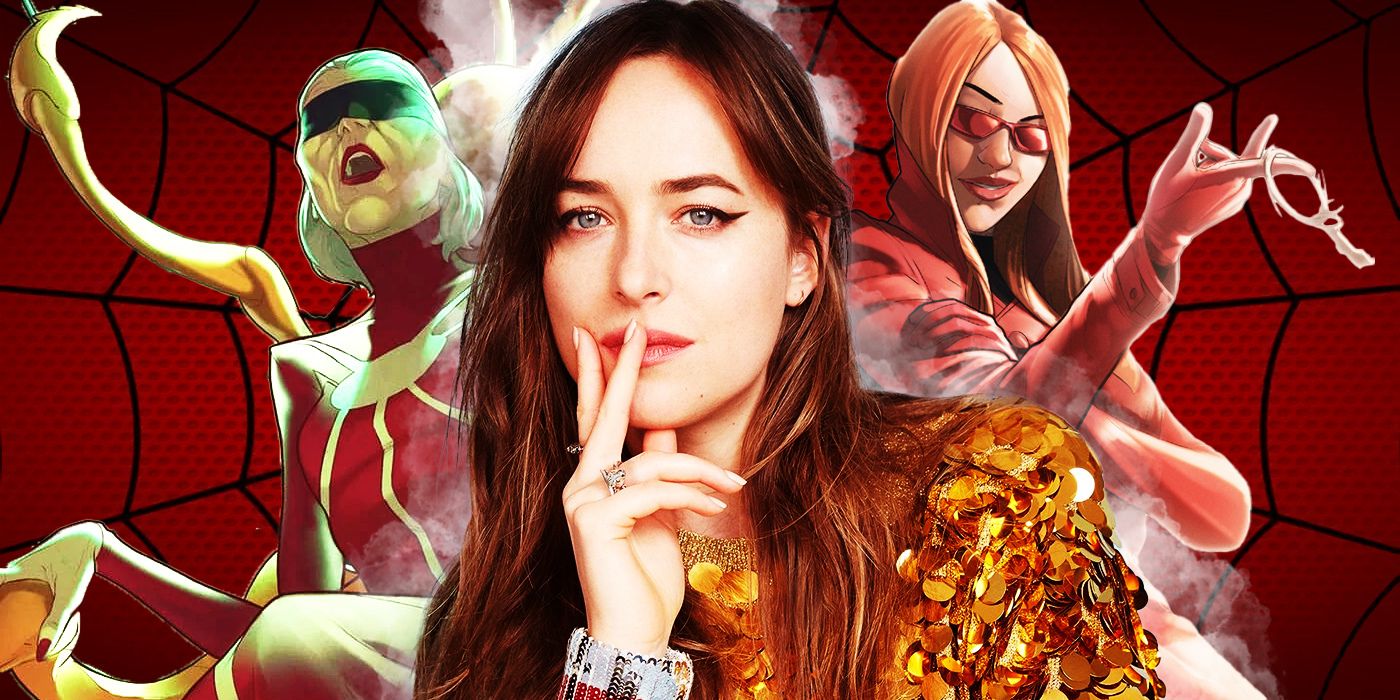 While Madame Web is a highly-anticipated blockbuster expected to expand Sony’s corner of the Marvel universe, lead star Dakota Johnson promises that the movie will have “heart” just like smaller, more drama-centric productions. In an interview with our very own Perri Nemiroff for Cha Cha Real Smooth, Johnson spoke about the experience of doing a blockbuster after so many small-scope projects, while teasing that individuals involved with Cha Cha Real Smooth and Am I Okay? would be joining her.

Johnson is no stranger to blockbusters, having been a part of the Mark Zuckerberg biopic The Social Network and the Fifty Shades franchise. However, in the last few years, the star has dedicated herself to a series of small-scope dramatic projects where she could flex her acting muscles in different ways. That’s why we are very excited to see Cha Cha Real Smooth when it comes to theaters and Apple TV+ on June 17, especially after watching Johnson in The Lost Daughter, The High Note, and even The Nowhere Inn, all showcasing the versatility that Johnson has an actress.

When asked how it felt to return to the blockbuster game, though, Johnson seemed optimistic that her experience in small-scope projects could turn Madame Web into a different kind of superhero movie. In Johnson’s words:

“I guess having experience on all tiers of films I can bring maybe some stuff from the little movies to the big movies that I want to see in them, you know? I really love seeing large-scale films that still have heart in them.”

While talking about Madame Web’s production, Johnson revealed that individuals involved with Cha Cha Real Smooth and Am I Okay? will be involved in the Marvel feature. So far, all we know is that Johnson will play the role of the titular character, a heroine with cognitive powers who’s capable of seeing into the future. Madame Web will also star Tahar Rahim, Sydney Sweeney, Celeste O’Connor, and Isabela Merced in unknown roles. A Johnson tells us:

“People from ‘Cha Cha [Real Smooth]’ and some from ‘Am I Okay?’ are coming on to Madame Web with me. It’s cool. It’s fun to be able to start creating a real team of people that make movies.”

We can’t say for sure if Johnson is talking about fellow actors or other members of the blockbuster crew. However, none of the cast members announced so far is part of either Cha Cha Real Smooth or Am I Okay? Madame Web will be directed by S.J. Clarkson (Jessica Jones, The Defenders) from a script by Morbius’ writers Matt Sazama and Burk Sharpless, so all the main roles in the movie’s production are also covered.

Whoever is coming from Cha Cha Real Smooth and Am I Okay? could add a new perspective to Madame Web, and considering how Morbius flopped, Sony will need a uniquely creative project to save the live-action Spider-Verse.