The Canadian Radio-television and Telecommunications Commission (CRTC) has released its findings from testing the wireless public alert functionality found in a variety of phones, including those from Apple and Samsung.

Specifically, the telecom regulator has been studying how each handset reacts to alerts depending on volume output and silent modes.

Tests were conducted from January 20th to the 24th, 2020 in Ottawa. The CRTC notes that these are the 10 phones that were available at the time.

To put those numbers into perspective, the CRTC put together a chart of common sounds and their level of volume (in dB):

In other words, the iPhone 7, iPhone 8, and the LG G7 could be louder than heavy traffic, subways, boom boxes, motorcycles and school dances. Given that the CRTC says “above 105 dB” means that these three handsets could even be as loud as a chainsaw or leaf blower.

Considering that the phones can get quite loud, the CRTC also tested what options users have to try to control this noise.

In the end, this is what the CRTC found: 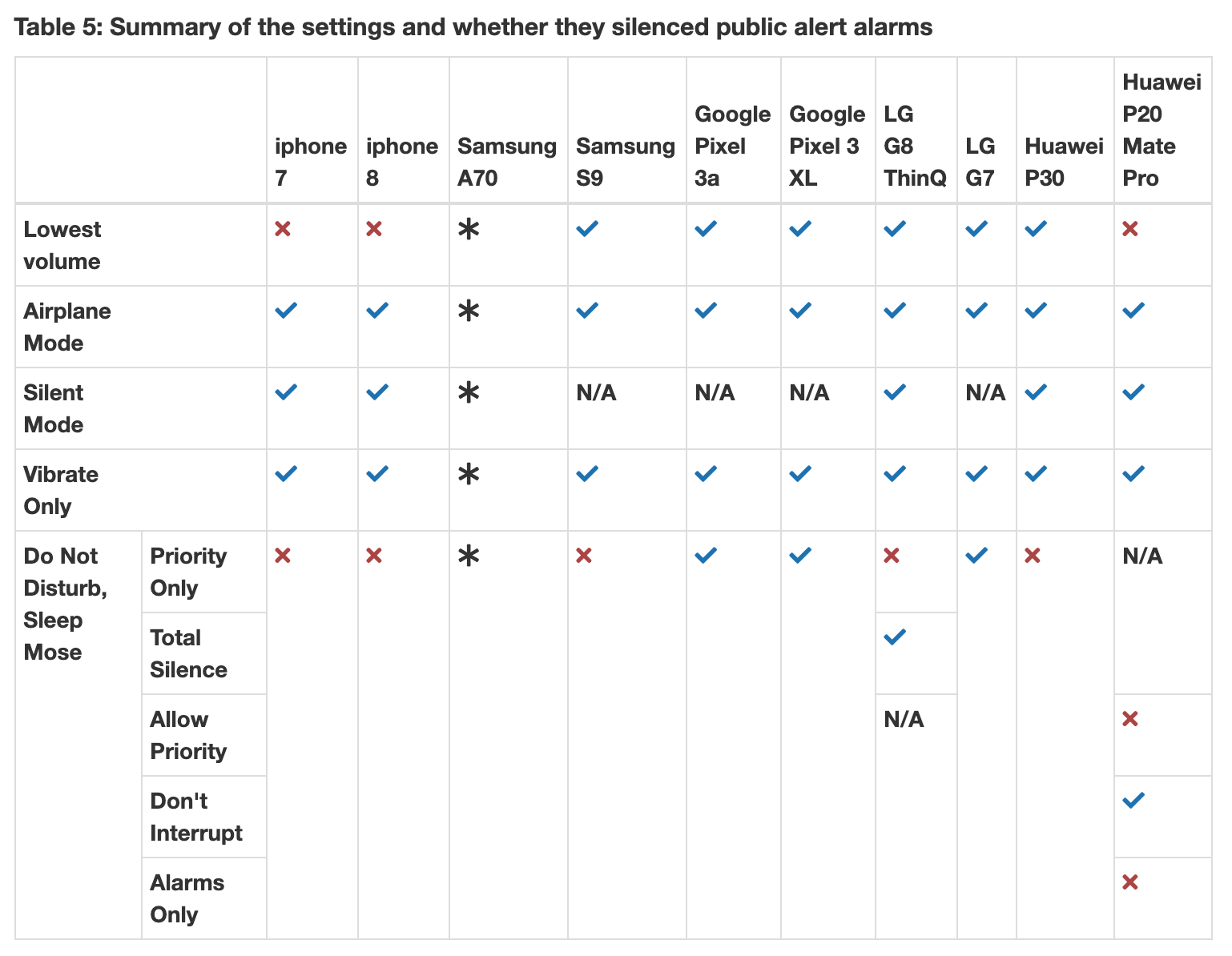 In conclusion, the CRTC found that there is a “notable amount of device-to-device variability with respect to the settings that control public alert volume; this may include distinct public broadcast settings that can override device settings for public alerts.” What this means, the CRTC writes, is that “phone users may have difficulty finding the correct settings to control the volume of alerts and may experience frustration when receiving an alert.”

Additionally, the CRTC notes that ‘Do Not Disturb’ or ‘Silent”’modes “may or may not suppress public alerts, but often are not intended to.” That said, the organization found that Airplane mode is a viable option for people who may not want to be disturbed at certain times, such as at nighttime.

You can read the CRTC’s entire post on the testing can be found here.

Via: iPhone in Canada