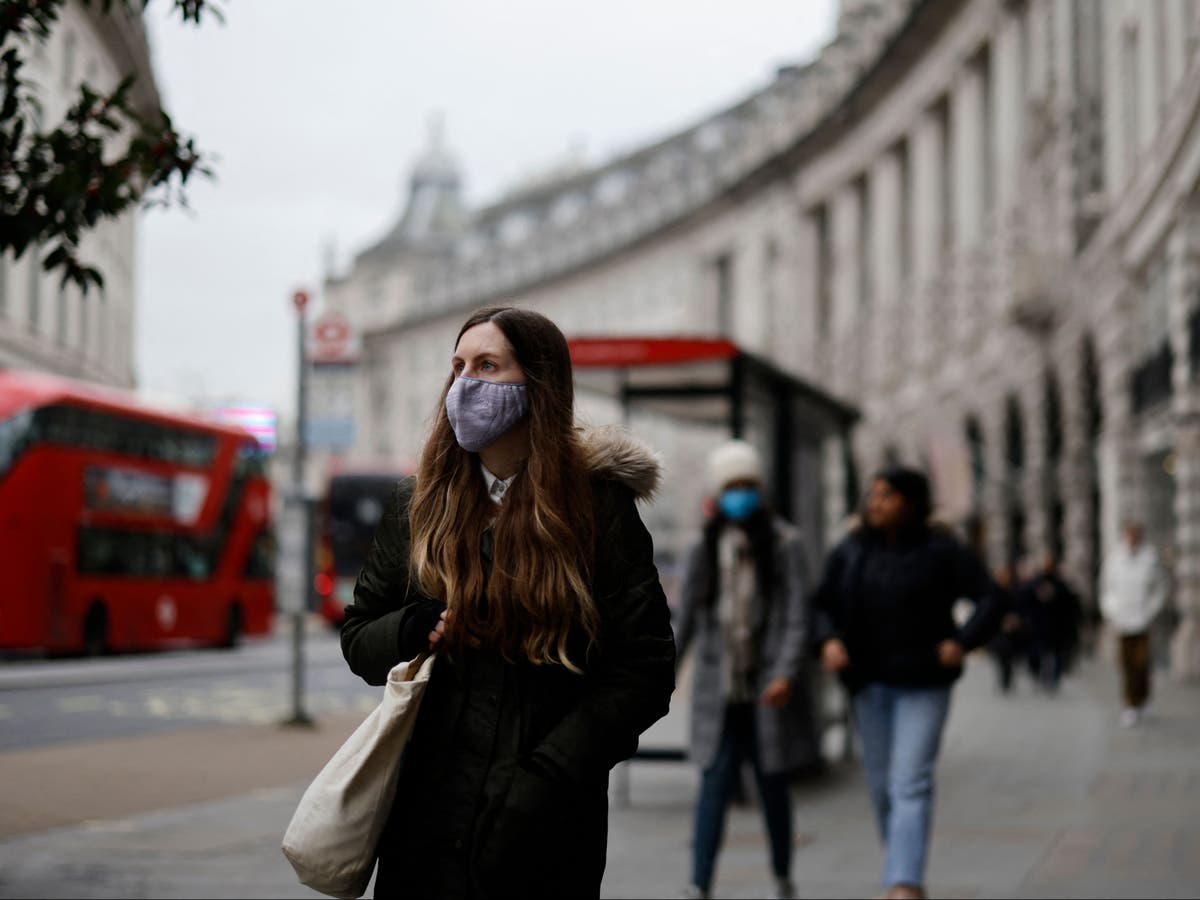 Covid infections appear to be flatlining at worryingly high levels in England, experts have said.

Although rates are falling among adults, the prevalence of the virus in children is growing, according to the latest data from the UK’s React survey, run by Imperial College London.

Two-thirds of recent cases were also among those who said they had previously caught Covid, although scientists cautioned that it was hard to determine whether these were true reinfections, or a result of people still testing positive from lingering infections.

The study, which assessed 100,607 swabs between 5 and 20 January, suggests that infections peaked around the beginning of the month, when 1 in 23 people had the virus, before declining and then flattening off.

“We’ve seen in January a decline overall, with an R number below one,” said Professor Paul Elliot, director of the React survey. “So it got to a very high level and then has declined. But there is some indication that that decline is now plateauing.”

He pointed to the example of Delta’s spread last summer, which saw cases “bubble around … at what we thought were high levels of prevalence.

“Then we’ve had this massive surge in infections from Omicron and now we’re at a much higher level. Are we going to see the same thing again, at a new set point for Omicron?

The React study suggests that 4.41 per cent of the population in England had Covid between 5 and 20 January, three times higher than reported for December.

The highest prevalence was observed in those aged five to 11, at 7.81 per cent. This figure stood at 2.43 per cent for those aged 75 and over, having risen 12-fold from December, and reflected “a high level of infection among a highly vulnerable group,” the study said.

Prof Elliot said this trend was of “particular concern”. He added: “Clearly the rapid increase in Omicron infections may continue to put pressure on health services and it will be clearly important to monitor hospitalisations over the coming weeks to see if the trends we’re seeing in infections follow through into admissions.”

The authors of React said that although there was a fall in prevalence among adults towards the end of the study, rates still remain “very high”.

“Among school-aged children there has been a rise in prevalence as they returned to school in January after the end-of-year break,” they added, with around 10 per cent of under-17s testing positive by 20 January.

The latest figures from the Department for Education show that the number of children off school because of Covid-19 in England has hit record levels, with 415,000 absent from class last Thursday.

With infections so high among the young, there is the “risk that it [Covid] might now spill over from the children back into the adult group,” said Prof Elliot.

The flatlining of cases could also be fuelled by the ability of the Omicron variant to reinfect people who previously caught Covid, the scientists suggested.

According to the survey, two-thirds of people who tested positive between 5 and 20 January said they had previously been infected with Covid.

“Those with infection were 10-times more likely to have reported previous Covid-19, suggesting continued higher risk of exposure,” the authors said.

“Such individuals were more likely to be key workers (health care, social care or other key workers), to live in larger households, to have one or more children in the household and to live in the most deprived areas.”

However, Prof Elliot cautioned that the volunteers did not provide information on when they had previously caught Covid, raising the possibility that they were still testing positive for the React study from a lingering infection that was picked up in December.

“Because Omicron has taken off so quickly, they may have had a positive test for Omicron in late December, and then got tested by us. So we can’t absolutely say they’re reinfections. All we can say is that they reported previous Covid-19.”

It comes as a further 94,326 infections and 439 deaths were reported nationally on Tuesday, the highest toll since 24 February last year.

However, the daily Covid death toll is often higher on a Tuesday, when most fatalities from the weekend are included in the tally. Last Tuesday, 438 deaths were reported.

Overall case numbers, deaths and hospital admissions have been slowly falling from a peak after Christmas.

Marvel Fans Are Ready For Wong To Have His Own…