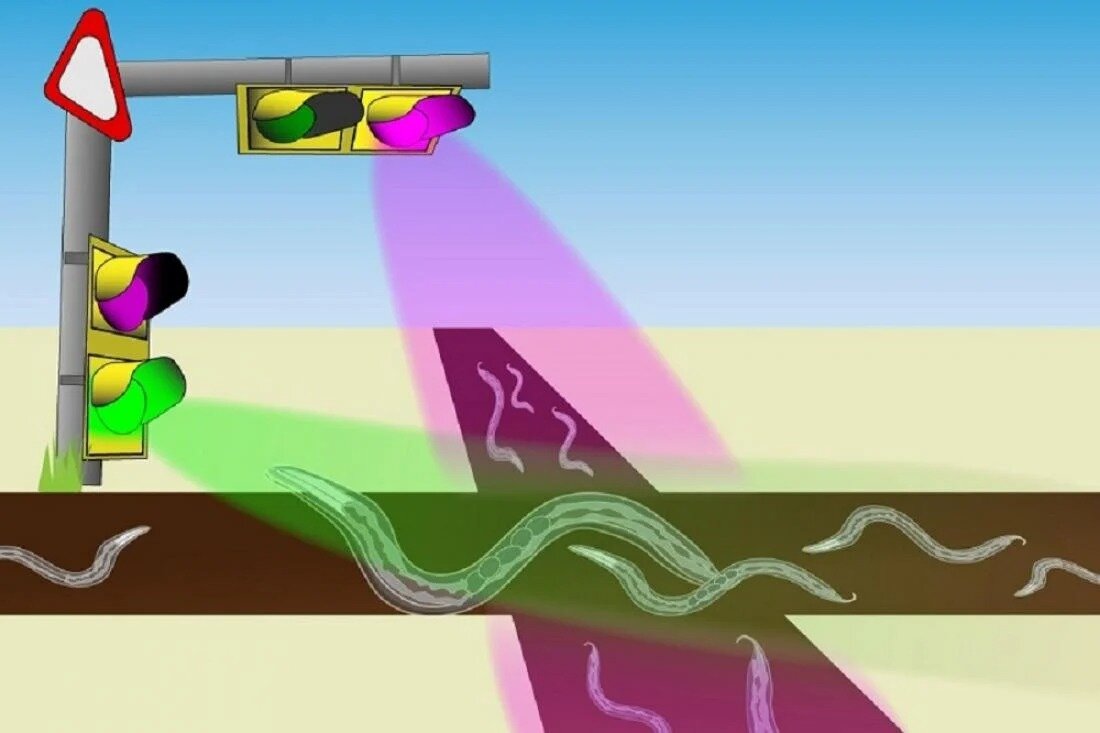 Is it possible to control an animal’s or a cell’s behavior using light? In recent years, remarkable progress in optogenetics has been made as research methods come close to realizing this goal.

A research group led by Professors Mitsumasa Koyanagi and Akihisa Terakita of the Graduate School of Science, and Professor Eriko Kage-Nakadai of the Graduate School of Human Life and Ecology at Osaka Metropolitan University has revealed a new system that allows them to control the behavior of the nematode worm, Caenorhabditis elegans, using two different light-sensitive proteins called opsins.

The research is published in the journal Proceedings of the National Academy of Sciences.

A light-sensitive opsin isolated from mosquitos was introduced into C. elegans’ sensory cells responsible for avoidance behavior that makes the worm move away after sensing a chemical or physical stimulus. The group found that exposing the worms to white light triggered this avoidance behavior, with a sensitivity approximately 7,000 times higher than that observed with channelrhodopsin-2, a common optogenetic protein.

Likewise, a UV-sensitive opsin first found in the pineal organ of lampreys was introduced into motor neurons of C. elegans. After that the worms stopped moving when exposed to UV light and began moving again when exposed to green light. This stop-start behavior was repeated many times, switching between the UV and green lights, indicating that the opsin could be switched on and off without destroying the protein.

“Both the mosquito and lamprey opsins we used are members of the G protein-coupled receptor (GPCR) family of receptors—which are used to sense various stimuli including smell, taste, hormones, and neurotransmitters—demonstrating that this system using light can be used to manipulate various GPCRs and their subsequent intracellular signaling and physiological responses,” said Professor Koyanagi.

Importantly, both opsins tested are bistable, meaning they can switch between stable forms when active and inactive without photobleaching or breaking down, allowing them to be used again after absorbing a different wavelength of light. The difference between the wavelengths of UV and green lights is large enough that inactive UV-sensitive opsin can recover, allowing for color-dependent on-and-off optogenetic control of GPCR signaling.

“The high-performance optogenetic tool based on bistable animal GPCR opsins reported here is a breakthrough, not only in a wide range of biological research, but might contribute to the field of drug discovery where it has already received considerable attention,” concluded Professor Terakita.

This Jujutsu Kaisen gaming PC is a lesson in cable management

I emptied my wallet on a 4K TV, Sony XM5 headphones and a dog camera on Cyber Monday