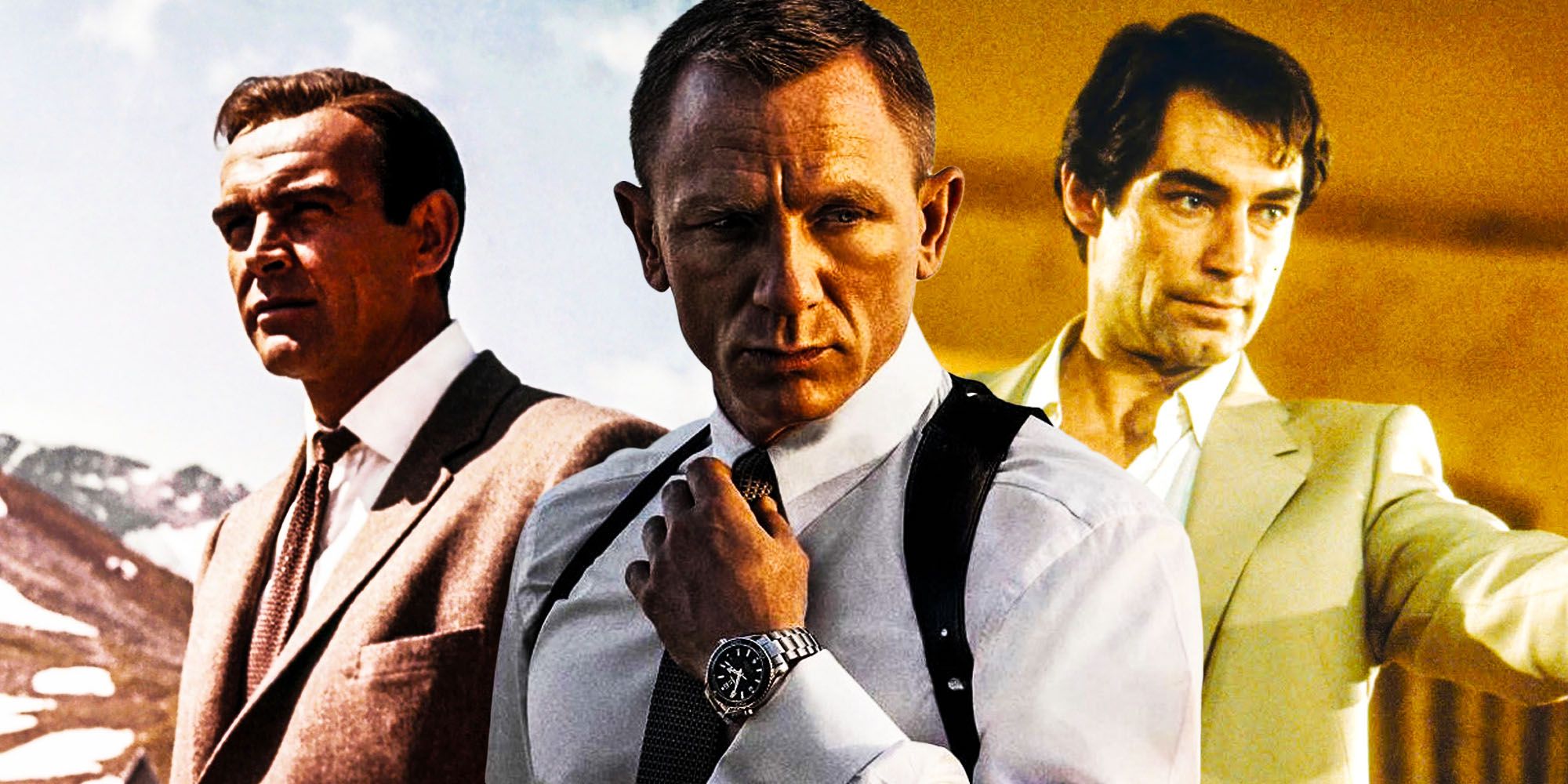 While fans argue about the best James Bond actor, Sean Connery, Timothy Dalton and Daniel Craig all have the same favorite movie in the series.

Fans may debate who the best James Bond actor is, but Sean Connery, Timothy Dalton and Daniel Craig all share the same favorite movie in the series. Sean Connery was the first actor to take on the 007 role with 1962’s Dr. No. This was a relatively modestly budgeted spy thriller, but thanks to Connery’s charismatic turn and the movie’s thrilling action, it became a surprise success. The series soon became one of the first major movie franchises, especially following the runaway smash of the third entry Goldfinger in 1964.

Sean Connery soon grew weary of both the series and the character, especially after falling out with the producers. George Lazenby was his first replacement, with Roger Moore, Timothy Dalton, Pierce Brosnan and Daniel Craig all inheriting the Walter PPK over the years. Craig is set to end his run – which began with 2006’s Casino Royale – with the long-delayed No Time To Die. This will be the actor’s fifth outing in the part, and it’s currently unknown who will be his successor; whoever it is, they will have mighty big shoes to fill.

Each actor brought something different to the role. Connery had smoldering charisma but could also turn vicious, while Moore’s take was defined by a wry wit. Dalton took a more romantic approach to his 007, while Craig’s gritty Bond reinvented the character for the 2000s. Fans will debate endlessly about who the “best” James Bond actor is, and while the broad consensus appears to be Connery, they’ve all got their strong points. That said, Connery, Dalton and Craig all feel From Russia With Love is the best Bond adventure.

From Russia With Love was the second movie in the series, which sent Sean Connery’s Bond on a daring mission to Russia to recover a code machine. The sequel expanded the scope of the series, in addition to introducing elements like gadgets, Q, Blofeld, and memorable henchmen. It’s one of the best movies in the series, and Connery was so fond of it he later agreed to reprise 007 for the 2006 video game adaptation; this proved to be his final acting role.

Timothy Dalton and Daniel Craig have also proclaimed From Russia With Love their favorite Bond movie, with the latter reportedly wishing to make No Time To Die to feel like a modern-day take on the 1963 film. The James Bond actors aren’t alone in their thoughts on the film either, with franchise producers Cubby Broccoli, Barbara Broccoli and Michael G. Wilson all dubbing their favorite entry too, as did Miss Moneypenny performer Lois Maxwell.

Next: For Your Eyes Only Contains Roger Moore’s Darkest Kill As James Bond

It’s pronounced Paw-rick, not Pad-raig. Now that’s out of the way, a brief introduction. Padraig has been writing about film online since 2012, when a friend asked if he’d like to contribute the occasional review or feature to their site.

A part-time hobby soon blossomed into a career when he discovered he really loved writing about movies, TV and video games – he even (arguably) had a little bit of talent for it. He has written words for Den of Geek, Collider, The Irish Times and Screen Rant over the years, and can discuss anything from the MCU – where Hawkeye is clearly the best character – to the most obscure cult b-movie gem, and his hot takes often require heat resistant gloves to handle.

He’s super modern too, so his favorite movies include Jaws, Die Hard, The Thing, Ghostbusters and Batman. He can be found as i_Padds on Twitter making bad puns.

Shazam! Fury Of The Gods Set Photos Reveal New Look At The Family