Concrete Has A Dirty Little Secret. Can Biology Solve It? 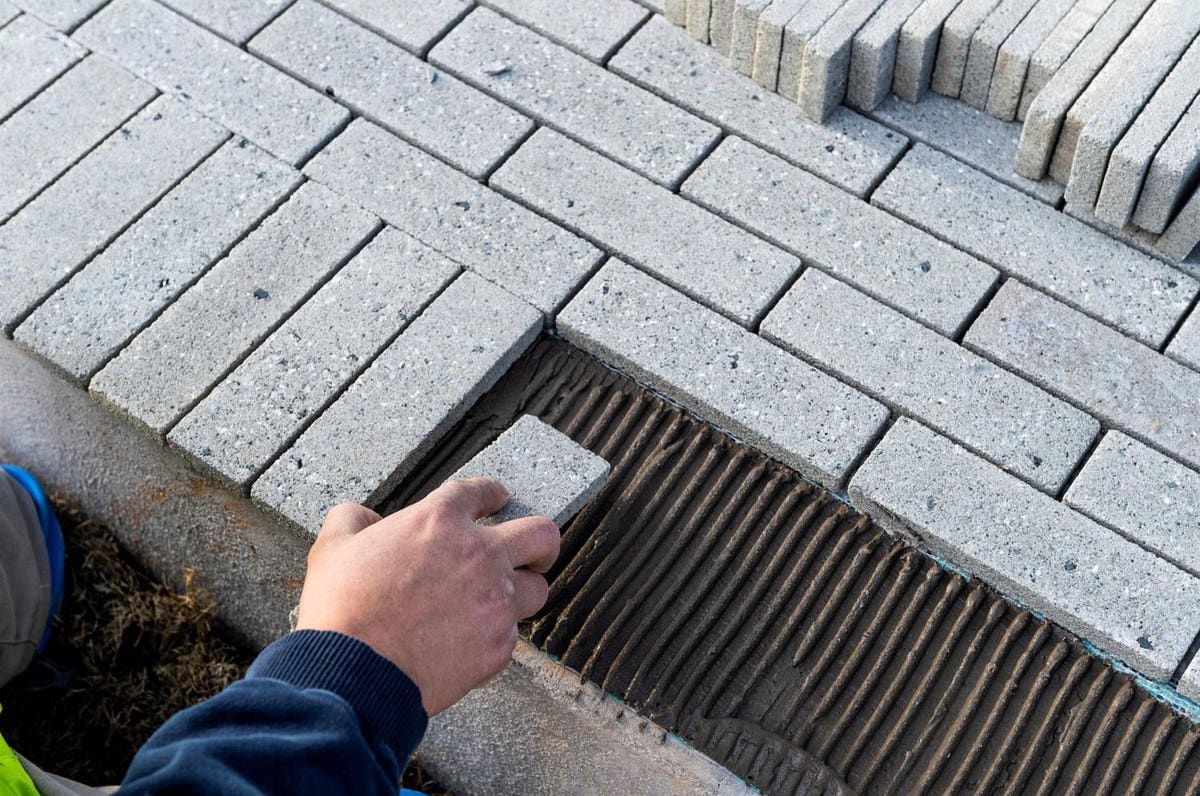 Unless you are a particular kind of architecture nerd, you probably never think about concrete. The ancient building material is dull, heavy, and gray — not exactly inspiring. It forms the world’s largest dams, ugliest highways, and the underside of most homes. But concrete is worth paying attention to because of how quickly it is destroying the planet.

After water, concrete is the most used material on Earth. Hulking masses of the stuff can be found nearly everywhere that people live. And as billions break free from the shackles of poverty, concrete demand is now higher than ever before. Between 2011 and 2013, China poured more new concrete than the United States did in the whole prior century.

Making this much concrete is a disaster for the planet. To manufacture it, billions of tons of limestone are burned inside gigantic coal-powered furnaces, unleashing truly unbelievable flows of carbon dioxide. In just one step of the nightmare process, we emit by weight about as much carbon pollution as we gain in useful material. Today’s concrete industry is one of the world’s worst climate offenses.

Ginger Krieg Dosier, who heads the North Carolina company Biomason, is on a mission to change that.

For the past ten years, Biomason has developed ways of growing concrete bricks using microbes. Their existing products, which meet or exceed the material properties of traditional concrete bricks, require zero carbon emissions to produce and come in several colors.

“Our goal is to cut 25 percent of the concrete industries’ carbon emissions by 2030,” Krieg Dosier tells me. “I think that solving [the problem] with biology is the most beautiful way to fix this,” she says.

In simple terms, all concrete is made by mixing water, crushed rocks, and a binding agent called cement. Producing cement is where the current climate agony comes from. That gray powder alone costs us four times more CO2 per year than all air travel combined. Biomason’s solution for making bio-inspired cement “cures the disease rather than the symptoms,” explains Krieg Dosier.

In their process, limestone isn’t burned at all. Instead, trillions of living microbes are mixed with crushed rock as well as simple powders that contain carbon and nitrogen. Some water is sloshed in and the whole slurry is placed into brick molds. Wait three days at room temperature and voila — you’ve got concrete. But how does biology do it?It turns out that microbes have always been a part of concrete’s story. The limestone that is burned in traditional cement manufacturing is itself composed largely of the sedimented remains of ancient microbial life.

Those oceanic microbes — like many still alive today — had the ability to stitch together strong inorganic materials from simple elements around them. This amazing natural process, called biomineralization, is the beating heart of Biomason’s technology.

Some of the first bricks ever made by Biomason were installed in 2015 as test patios in San Francisco. Krieg Dosier and her team have returned to the sites several times over the years to see how their products are holding up. “We try to collect as much data as we can, and we do use different types of third-party testing in the lab to measure durability,” she tells me. “But nothing beats a real-world test.”

“When you look at the failure modes of traditional concrete bricks, you usually see cracking,” she explains. “[In our products], we’re not finding cracks.”

Her bricks aren’t the only things standing up to pressure. Having recently secured $65 million more in Series C funding, Biomason is booming. But on the phone, Krieg Dosier sounds calm.

“Internally, we’re in a Manhattan-Project style mode,” she says through her dulcet Alabama accent.

The company has landed a major partnership with H&M Group, the firm behind the global clothing brand. H&M has announced bold plans to lessen its impact on the environment. Among those plans is a commitment to use Biomason’s sustainable cement flooring in all new stores.

She is hopeful about her company’s ability to scale. “In the last 18 months, we have seen such a demand. It’s the [building] developers who are really championing decarbonization. Our first European facility is in Denmark, and it’s serving all the demand we’re getting in Scandinavia.”

Next on Biomason’s agenda is to move beyond pre-made bricks into ready-mix concrete, which is prepared on-site, often in large mixing trucks. By some estimates, ready-mix concrete accounts for 85 percent of use cases. “It’s an area we need to get into,” says Krieg Dosier.

Krieg Dosier is buoyed by the rising interest in her company’s solutions, but she notes that, when it comes to halting the climate crisis, “people need to become more aware, and we need to change the materials we use. We can’t wait another 20 years. We have to do something now.”

Thank you to Ian Haydon for additional research and reporting in this article. I’m the founder of SynBioBeta and some of the companies that I write about are sponsors of the SynBioBeta Conference and our weekly digest.

Denial of responsibility! TechCodex is an automatic aggregator of the all world’s media. In each content, the hyperlink to the primary source is specified. All trademarks belong to their rightful owners, all materials to their authors. If you are the owner of the content and do not want us to publish your materials, please contact us by email – [email protected]. The content will be deleted within 24 hours.
BiologyBiomasonbiotechnologyConcrete Has A Dirty Little SecretGinger Krieg Dosier
0
Share