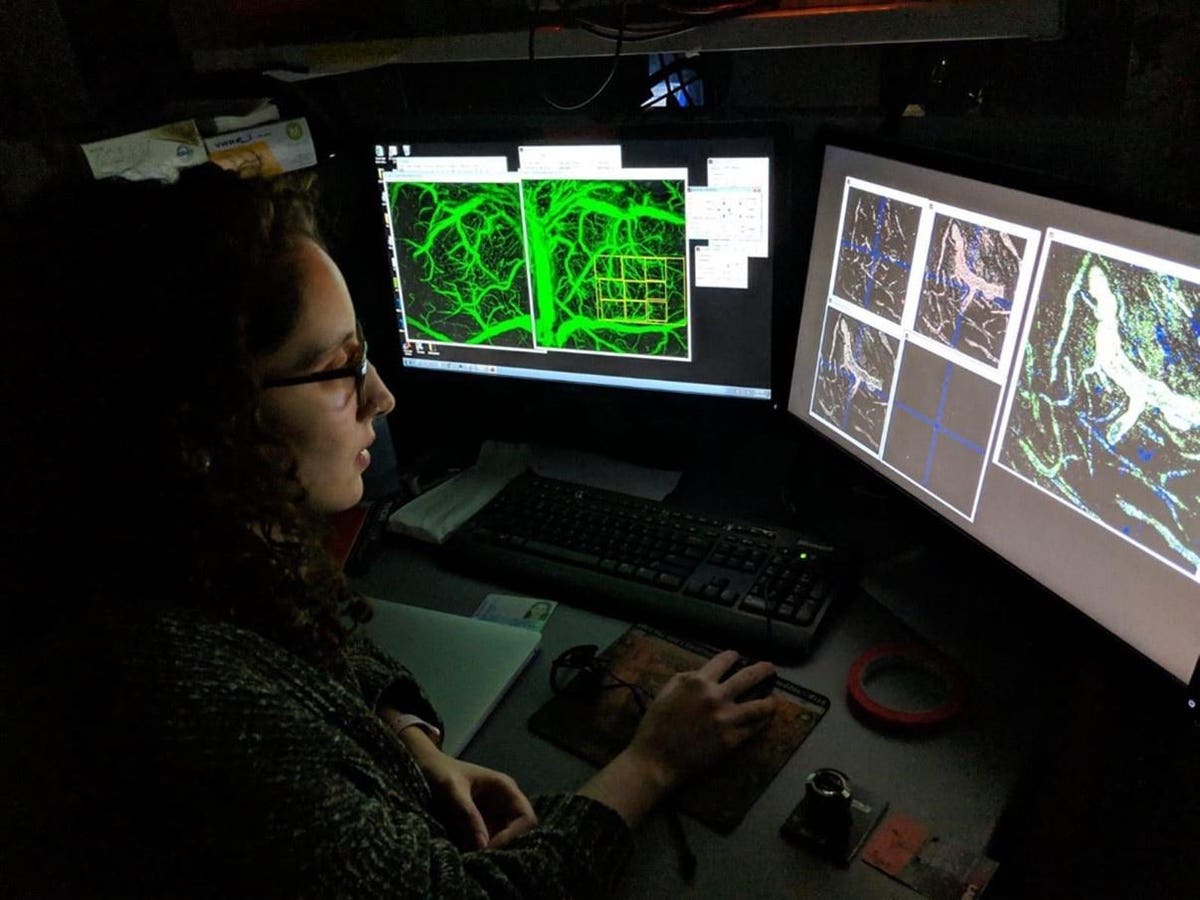 Colombian researcher Nancy Ruiz-Uribe is working to unlock the mysteries of the physiological and molecular mechanisms of Alzheimer’s disease, using her background in physics.

Ruiz-Uribe, who is a PhD candidate in Biomedical Engineering at Cornell University, says she focuses on understanding what happens in the brain when amyloid plaques aggregate in the tissue, specifically, how these protein aggregates trigger inflammation in blood vessels, leading to blood flow deficits and as a result, cognitive decline.

“Since Alzheimer’s disease has no cure or effective treatment up to this date, it is vital for scientists to understand the underlying mechanisms of the disease,” she says,”Blood flow deficits are one of the earliest biomarkers of the disease, therefore, is important to understand where this deficit is coming from and how we can ameliorate it.”

“I’m interested in looking at diverse therapeutic targets that ameliorate inflammation and oxidative stress,” she says, adding that developing new therapeutic strategies is important because all clinical trials targeting amyloid beta (the main driver of the disease have failed throughout the years.

“Research with animal models can help us understand the basic science behind the disease,” she says, “In my every-day research I use mouse models of AD, but I have also had the privilege to participate as a research scientist in clinical trials involving patients at early stages of the disease, what we call “prodromal and mild AD”.

Ruiz-Uribe says her home country of Colombia has the largest population of familial Alzheimer’s disease in the world.

“This population has also suffered of countless failed clinical trials,” she says, “therefore, conducting research in this area feels tremendously important, since this disease is affecting everyone throughout the globe.

Ruiz-Uribe says it is also important for scientists to effectively communicate their research to physicians and the general public.

“If we want to find the cure for this disease, we have to work together,” she says.

From Physics to Alzheimer’s

Ruiz-Uribe grew up in Bogotá, Colombia and says her journey in STEM started when she was very young, but during her senior year in high school, she read a book that changed her life: A Brief History of Time by Stephen Hawking.

“I fell in love with physics and decided to pursue an undergraduate degree at Universidad de los Andes, but it wasn’t at all easy… the courses were very challenging, and the program very competitive,” she says, adding that physics is a highly male-dominated field and she struggled to feel a sense of “belonging.”

“I began suffering from imposter syndrome and didn’t feel smart enough to fit in the program, so I started taking classes in other disciplines to feel motivated again and regain the passion for science I had lost during my first two years of college,” she says.

After stumbling across a class called “biology of organisms”, a course that covered the evolution of life from a single celled organism to multicellular organisms, animals, and humans, she fell in love with biology, going on to graduate with degrees in both biology and physics.

She would combine both disciplines to study the biophysical and mechanical properties of a deadly tropical parasite: Trypanosoma cruzi, the causative agent of Chagas disease.

“For this project I had to work closely with doctors, immunologists and parasitologists, as well as gaining substantial knowledge of advanced microscopy,” Ruiz-Uribe says, “My growing curiosity for medicine and technology development led me where I am now today.

Other Colombians working on Alzhiemer’s Disease are Marlene Jimenez and Carlos Velez.

This husband and wife team observed Alzheimer’s precursor molecules in cells taken from newborns – a boon for research into the earliest stages of a disease that doesn’t start to show symptoms until people are in their forties.

Denial of responsibility! TechCodex is an automatic aggregator of the all world’s media. In each content, the hyperlink to the primary source is specified. All trademarks belong to their rightful owners, all materials to their authors. If you are the owner of the content and do not want us to publish your materials, please contact us by email – [email protected]. The content will be deleted within 24 hours.
A Brief History of TimeAlzheimerBiologyColombiancornell universityglobalsouthsciencePhysicswomeninSTEM
0
Share

Ghostbusters Will Be Getting A New VR Game In 2023