Climate compensation for poorer countries must top agenda at COP27 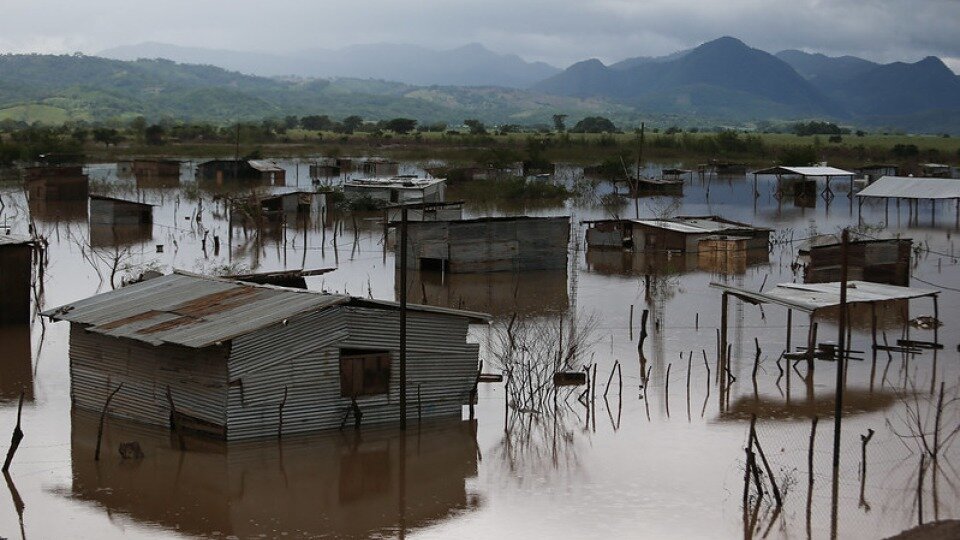 The UNFCCC climate meeting COP27 is currently taking place in Egypt. With evidence growing that green house gas emissions are making extreme events occur more frequently, and with greater intensity, loss and damage has emerged as one of the most important topics at the meeting. Developing countries and civil society are mobilizing for compensation, and are demanding that polluters pay.

Lund University professor, and IPCC author Emily Boyd, is leading one of the first research groups in Sweden on loss and damage. Together with other research colleagues from Lund University she is attending COP27 in Egypt, and is organizing a workshop on non-economic losses and damages together with African scholars.

What are the most important questions to be discussed at COP?

Apart from crucial discussions on how to reconnect to the Paris agreement and reinforce current pledges on adaptation and mitigation, the question of compensation for loss and damage will be critical at this year’s COP. While it might not feature very heavily on the formal agenda, there is a strong push for action on loss and damage amongst civil society, developing countries and vulnerable groups and communities.

What is loss and damage and why is it so important for this COP?

Put simply, loss and damage from climate change is what happens when adaptation reaches its limits and mitigation fails. Losses are permanent and irreversible, for example of human lives, health, species loss, cultural heritage, traditions and livelihoods. Whereas damages are things that are damaged, for example degraded ecosystems, that can be repaired or restored.

The finance questions is the most sensitive issue, and one which developed countries will try to avoid. For developing countries on the other hand, this is the most important one. They want promises that richer countries will pay compensation for climate change induced losses, under the parole: the polluter pays. It is a fight for a recognition of historical responsibility on the part of the developed countries, and ultimately an issue of climate justice.

Why do we see such a strong push for loss and damage now?

The climate impacts we are seeing, all around the world, and at a scale never witnessed before, are a clear example that adaptations are failing, or that efforts are not enough.

This year we are seeing an unprecedented mobilization for compensation for loss and damage amongst civil society. Leading up to COP27, groups all over the world have called on Egypt to include it on the formal agenda. There is a growing sense of the need for climate action—informed by extreme event attribution that establishes a clear link between emissions and extreme events. Already, there are many studies emerging where this link is being showed such as the spring heatwave in India and Pakistan and drought in Europe this summer were made more severe because of climate change.

What would you like to see happen for loss and damage at COP?

We need to see renewed commitments to emissions reductions firstly. Secondly we need to have tangible support for adaptation financing that builds on good development practice. Thirdly, we need to see some form of agreement on how to realize the loss and damage mechanism. Denmark and other countries have established limited funds for loss and damage. Still we have limited information about how these will work. However, the question of finance is very hard to solve. No matter how negotiations go there are real and material impacts affecting people now.

We also need to remember that the COP is not a decision making body in the sense that the agreements are binding under national law. Change and regulation happen at the national level through ambitious climate politics. However, the COPs play a role for reconnecting countries to the Paris agreement, and push forward with implementation. It is also a great forum to safeguard peace and security, not least today, since countries meet for multilateral talks, and sign agreements.

What are your main contributions to the research on loss and damage?

My current research focuses among other on non-economic loss and damage, which include intangible losses like loss of identity, culture, traditions and networks due to relocation or because of changes in people’s surroundings such as deforestation or sea level rise. The science on loss is growing, and we want to broaden the understanding of loss and damage at the UNFCCC level, and among policy makers. What does it mean to become displaced, what loss is associated with that for example?

I want to push forward with research on how to develop a framework for loss and damage. It is important to identify: where are losses and damages happening, and whom does it affect? Who is responsible and who will pay? Without this knowledge we cannot address inevitable losses and damages, and prepare for how to deal with them in the future. It is about documenting what is happening now, for future generations as an historical record and for political and legal action. We are also looking at how we can link loss and damage to the new science of attribution.