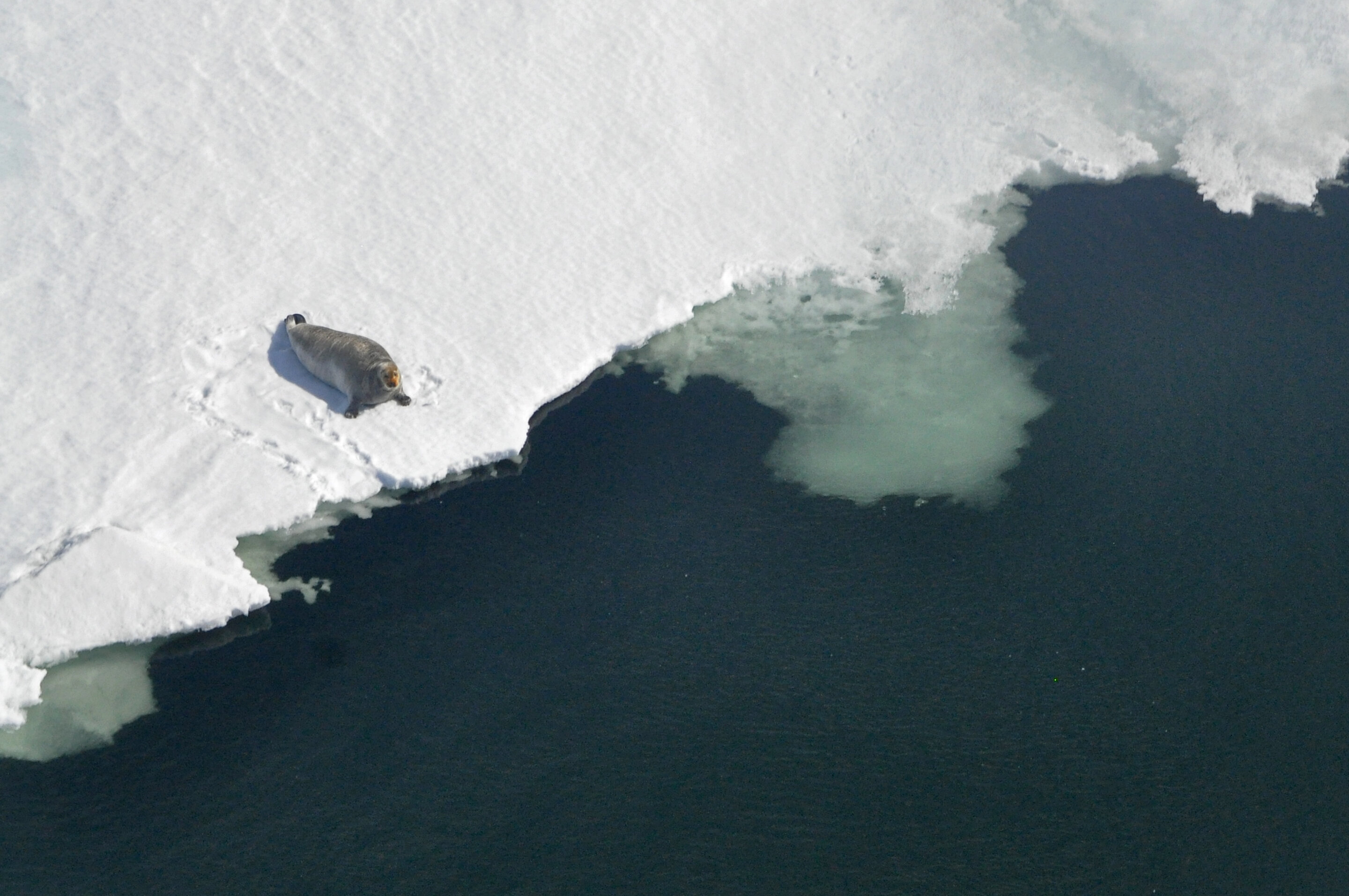 Climate change has severely reduced the length of the seal hunting season in a rural Alaska village, potentially threatening a key feature of the community’s Indigenous way of life.

The Iñupiaq people of Kotzebue have depended on bearded seals, called ugruk in Iñupiaq, for food and clothing for generations. A new study led by Indigenous hunters, the Native Village of Kotzebue and scientists at the University of Alaska Fairbanks shows that over the past 17 years, the seal hunting season has shrunken about one day per year. Sea ice decline is a major cause of the shrinking season.

Both ugruk and hunters are closely tied to specific sea ice conditions. In spring, ugruk follow the melting Chukchi Sea ice edge northward during breakup and enter Kotzebue Sound. Inside the sound, ugruk rest on persistent chunks of floating ice, called floes, while feeding on abundant fish, shrimp and clams.

“Kotzebue Sound provides important spring habitat for bearded seals, with ice floes as platforms for seals to rest on between foraging bouts,” said Donna Hauser, marine mammal biologist at the UAF International Arctic Research Center and co-leader of the research. “We learned from our Kotzebue research partners that hunting ugruk is actually like hunting the right kind of ice.”

Hunters safely and predictably found ugruk on these resting platforms in the past. The study combined hunters’ knowledge of the ice conditions needed for ugruk hunting with data from satellite images. The results showed that the necessary ice floes now melt from the Kotzebue Sound roughly 22 days earlier than they did in 2003, the first year of the study.

“We used to hunt ugruk into July when I was growing up back in the 1950s,” said Bobby Schaeffer, a Kotzebue elder, hunter and co-author of the new paper. “People would be out there during Fourth of July celebration because there was so much ice. Now sometimes we’re done before June comes around.”

While the hunting season is pushed to a close about 26 days earlier on average than in the past, hunters are not necessarily able to begin hunting any earlier. The season’s start timing is driven by the arrival of seals and a hunter’s ability to launch boats through a channel in the ice that opens in front of Kotzebue.

Squeezing the hunting season into a shorter window means that there is less flexibility for hunters.

“Now in some years there is only a good weekend or two, and if people want to maximize their opportunity, they have to prepare before the season even starts,” said Alex Whiting, director of the Native Village of Kotzebue’s Environmental Program and co-leader of the research.

Whiting said he was inspired to start a journal in 2002 after reading records of Alaska from the early 1900s.

“When you’re living in the present, daily activities don’t seem particularly notable or remarkable,” explained Whiting. “But I understood that they would be useful over time and that things were changing rapidly, and it would be great to have a record of it.”

Even with the shrinking season, Whiting’s tribal records show that harvest success has not significantly changed. Instead, it is the type of hunting experience that has shifted. Past ice floes were large and complex, and hunters had to search long and far to find ugruk. Now, with less ice, hunters typically embark on shorter, more frequent trips.

Hunters have noticed that ugruk seem to have changed their behavior too. They often congregate in large groups on the scarce ice floes. Spring 2019 stood out to hunters and scientists because Kotzebue Sound was nearly devoid of ice. Hundreds of ugruk gathered on just a few floes near Kotzebue. Hunting success was high, and effort was low.

Hunters worry that in future years, ugruk and ice floes may be farther from Kotzebue across large expanses of open water, increasing the risk to boaters and lowering their chance of a successful hunt.

10 Oscar Isaac Movies and TV Shows To Watch If You…

Movies That Made Us Season 3 Trailer Features…

Google has more cross-site trackers than other…

Protect your iPhone 13 with an Otterbox case for…

Knights of the Zodiac Live-Action Adaptation to…