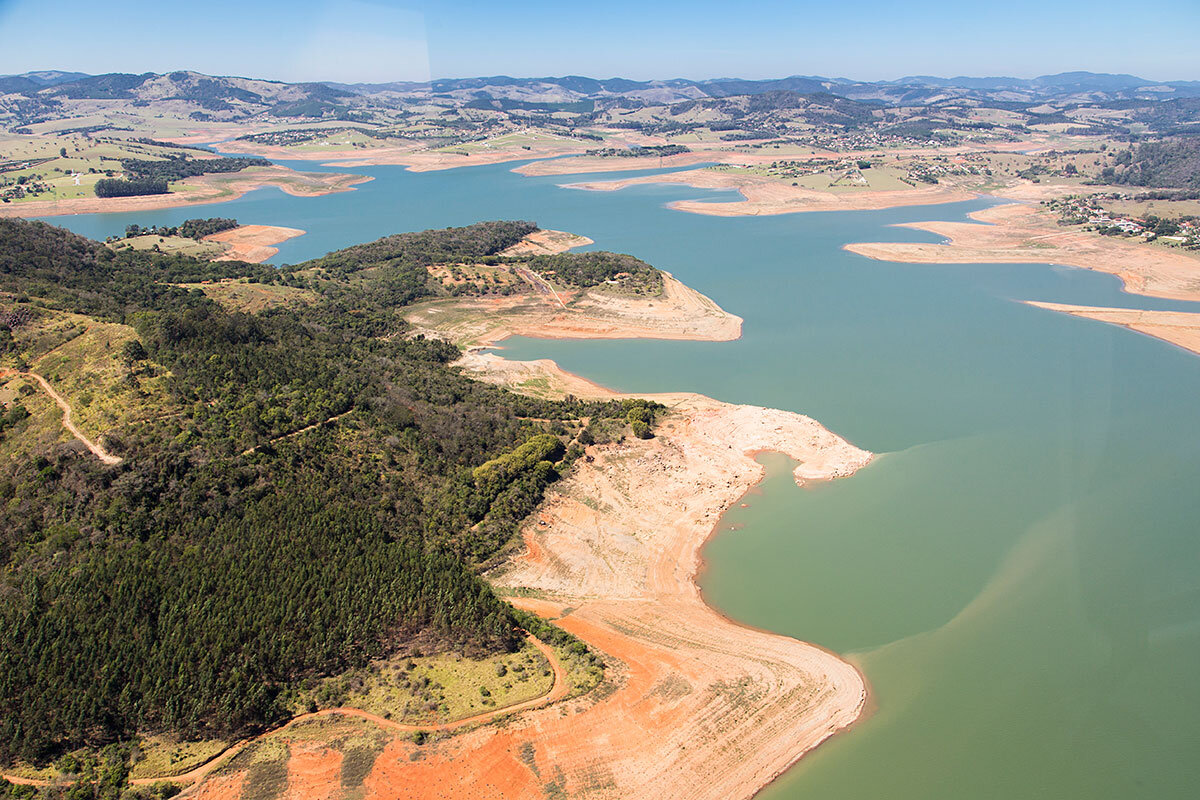 Hydropower is the dominant source of energy in the Amazon region, the world’s largest river basin and a hotspot for future hydropower development. However, a new Global Environmental Change study warns that in the coming decades, climate change-driven reductions in precipitation and river discharge will diminish the Amazon’s hydropower capacity.

The study’s authors examined 351 proposed hydropower projects in the Amazon basin. Their findings suggest that hydrologic shifts by midcentury will reduce hydropower generation at many locations. As river discharge becomes increasingly variable and hydropower output declines, alternative energy sources like solar and wind are expected to become ever more important.

Co-author Stephen Hamilton, an ecosystem ecologist at Cary Institute of Ecosystem Studies, explains, “Hydropower projects in the Amazon basin are designed to operate under flow regimes based on historic river levels. Climate change is disrupting these patterns, meaning that many existing and proposed projects are unlikely to be as effective under future conditions.”

Using several climate change scenarios defined by the IPCC, the team modeled continental-scale changes in precipitation and river discharge to see where and how hydropower production is likely to shift. They also estimated changes in energy costs, comparing costs of hydropower to solar and wind energy in the Amazon region.

Continent-scale changes in precipitation and runoff, which influence river discharge, were estimated using general circulation models that use climate data to project future precipitation trends. Inputs include information on air temperature, humidity, wind speed, solar radiation, pressure, and precipitation. Power output at proposed dam sites was estimated using information on the maximum and minimum river flows at each site under both current and future climate conditions.

They found that by midcentury, river flows at proposed dam sites across the Amazon basin are projected to decline by 13-20% overall, with significant regional variability. Declines in the east (the Brazilian Amazon) range from 18-23%. In the west (Andean Amazon countries), where rainfall is likely to increase, flows could rise by 1.5-2.5%. Energy output is projected to reflect these changes in river discharge. Increasingly variable flows in the Brazilian Amazon tributaries mean this region is likely to be most severely affected.

Lead author Rafael Almeida, a postdoctoral researcher at Cornell University who was formerly a visiting graduate student at Cary, explains, “Run-of-river hydropower dams are designed to operate within a particular range of flows. Flows that are too low won’t generate power, and flows that are too high must be ‘spilled’, causing problems, and not generating extra power. As the Brazilian Amazon experiences more variability in precipitation, with higher ‘highs’, lower ‘lows’, and fewer periods of optimal flow, it will mean proposed hydropower plants will operate at full capacity less often.”

In regions where hydropower energy production is projected to diminish, energy costs will increase—in some areas, drastically. In Brazil, the levelized cost of energy for proposed dams could jump by 52-105%.

Almeida says, “We expected to see reduced competitiveness of Amazon hydropower due to climate change, but the projected magnitude is staggering. Looking at dams proposed for Brazil, the cost at which electricity would need to be sold to fully return capital investments could more than double for a quarter of the sites proposed.”

Hamilton says, “Hydropower plants take a long time to plan and build. Many of the proposed projects, if completed, would be coming online close to midcentury. By the time these dams are built, many will not be as reliable or cost effective as expected due to climate change. Meanwhile, solar and wind power are slated to become more economically competitive, conferring greater security with fewer environmental costs than hydropower. Dams block fish migrations, flood upstream environments, and alter river flow patterns downstream, all causing serious ecological and social impacts.

Hydropower needs to be designed to operate in concert with alternative energy sources like solar and wind so periods of low river flows do not disrupt electrical grids that supply vital power to cities and industries. New hydropower facilities should be carefully sited in locations of more reliable flows, and designed to operate over a broader range of flows than historical experience would indicate.”

Almeida concludes, “Energy planners need to focus on climate resilience. Brazil, for example, has over 200 million people and hydropower is the dominant energy source. This year, Brazilian hydropower reservoirs are at record lows due to extreme drought; as a result, Brazil might need to start rationing power. Ensuring energy security into the future will require diversifying energy sources to include solar and wind, and adapting hydropower plans to suit future—not historic—river flows.”

Watch: Shazam! Fury Of The Gods Debuts At DC…