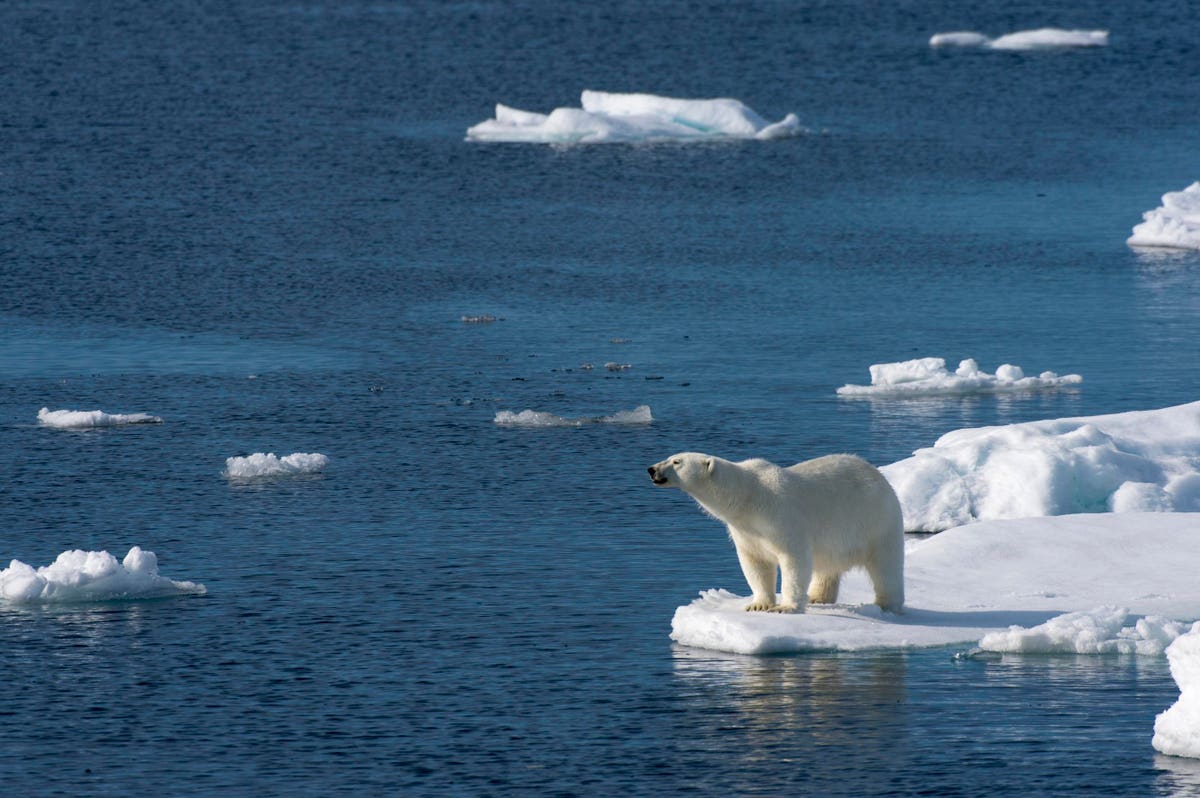 Images of polar bears clinging to small blocks of ice are often used as a symbol of the ill effects of climate change.

Now, scientists say they have found another way in which polar bear populations are suffering because of climate change — increased inbreeding, which could be leading to less genetic diversity.

Norwegian researchers tested tissue samples from 626 polar bears that were collected over the past two decades from four different areas on Svalbard, an island between mainland Norway and the North Pole.

By looking at differences in the DNA among bears from different areas across time, the scientists found that genetic diversity within the bears decreased. They also found that genetic differences among the geographical groups of bears increased. This suggests that climate-induced habitat fragmentation due to sea-ice loss may have resulted in the separation of these different groups, causing more inbreeding within groups, according to a paper published in Proceedings of the Royal Society B.

Increased ice loss is predicted to continue this trend, according to lead author  Simo Maduna. He said that “the loss of genetic diversity will likely be pronounced if there are fewer polar bears in general because of various climate-related threats to the species.”

“(The new study) highlights the fact that climate change is the single greatest threat to the long-term conservation of the species,” said Evan Richardson, a polar bear research scientist with Environment and Climate Change Canada.

Genetic diversity gives animals more “tools in the toolbox” to respond to new challenges like pathogens or a changing environment, says Richardson. This means climate-driven loss of genetic diversity could make the bears more vulnerable to other climate impacts.

“(Loss of genetic diversity) is particularly problematic because species’ ability to adapt to future changes depends on their genetic diversity,” explained Orly Razgour, a molecular ecologist and conservation biologist at the University of Exeter.

Razgour said species with restricted habitat requirements and those living in colder climates, like polar bears, are likely to suffer from increased population isolation and decreased population sizes, which leads to inbreeding and loss of genetic diversity.

She said the study “highlights the importance of long-term genetic monitoring to highlight the impacts of climate change on species conservation status.” But she said she wished the study had sequenced the whole genome for polar bears rather than looking for specific markers.

Richardson said genomics provides a powerful tool for monitoring polar bear populations and relationships, given that the animals’ remote habitat makes it difficult to observe their breeding patterns in real-time.

Denial of responsibility! TechCodex is an automatic aggregator of the all world’s media. In each content, the hyperlink to the primary source is specified. All trademarks belong to their rightful owners, all materials to their authors. If you are the owner of the content and do not want us to publish your materials, please contact us by email – [email protected]. The content will be deleted within 24 hours.
Climate ChangeDiversitypolar bearsSvalbard
0
Share